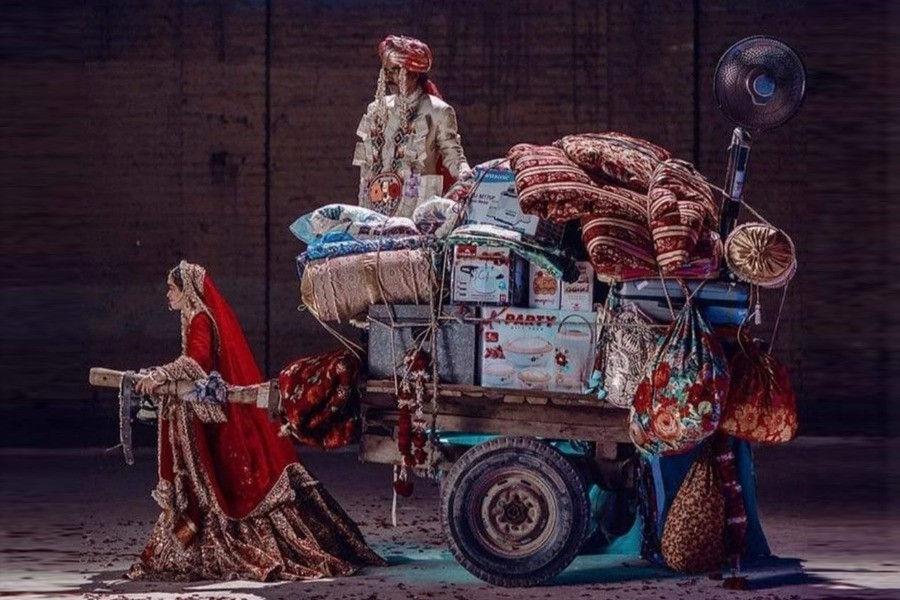 Designer Ali Xeeshan‘s clothes may or may not be your cup of tea, but his campaigns are executed wonderfully and are admired by all. His latest bridal collection, Numaish X UN Women, has won our hearts. The designer’s latest fashion film depicts the ugly face of society. Most families collect dowry for their daughters, including all necessary items for a new home, even today.

This age-old tradition puts the burden on the family and the daughter herself for taking items along with her to her new home. Ali Xeeshan as a label has always promoted marriage as a beautiful connection and not a painful one for daughters or their families. Even though the clothes come with quite a price tag, the brand’s idea of marriage is modern and holy.

Have a look at the Fashion film here:

The fashion film will surely send chills down your spine. Twitter is also talking about the issue at hand raised by the designer’s latest campaign.

A Loud and Clear Message.
Say NO to DOWRY.

Saw this picture and loved it. True presentation of burden of dowry on the shoulders of girl and her family. I couldnt resist to share it. Let's stand together for drowy free Pakistan #SayNoToDowry pic.twitter.com/6HU335NGne

The designer presented his collection at the Pantene HUM Bridal Couture Week, where the bride and the groom on the ramp were seen dragging a wheeled cart full of dowry items behind their back making it difficult for the two, seemingly the bride in her full-length lehenga to walk properly. How poetic is that!

Senior journalist, Maliha Rehman wrote on Instagram: A catwalk statement, #AliXeeshan style: model #HasnainLehri walking out with a child bride laden with a dowry that she can only barely drag down the catwalk. It makes for such a powerful image against the practice of dowry, put forward by @alixeeshantheaterstudio in the collection ‘Numaish’ at the #PanteneHumBridalCoutureWeek.

This is not the first time the designer has raised a social issue in his work. Previously, the designer partnered with Ali Rez where an underage girl was presented on the ramp to walk with a uniform and a backup called ‘The bridal uniform’ raising concern of girls being married off before the age fo 18 in Pakistan. 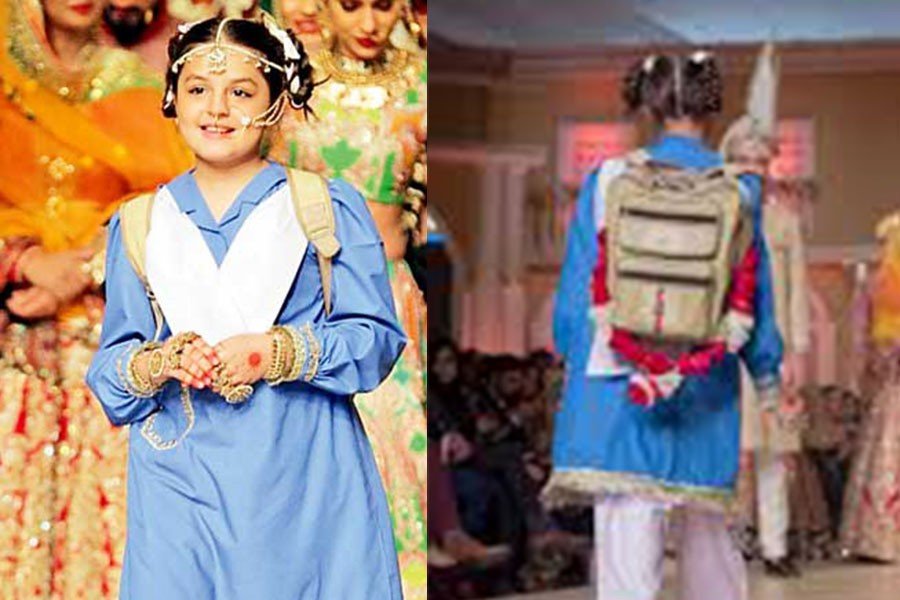