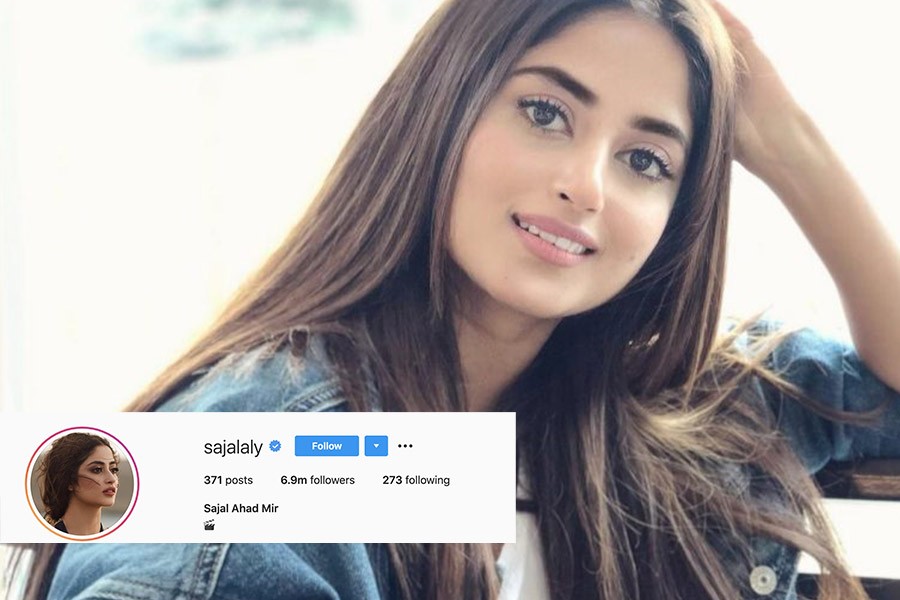 Sajal Aly is one of the most promising actresses in the Pakistani film industry. She is always in the news for her promising roles—however, this time the star has made it to the headlines for an unusual reason. Apparently, netizens have noticed that the star is on a massive unfollowing spree on Instagram from following 344 handles to following 273 posts only. Not just that, she has also deleted more than half of her pictures, from a whopping 700 + images to 371.

Aly holds a strong social media presence, with over 7 million followers on Instagram. Her being one of the most followed celebrities in Pakistan is why her fans are speculating why the star has taken such a step.  A few weeks ago, BBC journalist Haroon Rashid confirmed that the star is part of Jemima Goldsmith’s upcoming rom-com, What’s Love Got to do With it? Alongside Lily James, Shazad Latif, and Emma Thompson in lead roles.

Since this in the star’s first-ever international role, maybe people who maintain Sajal’s social media presence are cleaning her accounts for good. Who knows? It could also be possible that the star is following the footsteps on Deepika Padukone. The Alif actress is known for keeping her life personal from the social media and baseless speculations but looks like she is caught in one this time around.

Previously, Deepika Padukone went on a similar unfollowing spree. However, the Bollywood star deleted all her posts too. Read the full story here and find out why she took such a step:

What do you think might as well be the reason behind it? Have something to add? Let us know in the comment section below.