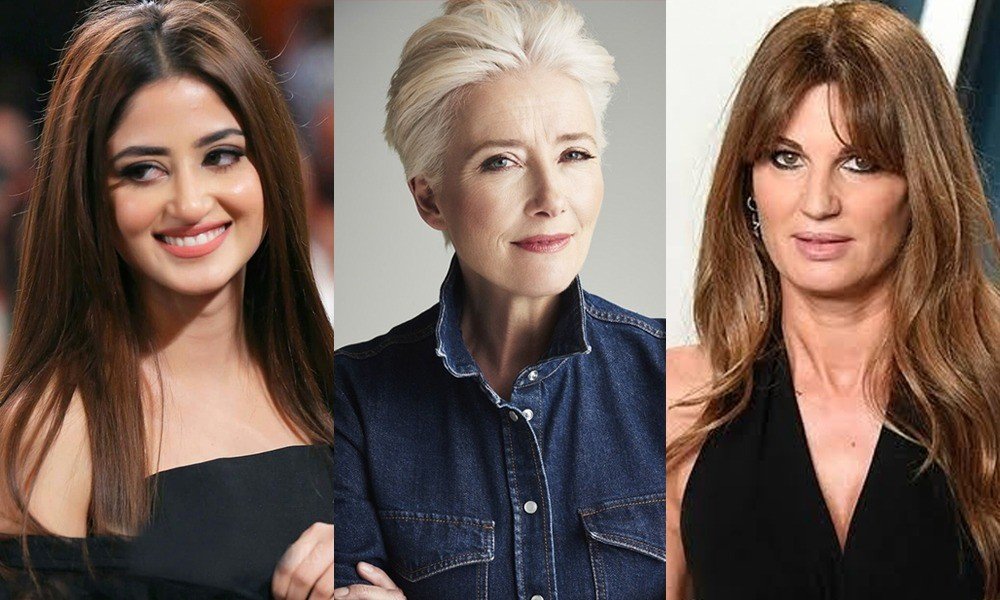 Jemima Goldsmith’s upcoming romantic comedy titled ‘What’s Love Got To With It?’ is in the making. The film stars who were revealed earlier were  Lily James, Shazad Latif, and Emma Thompson in lead roles. However, senior journalist from BBC, Haroon Rashid has just revealed on Twitter that Pakistani actress Sajal Aly might as well be starring in the film too. While the news isn’t confirmed as yet, it is big for a Pakistani actress to work in an English film.

It’s rumoured that Sajal Ali is currently in London shooting for Jemima Goldsmith’s production, What’s Love Got To Do With It, directed by Shekhar Kapur. The film also stars Emma Thompson, Lily James and Shazad Latif. Sajal’s rep has been contacted for confirmation. Huge if true!

It’s rumoured that Sajal Ali is currently in London shooting for Jemima Goldsmith’s production, What’s Love Got To Do With It, directed by Shekhar Kapur. The film also stars Emma Thompson, Lily James and Shazad Latif. Sajal’s rep has been contacted for confirmation. Huge if true!

The film will be produced under the banner of Instinct Productions owned by Jemima herself.  The film is directed by Shekhar Kapur alongside Jemima playing the role of a producer. This film will mark Kapur’s directorial return in the industry since his 2007 Oscar-winning movie Elizabeth: The Golden Age.

Let’s Have a Look at How Twitter Reacted to the News:

This girl is going places ! She deserves all the success . 🤘🏻 This is really huge af #SajalAly https://t.co/6EqqFP1oSD

Such a proud moment for Pakistan. She'll work with an oscar winning director, such a huge achievement @Iamsajalali "never stop dreaming, dreams do come true". Your talent will take you places, you're something else. Sajal working with one of my fav WOMAN ever @Jemima_Khan 🥺❤❤ https://t.co/Tl5YJ3lt2a

Wow! This is huge. So proud of Sajal ♥️ This girl is going places! https://t.co/z1ozqPCkfJ

Jemima is following Sajal on Instagram so I think it's true https://t.co/kJaf8JfdxM

We couldn’t believe it too

PS: This is giving such Momina vibes 🥺❤️🤧 https://t.co/sNY4HeejxF

Now wouldn’t that be interesitng to watch?

What's Love Got To Do With It is believed to be inspired by Jemima’s marriage to Pakistan's PM Imran Khan. https://t.co/jtCGVu7OrJ

While the news of Jemima’s latest venture is making rounds on social media, no set date of the film’s release has been announced as yet. Some sources quoted that the movie would be out later in 2020 but seems like COVID-19 restrictions delayed the production phase.

It's taken 10 years & a million drafts to get here, but it was worth the wait as (Covid/God/Sod willing) I now get to work with all these legends. I am so bloody excited. And terrified. https://t.co/GOHLbWtKKO

An honourable resource lately reported that the film will be set around cross-cultural conflicts of love and marriage. It is expected that the movie will echo Jemima’s own personal experience. Other notable films produced under the same banner include 2019 Emmy-nominated The Case Against Adnan Syed and 2018 drama The Clinton Affair with producer credits to Jemima herself.