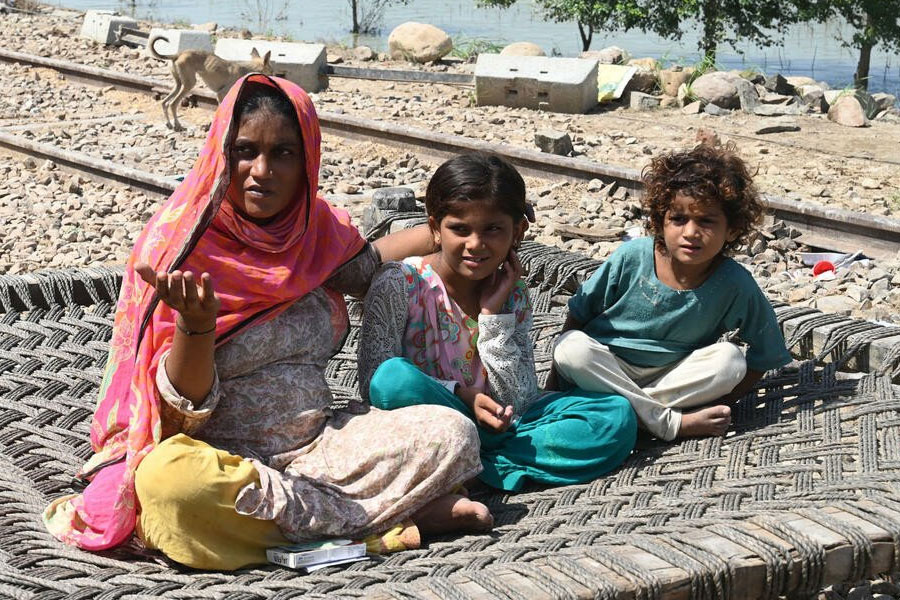 With at least one-third of Pakistan submerged under water, more than 75,000 women are expected to give birth by next month. However, in the current conditions, given that they are facing a lack of resources, are exposed to waterborne disease, and are still awaiting food, shelter, and medicines the danger to the lives of their children and their own has increased.

These displaced women have no access to doctors, clean water, a clean and sanitary environment and other necessities that are making it harder for them to give birth. Moreover, the chances of them falling, slipping, or being exposed to diseases is really high, which can compromise the situation and result in the death of the child and possibly the mother.

Fahmida Bibi is now in her 9th month of pregnancy, while taking to AJ+, she shared that going to the city is not an option as all roads and pathways are flooded.

She is due any day now but is trapped at the campsite, she says walking all day has hurt her feet and given her injuries. Moreover, she has slipped, and if she falls harder it can be fatal for her and the baby.

Extreme heat and climate crisis and other factors are in play, making Pakistan one of the top 5 countries with the highest maternal death rates in South Asia.

“I need a doctor or a midwife. What if something happens to my child?” Fahmida told AFP. “I have nothing prepared for when the baby comes, I don’t even have swaddling clothes. It was all washed away in the flood.”

Another flood survivor who has lost children, Saira Bibi is weak herself, she says she can’t afford the medicines she needs.

“I had a son after four daughters, but he died,” she told AFP, adding that she subsequently underwent fertility treatment for ten months to get pregnant again. Now, her desperate situation has put her chances of carrying this pregnancy to term in jeopardy.

Earlier, in Sindh’s Qambar Shahdadkot District, a woman gave birth to a baby boy next to a pile of rubble which once used to be her home. She named him Sailab Khan after the Pakistan Floods. Moreover, since his birth the mother and baby has been moving around all day trying to find shelter and access to relief goods.

Not getting the healthcare needed for postpartum and other conditions puts both mother and baby at high risk. We hope and pray that these mothers and their babies make it through the crisis safe and sound.