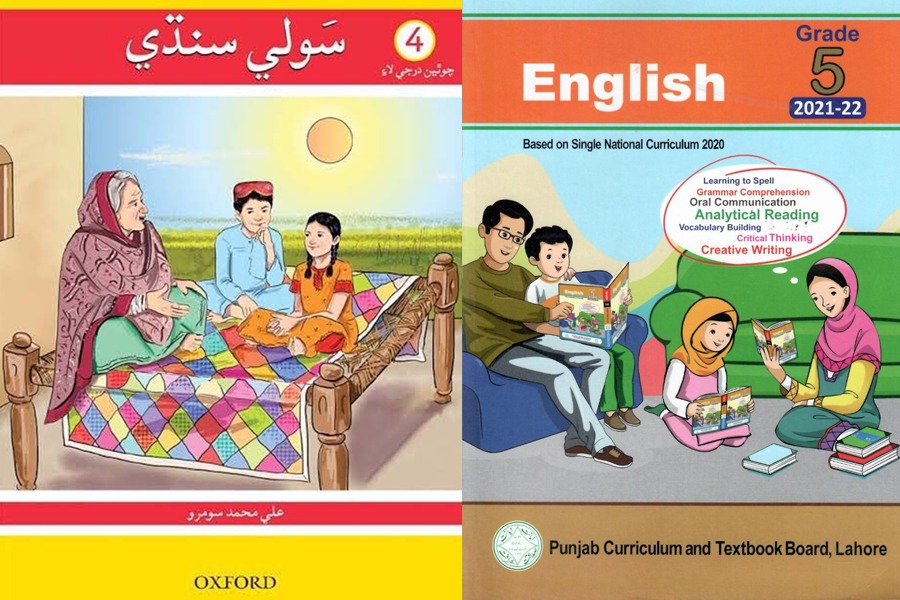 The textbooks by Single National Curriculum (SNC) have received criticism from Pakistanis for supporting conservative and conventional roles of women.

The purpose of the single national curriculum was to diminish the difference arising through education amongst people. However, instead of meeting the expectations, the textbooks came out as disappointing. The design of the book and the content severely indicated the traditional roles of women and inequality.  People expect their kids to gain progressive knowledge and have a different outlook regarding women in today’s time and age.

A picture has been circulating on social media from one of the textbooks under that single national curriculum which lists an ideal daily routine for women to follow. This list includes 5 prayers a day, preparing food 3 times a day, meal preps, feeding kids, and other domestic tasks.

Single National curriculum for primary level, which teaches how a housewife spend her time accordingly 😁 pic.twitter.com/QiKzlHaRGr

The image on the book cover of an English textbook for grade 5 has been making rounds on social media for the inequity it fosters. It demonstrates the husband and son sitting on the sofa while the woman and the daughter are seated on the ground.

It may look like there is nothing wrong with the image at first, but a closer look shows how subconsciously it may influence the kids’ thought process while studying. Even though there’s a sofa kept right behind them that can easily lounge the woman and her daughter, the authorities chose not to go ahead with the design below. 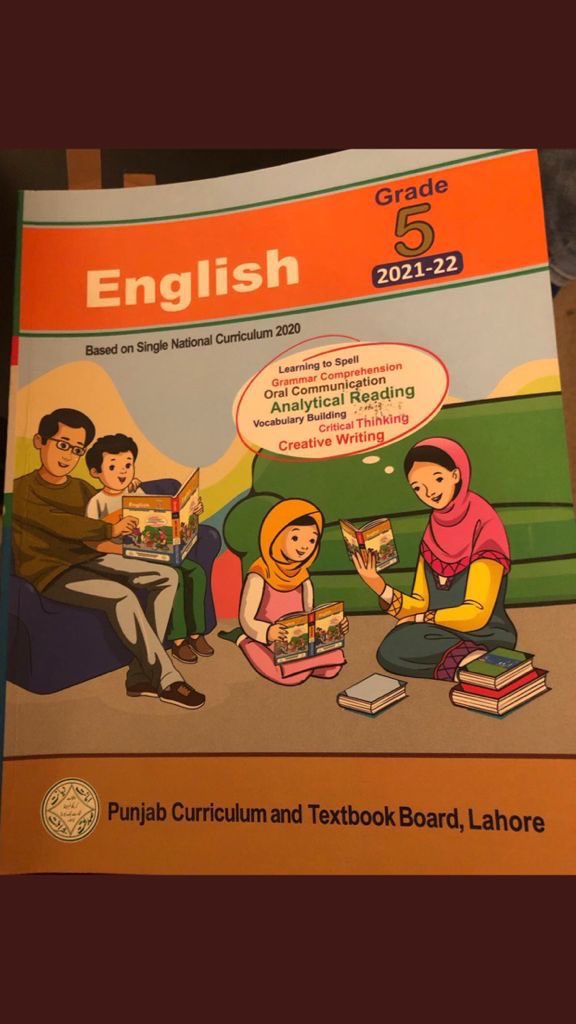 Here’s a side-by-side demonstration of how a Sindhi book cover looks and how the English book under SNC does. This is because Sindh has chosen to stay out of the scheme for now and has different textbooks.

The difference between #Pti owned Single National Curriculum and Sindh own curriculum we believe in woman equality, the front page of both books are self explanatory. @sardarshah1 @Shafqat_Mahmood pic.twitter.com/NvchMMQncQ

This has evidently brought inequity in education in Pakistan into the public discourse. Here’s how Twitter reacted:

The Single National Curriculum textbooks (and many other textbooks, media, etc.) uniformly portray little girls, well under the age of puberty, in hijabs. Here is a thread on why that is harmful and adds to our problem of how we see children as sexual objects. pic.twitter.com/gPJxE9dtHh

Under Imran Khan and Shafqat Mehmood, the Single National Curriculum means, boys on sofas and girls on the floor. pic.twitter.com/V7RdEsysz8

The single national curriculum has double standards:women are shown on the floor with hijabs,men adorn western attire sitting on a modern sofa.Funny that those lecturing women on what culture to follow seem oblivious that the men are clearly following western culture. pic.twitter.com/cuvWvSHxZO

Under Imran Khan and Shafqat Mehmood, the Single National Curriculum means, boys on sofas and girls on the floor. pic.twitter.com/6NpkrkIGUD

Clean the Kitchen from 7-8 and then again from 130-230pm!?! Somethings up, is my theoretical Islamic wife cheating on me? Is this what they’re teaching in the SNC? pic.twitter.com/MyeJEkOVTp

Politician Sharmila Faruqi also tweeted on the matter, she said: “Women and girls sitting at the feet of the male members of the family. This is what the single national curriculum aims to promote.”

Women & girls sitting at the feet of the male members of the family. This is what the single national curriculum aims to promote #nayapakistan pic.twitter.com/iErqXs7glb

Little girls in hijabs (even at home!), fathers & sons on sofas while mom & daughter sit on the floor, & women talked about as great ‘supporters’ of men. Gender socialisation in our schools is abt to get so much worse

Some images from the new Single National Curriculum textbooks. Little girls in hijabs (even at home!), fathers & sons on sofas while mom & daughter sit on the floor, & women talked about as great ‘supporters’ of men. Gender socialisation in our schools is abt to get so much worse pic.twitter.com/B35n7aEs6O

This photo is “Single National Curriculum” of PTI govt where Father & Son are sitting on the Couch sofa while Mother & Daughter are on the floor, This photo depicts patriarchy & exploitation of women by current Pakistani govt. #SayNoToSNC pic.twitter.com/BzEq6FRL51

Azhar Mashwani, the focal person of CM Punjab Usman Buzdar called it a baseless accusation on the SNC

On Monday, Prime Minister Imran Khan’s office said that the Pakistani government would launch a 911 emergency call service in October to help protect women. The premieres’ office statement said that he directed a meeting on Monday with ministries of interior and information technology.