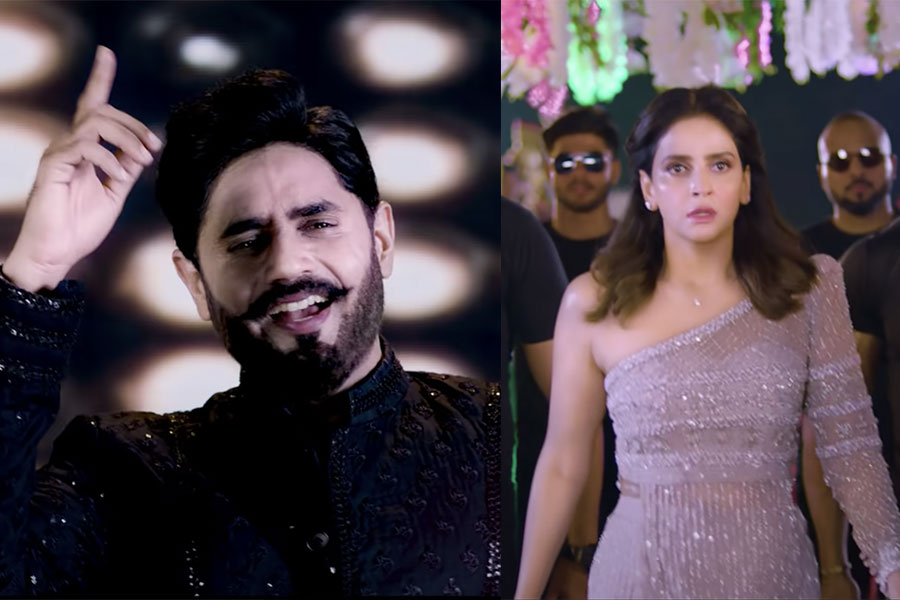 If you want to cash on a controversy, learn it from 90’s popular singer, Abrar ul Huq. The singer amused his fans and the rest of us with a bizarre version of the nursery rhyme Baby Shark after being criticized greatly for his statement at a PTI celebratory convention in Islamabad in August.

In his statement, he denounced mothers of today for making their children listen to the popular nursery rhyme Baby Shark instead of putting them to sleep by reciting the Kalima. He said, “When we were kids, our mothers chose to recite the Kalima while holding us their embrace, today’s mothers, however, play Baby Shark and hand their cellphones over to their kids…”

Famous for producing hits, including Billo, Preeto, and Pardesi, he has now released the official music video of Begum Shak Karti Hai. The music video features popular actress Saba Qamar and revolves around desi women who are always suspicious of their husband’s activities in a light-hearted manner.

In the music video, we see Saba Qamar playing the character of the suspicious wife. She follows her husband around to keep a check on his daily activities such as usage of his phone, his whereabouts, etc.  When she can’t find out on her own, she hires a team of investigators to find out if his husband is engaged in any kind of mischief so she can confront him, only to find out at the end that he is loyal to his wife.

Here’s What Internet Users Think of the Newly Released Song:

“Please Call Out Other Men in Your Circles with Predatory Behaviour” – Saba Qamar. Read the full story here:

Noor’s barbaric murder that took place in Islamabad has shocked the nation to its core. The heinous crime has sparked a discussion on social media over women and their rights in this country. People are actively offering each other help and asking masses to call out toxic and predatory men in close circles, so a crime such as the barbaric murder of Noor never takes place again.

Is Katrina Kaif Getting Married at the End of this Year?