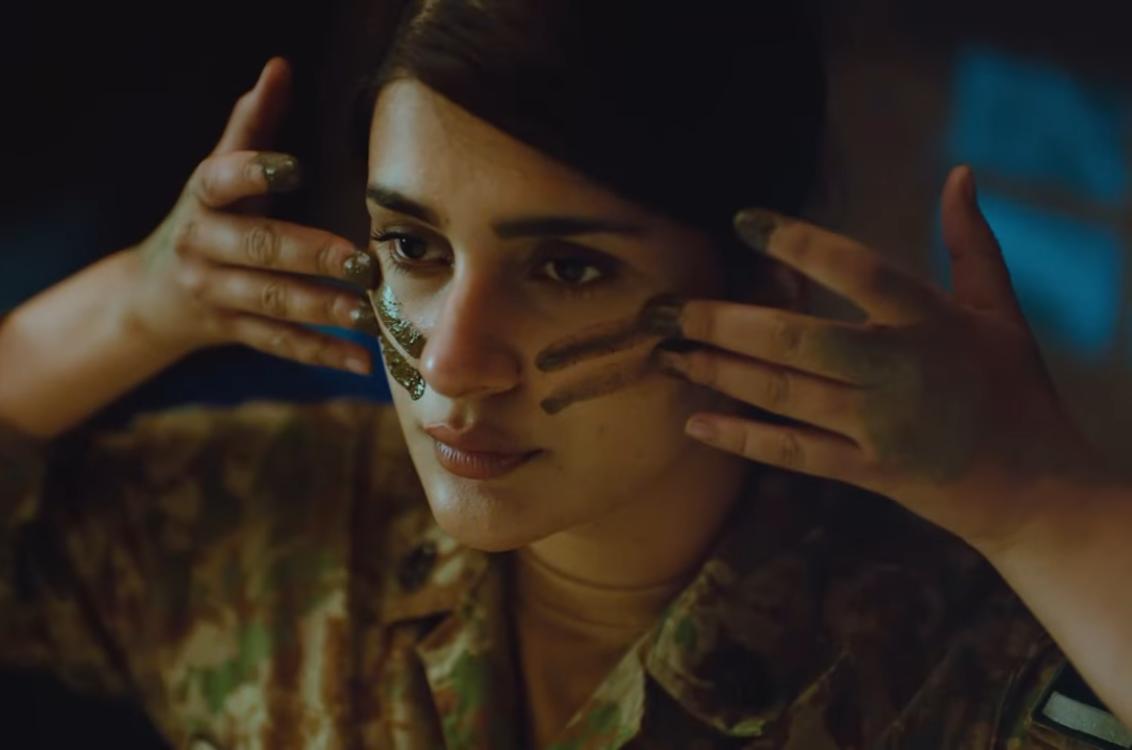 The first teaser for Sinf-e-Aahan, an upcoming women empowerment drama in collaboration with ISPR featuring Syra Yousuf, Sajal Aly, Kubra Khan, Yumna Zaidi, Ramsha Khan and Tashiya Yehali Kalidasa is out now. There is just something about representing women and the army at the same time that is so special about this series. We can’t wait for the show to hit our screens.

The show is being produced under Six Sigma Plus Production/Next Level Entertainment and will be coming soon to your screens on ARY Digital.

The teaser highlights how ‘women of steel’ do not need a hero as she was raised as one. We see scenes of all these women entering the base camp, present in their uniforms, training for the army set on a piece of dramatic background music that will send chills down your spine. Their struggle, passion,  hard work, and dedication can be seen in the reflection of their eyes. The series is aimed to highlight that women, too, are strong and can achieve anything they wish to.

The First Look of Sinf-e-Aahan is out now. Watch below:

The producer of the show, Humayun Saeed, shared his views on the upcoming show on social media. He has expressed his joy in working and working with all the extraordinary ladies to work on a drama that touches on an essential subject of women empowerment.

The first look of Kubra Khan and Sajal Aly for Sinf-e-Aahan, an upcoming women empowerment drama in collaboration with ISPR, is out now. In pictures making rounds on social media, Aly and Khan seem to have clicked what looks like while shooting for the drama. So it isn’t an official reveal. However, we are totally in awe to see these women in Pakistan Army uniforms. Something about representing women and the army at the same time is so special about this reveal.