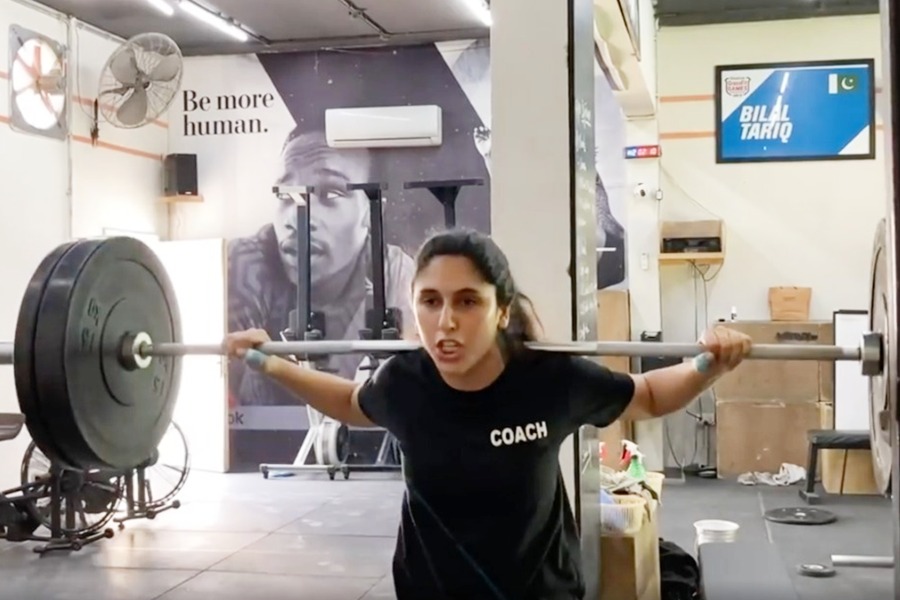 Pakistani female weightlifter from Baluchistan, Mahso Gichki, is here to change the mindset of society. She has been weightlifting for the past 6 years and has been enjoying the sport thoroughly.

In a recently released interview with BBC Urdu, Mahso revealed she was committed to kickboxing and Jujitsu. She said the latter was challenging, and also, women didn’t participate in the sport when she was training at the age of 15 -16.

Mahso’s journey towards weightlifting began when she wished to strength train. She began to look for people who could help her train in Karachi. With them, she started lifting weight.

The journey wasn’t easy with societal pressures: In the beginning, Mahso’s mother would get worried and lecture her at night about why she shouldn’t pursue the sport. Many people told her she’d get a hernia and other health issues related to her training. Some also told her she would look manly and fat.

Her parents were not happy in the beginning when she wanted to train in the sport for several reasons, including the attire required to train, training with men and coming out of the house every day.

In the face of adversity, Mahso was dedicated to the sport. She is here to change perspectives and prove that women can actively participate in weightlifting. Her parents are now supportive, and so are women in her family.

Girls are stronger than men. If they get involved passionately, it is difficult to separate them from whatever they’re involved with.

Just recently, she has participated in the National Weightlifting Competition. It was her first competition, so she didn’t win any medal; however, she plans to go back next year and come back with a medal.

She tweeted saying that the “Federation has done nothing to support the game and that there is zero representation from Baluchistan and KPK”.

One day hopefully, Mahso can represent Pakistan on an international platform.

We need to do a lot more to support our talent! Hoping @mahso_gichki can represent us internationally one day! pic.twitter.com/RxUcclI5fK

Mahso believes she’s the only one from Baluchistan at the moment training in the sport. This is due to the unavailability of facilities in her province Baluchistan. Even the basic necessities such as water, gas, electricity are scarce in the region.

Malaika Zahid: The Aspiring Young Girl From Balochistan Who Pursued Her Dream of Becoming a Boxer. Read the full story here:

Malaika Zahid, a 15-year-old from Balochistan, pursued her dream of becoming a boxer. She has been training for the past five years now. Malaika initially joined the boy’s training club as there were no facilities available for women in Balochistan. She was greatly impressed by boxer Amir Khan, which inspired her to become one of Pakistan’s top players. In the interprovincial boxing championship, Malaika has won four golds in the lightweight category.