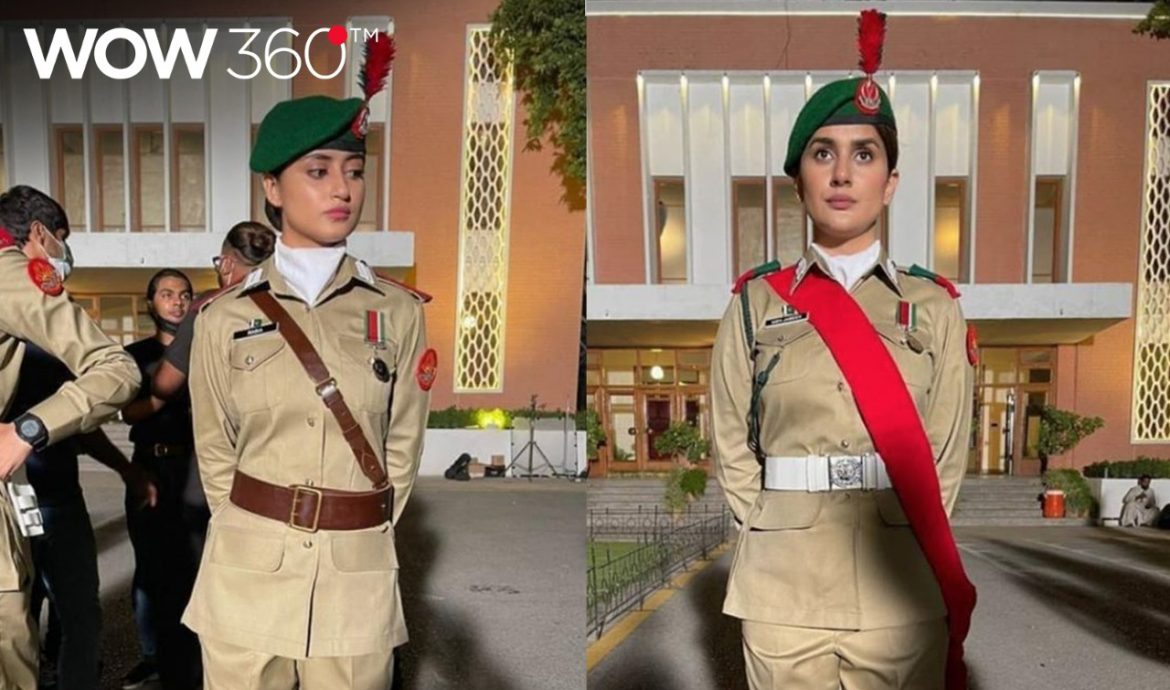 The first look of Kubra Khan and Sajal Aly for Sinf-e-Aahan, an upcoming women empowerment drama in collaboration with ISPR is out now.

In pictures making rounds on social media, Aly and Khan seem to have been clicked of what looks like while shooting for the drama. So it isn’t an official reveal. However, we are totally in awe to see these women in Pakistan Army uniforms. Something about representing women and the army at the same time is so special about this reveal. 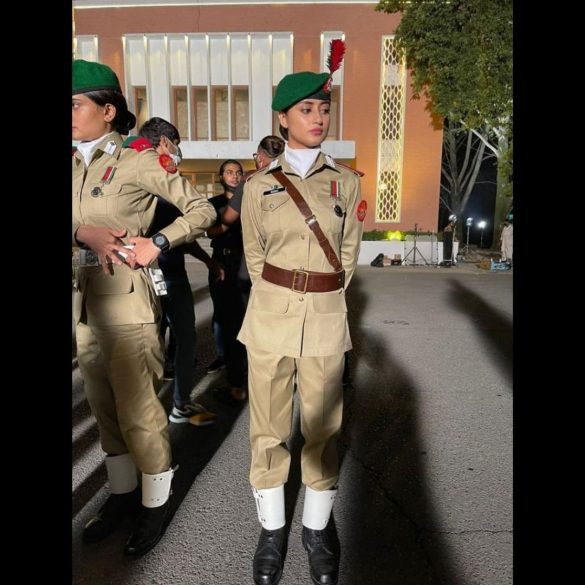 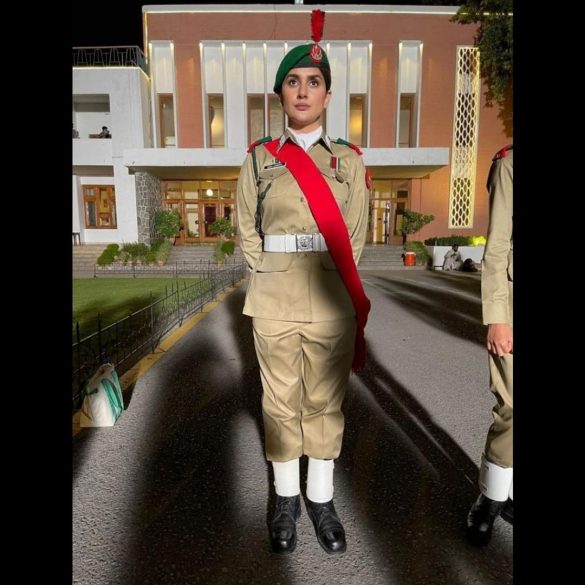 The women-oriented drama serial, Sinf-e-Aahan, will be produced by Humayun Saeed, Samina Humayun Saeed, Shahzad Nasib, and Sana Shahnawaz while it will be directed by acclaimed director Nadeem Baig.

The producer of the show, Humayun Saeed, also a celebrated actor in the country shared his view on the upcoming show on social media. He has expressed his joy in having these wonderful ladies on board who are all set to work on a drama that touches an important subject of women empowerment.

Saeed who appeared in a green outfit alongside the cast cleared that just because he is in the frame doesn’t necessarily mean he’s part of the project as an actor in any capacity. Previously, Humayun Saeed’s production house has produced some of the top trending drama serials in the industry.

An upcoming women empowerment drama called Sinf-e-Aahan has been announced in collaboration with ISPR. It is written by celebrated drama writer Umera Ahmed. Pakistani dramas have come a long way. It is safe to say that we are producing different kinds of content along with content that highlights women’s empowerment, which is an important subject