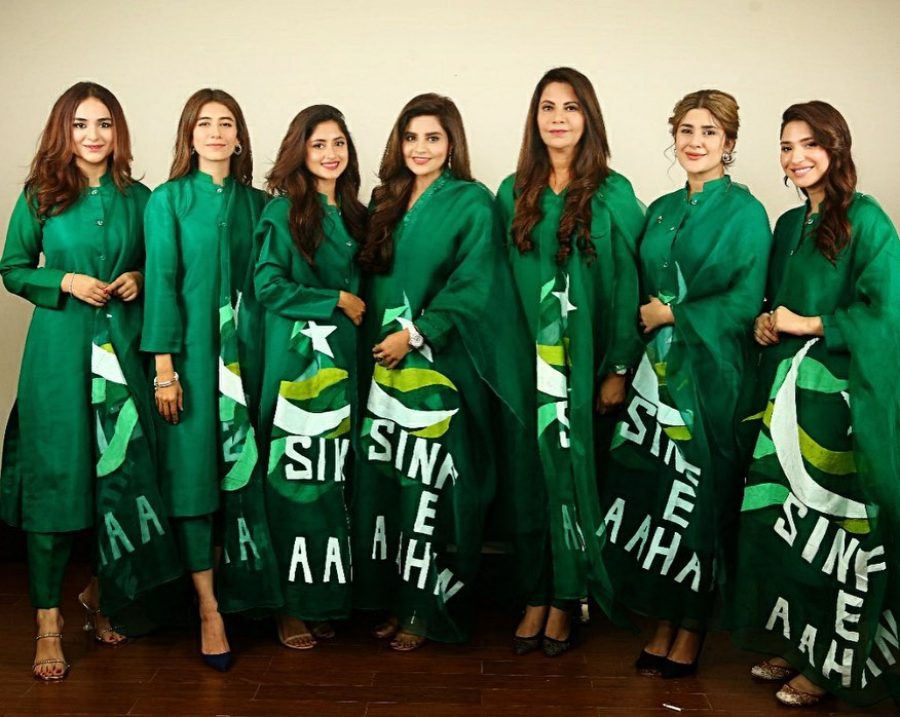 An upcoming women empowerment drama called Sinf-e-Aahan has been announced in collaboration with ISPR. It is written by celebrated drama writer, Umera Ahmed.

Pakistani dramas have come a long way. It is safe to say that we are producing different kinds of content along with content that highlights women’s empowerment, which is an important subject.  The women-oriented drama serial, Sinf-e-Aahan, will be produced by Humayun Saeed, Samina Humayun Saeed, Shahzad Nasib, and Sana Shahnawaz while it will be directed by acclaimed director Nadeem Baig.

5 beautiful and talented Pakistani stars will be part of the series.  These powerhouses include:

The producer of the show, Humayun Saeed, also a celebrated actor in the country shared his view on the upcoming show on social media. He said in an Instagram post, “Introducing the dynamic and brilliantly talented cast of our upcoming drama serial Sinf-e-Aahan – a project that is based on the extremely important and needed subject of women empowerment.”

Saeed also cleared that just because he is in the frame doesn’t necessarily mean he’s part of the project as an actor in any capacity, “Also, just for clarity, I am not part of it as an actor. Wishing the entire team the very best.”

Previously, Humayun Saeed’s production house has produced some of the top trending drama serials in the industry.

The stereotype for the Pakistani drama industry has usually turned out to portray women as weak, victims of abuse, and dependent. However, over the course of time, there have been many dramas that have portrayed strong female characters that stick out like a sour thumb.