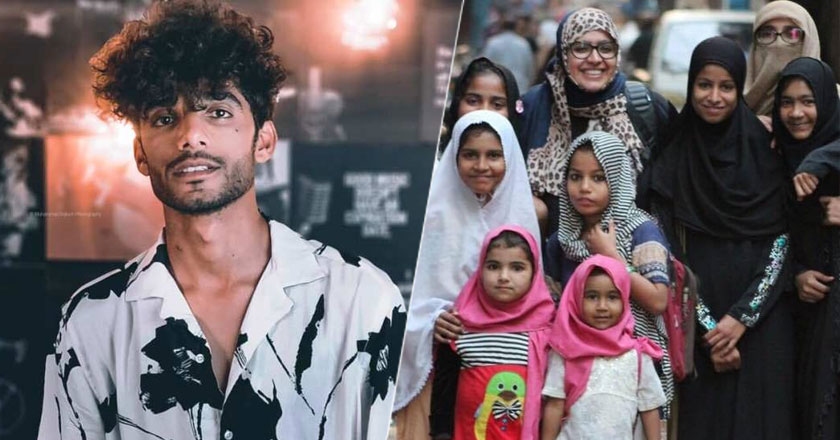 ‘Kanna Yaari’ and ‘Kahani Suno 2.0’ famed singer Kaifi Khalil recently opened up about his journey to stardom, and the strings attached to his Lyari background.

The young singer candidly shared that he is from Lyari and his father was also a local Balochi singer. He never attended school because he was struggling to survive back then.

Kaifi spent his childhood in abject poverty and had to do labour and menial work to make ends meet. His father passed away when he was a child, hence he used to work in small shops and even at construction sites at a very young age.

Nonetheless, he shared that life taught him many lessons including the fact that it is not the places (areas) that are dangerous, it is the people.

He shared that when people hear that he is from Lyari they have a negative approach, but he tells them that the things they hear about the area are not true.

Lyari has arts, sports, and warmth, the people there greet one another with the utmost respect. Khalil believes that people need to break their fake perception of Lyari and embrace it for what it is.

In recent days, the women of Lyari have surfaced to be a powerful backbone of society. These women are engaged in sports, operate work-from-home businesses and more.

Not too long ago, a cafe provided shelter and helped the dreams of many women in the area come true. Set up in 2017, the cafe is located on the roof of a block of residential flats on a street called Phool Patti (petal) Lane.

Initially, there was resistance from residents who did not understand the need for or concept of the cafe, however, over the years the perception has changed.

“The cafe is a safe space for women and girls to socialise, connect with other women and get a break from the stresses of everyday life,” said Nida Kirmani, a sociologist who has done extensive research on Lyari.

The cafe is not the only safe spot in the area. Overall Lyari has shown that it has gotten through the tough days, and is looking forward to the bright ones. Lots of NGOs and social activists like Hani Baloch have been operating there to make the community a prosperous one.

We hope that artists like Kaifi Khalil continue to break the stereotypes associated with Lyari and show the world what the area really stands for.

‘Toxic Masculinity is Nausiating, I am a Culprit too as I Watch Dramas like Habs & Fraud’ Nadia Jamil