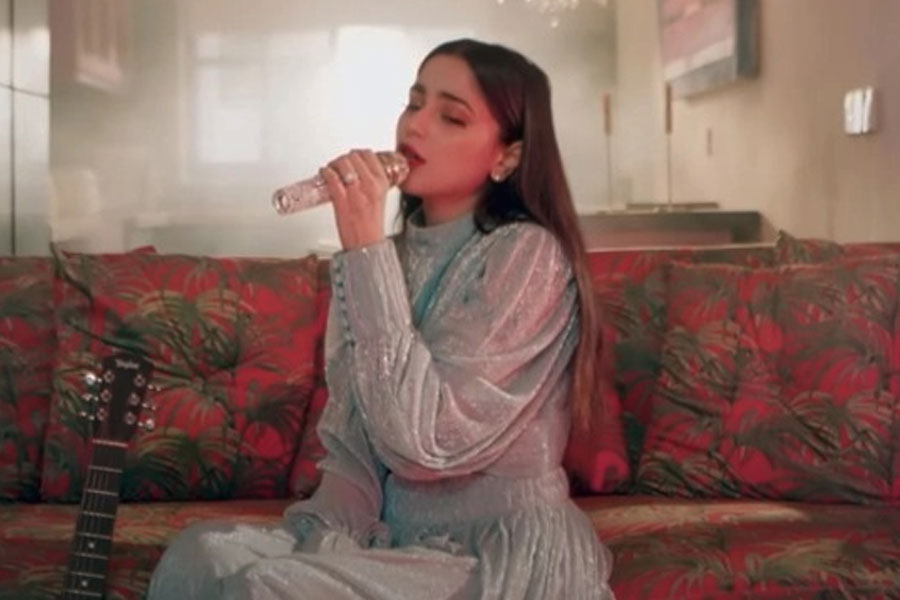 Crooner Aima Baig has often remained in headlines for winning hearts and shows with her magical voice until an influencer called her out for cheating on her beau Shahbaz Shigri.

While the engagement came to a messy end and netizens left no stone unturned to bash and call out Baig, she has put her past where it belongs and has released her own cover of Kaifi Khalil’s popular ‘Kahani Suno 2.0’ (Pyar Hua Tha).

According to Baig, Khalil’s ‘Pyar Hua Tha’ is her way of getting over the breakup and moving forth. But, some fans are not happy with her rendition.

Listen to the cover below:

In an interview with Independent Urdu, Baig expressed she could really relate to the song while she was recording it. “I asked Kaifi for permission to work on the song and he happily agreed,” the singer shared. “He said he wanted to listen to what his track would sound like in my voice. He was excited about it.”

Talking about the heartbreak, Baig added, “Everyone knew my heart was broken; it’s on the mend now! I think Kahani Suno really helped me heal.” She commented, “There’s a famous saying that when an artist is heartbroken, there’s a certain glow about them. But I was on writer’s block. I couldn’t think of anything at all. But when I heard the song, I said to myself that Kaifi is articulately portraying what I want to say.”

Baig added, “My issue, well, I don’t know if it’s an issue or a quality, but I would never go and engage in a heated exchange with my followers on social media. I don’t respond to every comment. I think an artist’s best way to express himself is through his art and since Kaifi has perfectly summed up my emotions in Kahani Suno, it just made sense to sing it. Maybe he was going through a similar situation.”

She further elaborated, . “I covered this song to help myself and my broken heart. But I am glad people are really liking the song. Since there wasn’t a female version of Kahani Suno, I think that factor also helped. I heard it was trending less than 24 hours after it was first released. But I never thought about whether it would trend or not. I just sang the song and I didn’t really care about this. This was about my own healing,” she remarked.

Coming to a conclusion, Aima Baig shared that she believes that there’s a reason behind everything. “What I have learned is that keep your personal life to yourself; there’s just no other way around it. Since people aren’t sharing their everyday affairs with you, why should you do it anyway?”

What do you think about her statement?

‘Toxic Masculinity is Nausiating, I am a Culprit too as I Watch Dramas like Habs & Fraud’ Nadia Jamil