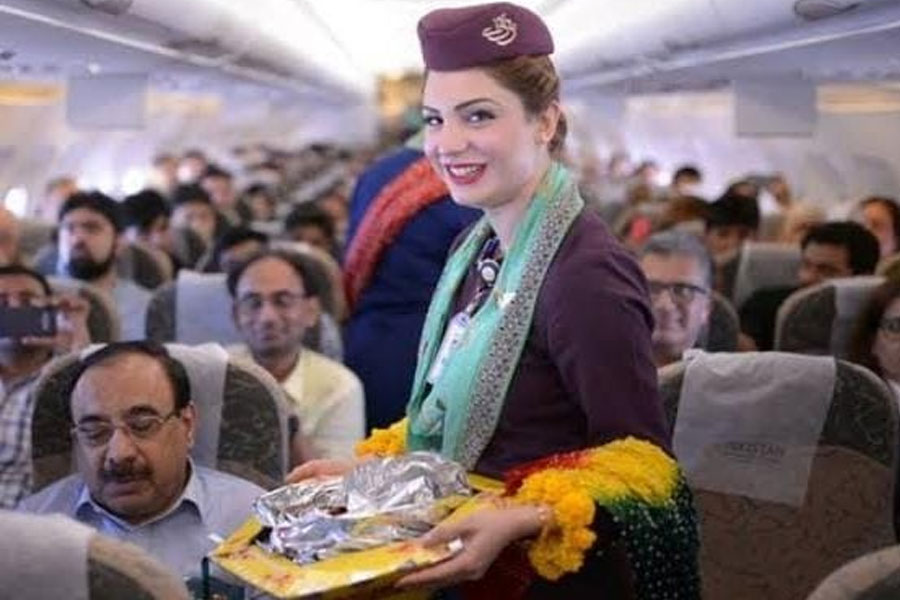 Social media is furious over the new announcement by the management of the national carrier, Pakistan International Airlines. According to the report, the aircrew must wear undergarments while wearing plain clothes.

Reportedly, objections were raised by the light service general manager over the dressing of the airline’s air hostess and then issued a guideline accordingly.

The official, Aamir Bashir, observed that there were complaints about the attire of the female attendants when they reached hotels, and offices, and travelled to other cities.

He added that the lack of better attire by the air attendants was ruining the PIA’s image.

It has been made mandatory for grooming instructors and senior shift in-charges to monitor the dressing of flight attendants.

The PIA crew has been given an official warning and told that strict action will be taken if these guidelines are not followed. Moreover,  International Transport Workers Federation has expressed concern over the extra duty timings of the PIA pilots and flight attendants. 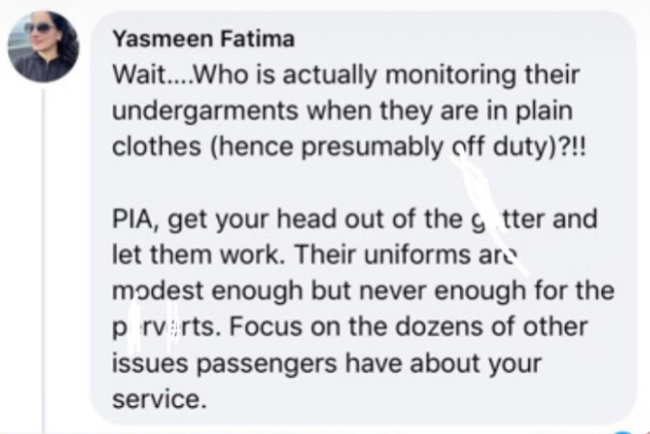 Reportedly, a letter has been issued in regards to this to the PIA CEO Aamir Hayat. It read that the national carrier had changed the cabin crew’s working hours in recent times. It continued reading that the unilateral changes in working hours were affecting the productivity and performance of the cabin crew. Besides, the move was in violation of the rules.

That’s not all, Aviation and Railways Minister Khawaja Saad Rafique held a meeting to discuss steps to improve the services of the national carrier. Instructions to make the in-flight entertainment functional was carried out, and old seats are to be replaced with new comfortable ones.