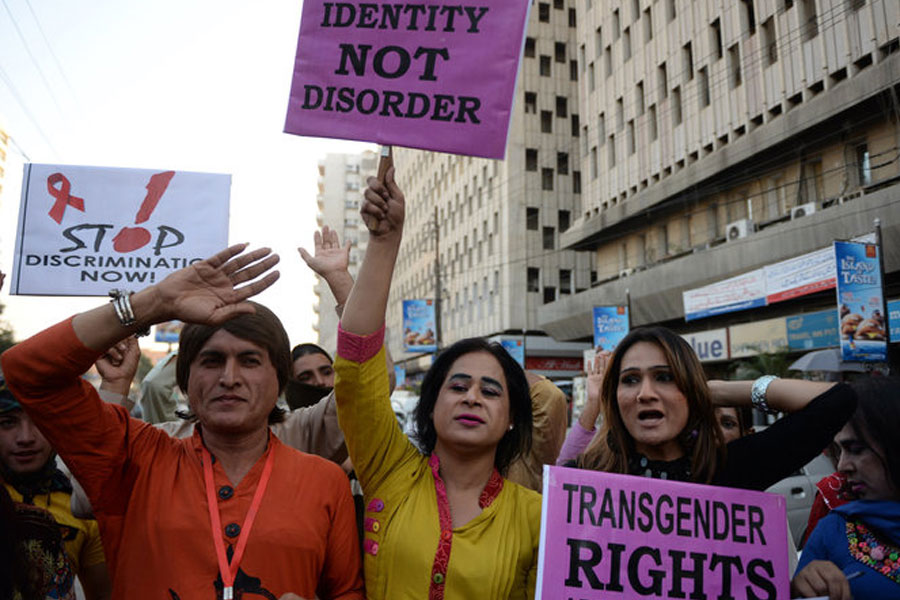 Today’s date, 11th June, will be marked in history as a historic and significant event that took place in Pakistan. For the first time in over 7 decades, the transgender community commemorated ‘National Transgender Day’.

It is no secret that the trans community has faced many hardships in the past, particularly related to their identity. Because they are not male or female, they have been deprived of rights, and are still struggling to get their hands on a national identification card.

Despite the hardships this community has had to face, we applaud them for never giving up and fighting for their rights. It is their willpower and determination which has made this dream come true. The transgenders of Pakistan are finally being recognized and accepted in society.

Members of the transexual community, in collaboration with the Transgender Rights Consultants Pakistan, celebrated their day at the Federal Ombudsman Secretariat of Protection Against Harassment (FOSPAH).

Ambassador of Denmark Lis Rosen Holm joined the celebrations along with signatories from the Australian, and US embassies, the British High Commission and officials from the ministries, national commissions, and transgender representatives.

Federal Ombudsman Kashmala Khan, in her opening statements, shared that Pakistan is one of the top 12 countries acknowledging trans-identity.

We are here to open the first roundtable in Pakistan. We need to include them in the mainstream as Pakistan is one of the top 12 countries acknowledging the trans identity. -Federal Ombudsman Kashmala Khan

She continued that we can understand their pain because they are one of us and belong with us. Before there were no laws for them but now laws have been made and have been included in the person’s category.

Moreover, Transgender Rights Consultants Pakistan Executive Director Nayyab Ali said that Pakistan is a torchbearer of trans rights worldwide. This is a positive example Pakistan has set not only for its own citizens but also for the world, to show that the country is full of citizens who embrace diversity and inclusivity.

We would also like to take this moment to tell our trans readers that we are very proud of them and we wish that they also prosper by our sides as Pakistanis.

How Being Raised in a Toxic Household Negatively...

Will The Perspective of Weak/Evil Female Characters Ever...