Sunday, June 26 2022
Top Posts
4 Antioxidants That Your Skin Needs if you...
5 Ways to Prevent Ovarian Cysts in Women
3 Lassi Recipes to Beat the Heat in...
3 DIY Hotpot Recipes You Can Make at...
5 Tips to Keep Your Hair Sweat-Free During...
Fawad Khan to Make Debut in Ms Marvel...
“Women Can Accomplish Anything They Set Their Mind...
TikTok Releases First Album of Viral Hits
Mehwish Hayat Makes Her Debut as a Djinn...
‘Girls are No Less Than Boys’ Says Pakistani...
NewsTechnology 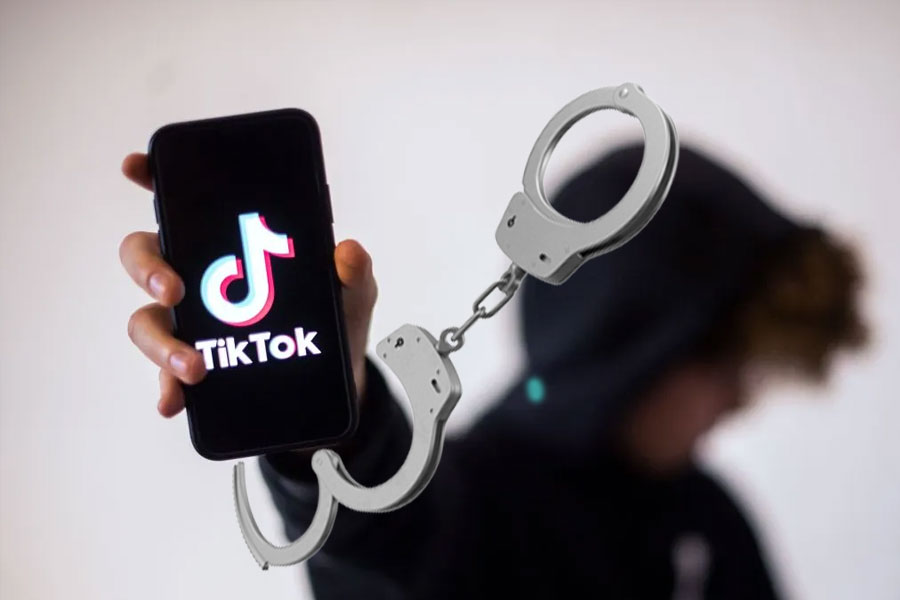 A Pakistani national, Muhammad Tahir was arrested for uploading a video on TikTok.

The video was a recording of him and other pilgrims chanting slogans against Prime Minister Shebaz Sharif’s delegation. This incident occurred in April after former Prime Minister Imran Khan was removed following the ‘No Confidence Vote’.

Tahir along with other pilgrims was placed under arrest under Article 6 of the Cyber Crime Act and was fined 10,000 Riyals, along with a 3-year sentence.

Tahir had uploaded the video on TikTok, causing it to go viral. As per the law, the convicted has 30 days to file an appeal.

Any person who commits one of the following cyber crimes shall be subject to imprisonment for a period not exceeding five years and a fine not exceeding three million riyals or to either punishment:

1. Production, preparation, transmission, or storage of material impinging on public order, religious values, public morals, and privacy, through the information network or computers.

2. The construction or publicizing of a website on the information network or computer to promote or facilitate human trafficking.

3. The preparation, publication, and promotion of material for pornographic or gambling sites which violates public morals.

4. The construction or publicizing of a website on the information network or computer to trade in, distribute, demonstrate a method of use or facilitate dealing in narcotic and psychotropic drugs.

Earlier in April, when this incident occurred many videos were circulating on social media showing Marriyum Aurangzeb and Shahzain Bugti trying to walk away from a large crowd chanting slogans.

Saudi authorities booked the individuals on the basis of  “violating the regulations” and “disrespecting” the sanctity of the holy mosque, the embassy said. Later, Madina police put out a statement saying that five Pakistanis were arrested for using inappropriate language within the mosque’s premises.

As per reports, on 1st May, the Federal Investigation Agency (FIA) detained Pakistan Tehreek-e-Insaf (PTI) member National Assembly (MNA) Sheikh Rashid Shafiq at the New Islamabad Airport who was returning from Saudi Arabia.

The FIA officials claim he was arrested in connection with a case registered in Faisalabad in which former Prime Minister Imran Khan, former Interior Minister Sheikh Rasheed and 150+ individuals were held accountable for desecrating the holy mosque.

Moreover, as per the FIR, the case was registered under sections 109 (abatement to crime), 295 (defiling place of worship), 295A (malicious acts to hurt religious feelings) and 296 (disturbing religious assembly) of the Pakistan Penal Code. Following that, around 150 FIRS were registered at different police stations against PTI leaders and others for blasphemy sections 295-A and 295-B.

Stay updated with the latest news only with WOW360.