Sunday, June 26 2022
Top Posts
4 Antioxidants That Your Skin Needs if you...
5 Ways to Prevent Ovarian Cysts in Women
3 Lassi Recipes to Beat the Heat in...
3 DIY Hotpot Recipes You Can Make at...
5 Tips to Keep Your Hair Sweat-Free During...
Fawad Khan to Make Debut in Ms Marvel...
“Women Can Accomplish Anything They Set Their Mind...
TikTok Releases First Album of Viral Hits
Mehwish Hayat Makes Her Debut as a Djinn...
‘Girls are No Less Than Boys’ Says Pakistani...
Movies 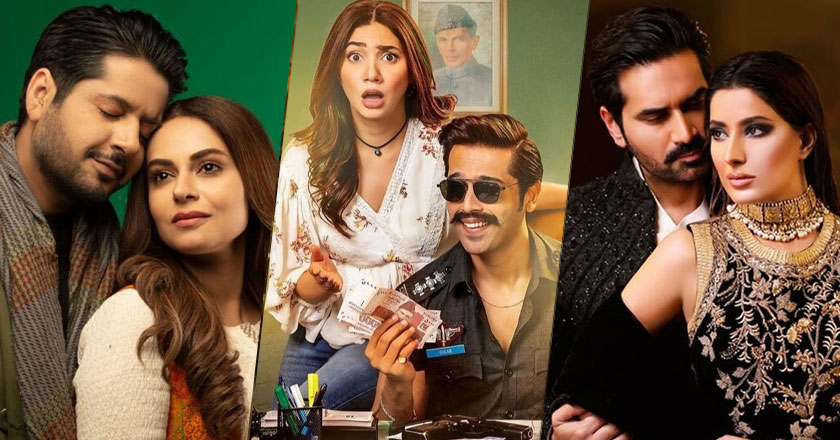 Eid al Adha 2022 is around the corner, which means it’s time to gear up and get our money ready for the awesome list of movies that are going to hit the big screens.

Not one nor two but many titles will be competing with one another to see who emerges as the blockbuster of the season. It will be a close call, but we can’t wait to grab some popcorn and binge these amazing titles.

Wondering which movies are going to release? Here’s what’s coming your way:

Starring the superstar duo Mahira Khan and Fahad Mustafa, Nabeel Qureshi’s Quaid e Azam Zindabad is all about – you guessed it – CORRUPTION. The trailer is out and social media is raving about it.

Looks like we have our very own ‘Dabangg‘ police officer too!

‘Punjab Nahi Jaungi’ was a massive success, and its sequel, ‘London Nahi Jaunga’ is all set to release on Eid, with many eyes set on the film. Starring the stunning Mehwish Hayat and the talented Humayun Saeed, the official poster has been rolled-out, and the trailer should be out no time soon.

This time around, we will also get to see the beautiful Kubra Khan on screen whereas the prequel had Urwa Hussain who played the famous Durdana.

We have to admit, this trailer had us HOOKED! Starring names like Adnan Siddiqui, Navin Waqar, and Zhalay Sarhadi amongst others, the movie is calling itself Pakistan’s ‘first in-your-face new age revenge thriller’ that may just change Pakistani cinema as we know it.

On the other hand, here are some international releases that we are also looking forward to as well in July:

3. Minions: The Rise of Gru

5. Paws of Fury: Legend of the Hank

Which movies are you looking forward to watching? Share your thoughts with us,