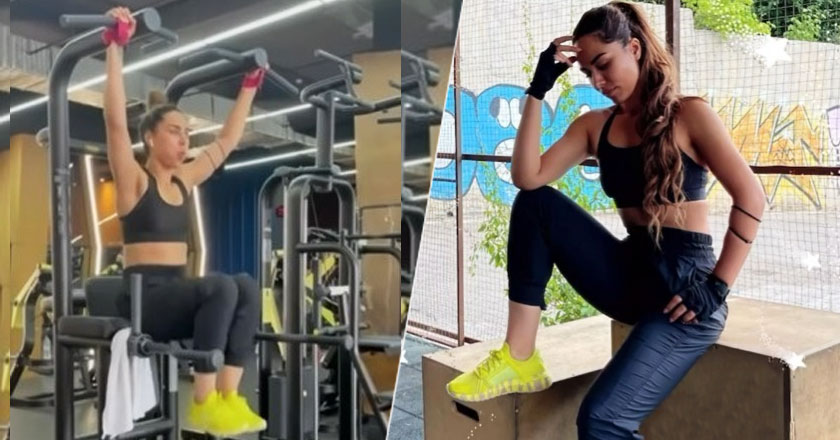 Pakistani model Ayyan Ali is no stranger, she has remained in the spotlight off and on. However, this time around, Ayyan has stolen headlines after she opened up about her weight loss transition.

Once upon a time, Ali weighed 100kg, but with a rigorous fitness routine, she is now 48kg. What inspired this transition? Ayyan had suffered a heart attack which changed her life completely.

It has been my personal journey till date but I m sure it will be motivational for u all too 🤜🏼🤛🏼
In 2015 when I went to jail in a fake political case I decided to always put a smile on the face of the world so that rivals are not happy & friends are not worried!

For the next two years,depression,stress & anxiety increased with each passing day.
Money laundering,murder,terrorism every week there was a new fake case to deal with.
Remnants of the physical & mental torture of the prison days in death cell were always present & the dirtiest role-playing on national TV forced me to remain alone 🖤

As a result my mobility decreased & stress eating increased! At the same time a series of panic attacks also started as a result the weight increased to 90 kg. A few months after winning 6th time my ECL case & arriving in Dubai I suffered my first heart attack … While lying in the hospital I gained 10kg more weight & reached 100kg!

When the doctor gave the discharge report he also said that if the weight is not reduced,the next heart attack may also bring a permit of departure from this world. I said may my enemies die in such a young age not me! I thought if you have to die why not die from overexertion.

After leaving the hospital I chose an exercise program that only male professional athletes prefer.
Everyone said how u will lift such heavy weights & I said “Watch Me Do It” …
Than I did what even male professional athletes could not do 😈 I lost about 40kg weight in next 4 to 6 months & that too completely in a safe way without any inorganic aid✌🏼

Ayyan was arrested on March 14, 2015, on the charges of money laundering after Customs officials recovered $506,000 from her luggage at Islamabad’s Benazir Bhutto International Airport before she could board a flight to Dubai. A Customs court in November 2015 indicted Ayyan for attempting to smuggle out more than $500,000, to which she pleaded ‘not guilty’.

We are glad to know that Ayyan Ali has turned her life around and has worked on her health as her priority. Kudos to you.