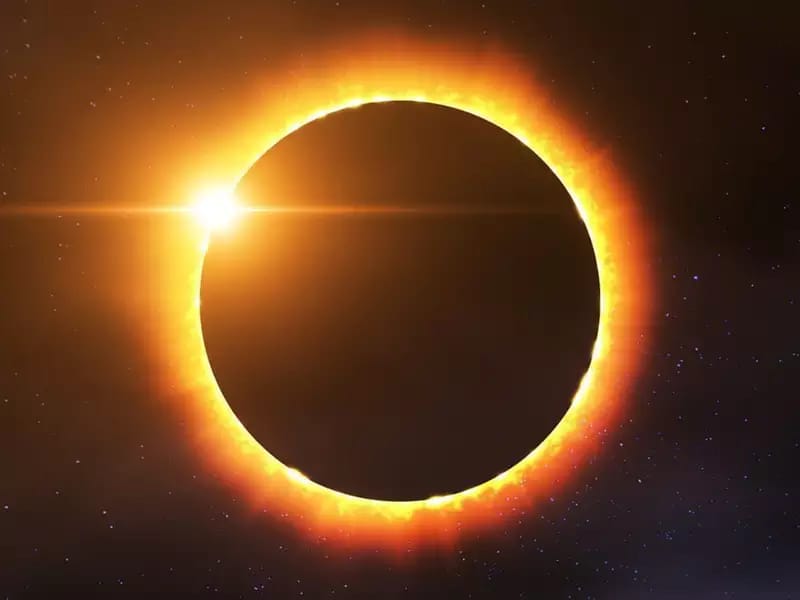 A rare celestial event, the annular solar eclipse, will be seen in various parts in Pakistan including Karachi, Lahore, Islamabad, and other cities on June 21, 2020. It coincides with the Summer Solstice in the Northern Hemisphere. It is also said to be the longest day of the year. 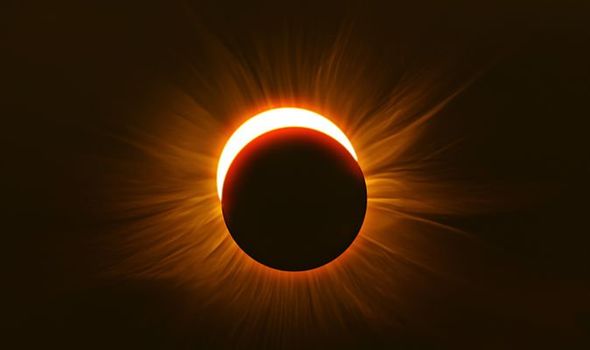 It has been announced by the authorities that major cities Islamabad, Lahore, Karachi, Peshawar, Quetta, Gilgit, Muzaffarabad, Sukkur, and Gwadar would witness the eclipse on a partial level. While on the other hand, people in Sukkur will experience it in almost its entirety — at the Sun’s coverage of 98.78%.

Pakistan is witnessing an Annular Solar Eclipse today. This particular eclipse is said to be the ‘deepest’ annular solar eclipse in nearly a hundred years and commonly signified as the ‘Ring of Fire’. Photo : Exclusive : @ali_mehta and @farhan_mehboob_ Timings : starts at 8:46am and end at 2:34pm while the greatest eclipse will occur at 11:40am. #solareclipse #ringoffire #june21 #karachi #pakistan #wow360pk

What is a Solar Eclipse and Why is this one Special ?

An annular solar eclipse happens when the Moon passes between the Earth and the Sun and covers the Sun’s center. It leaves the Sun’s visible outer edges to form a ‘ring of fire’ or annulus around the Moon.

Commonly known as the ‘Ring of Fire’, the phenomenon is a process in which the Moon comes in between the Earth and the Sun and when all the three celestial objects are aligned. As the Moon falls short of that of the Sun and it cannot cover up the latter completely, a ring of the Sun’s disk remains visible around the Moon and gives an image of a ring of fire. This particular eclipse is said to be the ‘deepest’ in nearly one hundred years.

Famous Pakistani astrologers, Ali Zanjani has also predicted that it will reach its peak at 12:10 pm and will end at around 3:04 pm. The overall duration of the solar eclipse will be of around six hours.

Which Countries will Witness it ?

The Solar Eclipse will pass from West to East over 12 countries including Pakistan. Other countries in which the solar eclipse would also be visible include, Central African Republic, Democratic Republic of the Congo (DRC), Ethiopia, India, and China. The partial eclipse will also visible in some parts of Europe as well which includes Perugia, Miskolc, Lviv and Yaroslavl.

It has been also predicted by the experts that the second solar eclipse of the year will be witnessed on December 14 in the same parts of Pakistan.

Should you look at the Sun when the Solar Eclipse Occurs ?

It has been also advised by the experts to never look at the solar eclipse with bare eyes. While many scientists say that even dark sunglasses or homemade filters are not safe enough to witness the phenomenon as the strong rays are not good for your health. It has also been said that it can cause permanent damage to eyes which can also lead to blindness.

The safest ways to observe the solar eclipse are by using a proper filter like aluminized mylar, black polymer, and welding glass.

Streets In Australia To Be Named After 5 Pakistani Cricketers