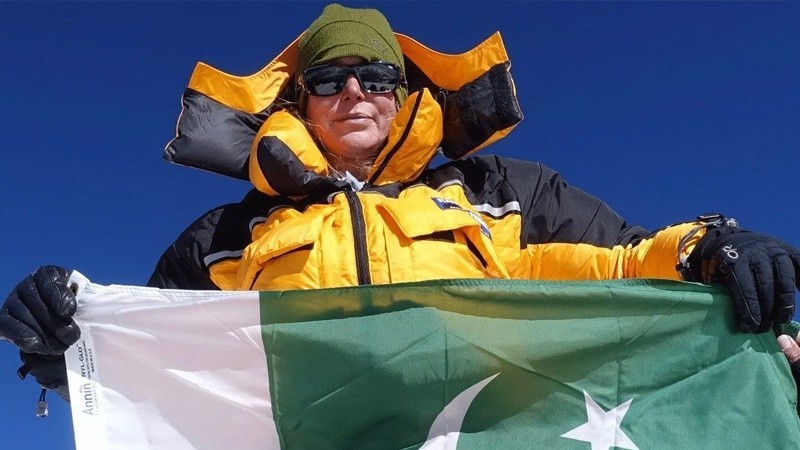 Earlier this month, a British-American explorer Vanessa O’Brien made headlines all around the world after becoming the first woman to reach Earth’s highest and lowest points and made it to the Guinness World Record.

First #woman to Earths highest & lowest points! #challengerdeep so many people to thank 🙏 that made this a success – just to let you know i made it ❤️ photo by #EnriqueAlvarez pic.twitter.com/rPw2bYP3jM

After scaling the peak of Mount Everest in 2012, the 55-year old dived to the deepest point in the ocean named Challenger Deep, at 10,925 metres, in the Mariana Trench. However, on Friday, Vanessa O’ Brien took the Pakistani flag in the submersible and now the news is doing all rounds on social media.

While talking carrying Pakistani flag with her, she said:

It is an honour to carry the Pakistani flag on this journey. Oceans are cleansing, churning, constantly renewing, and incredibly strong. Just like Pakistan. Pakistan Zindabad.

Moreover, a number of pictures were also released on social media in which Durdana Ansari can be seen presenting her the flag on the behalf of the High Commissioner.

I feel absolutely honoured to be part of this expedition, and proud to bear witness to this historic event. I hope this flag’s incredible journey to this extraordinary place brings good luck for Pakistan.

This is not the first time the Guinness World Record holder shared her love for Pakistan and its people. In 2017, she said that the warmth and love she received in the country was matchless. 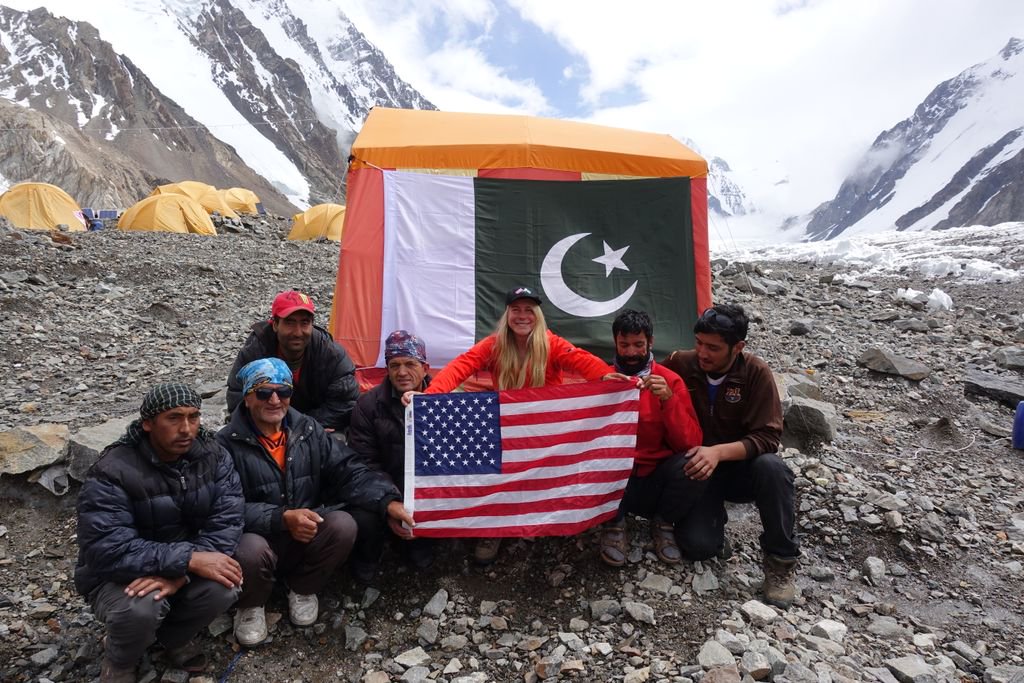 She also added that she would prefer to do something for Pakistan and its youth for a better future.

Moreover, the explorer also carried the Pakistani flag when she sealed K2 in 2017 and released the pictures on social media.

While talking about her experience, she said:

She further appreciated her supporters and said:

I’m extremely proud of this team for their dedication, perseverance, bravery, and commitment to reach the summit of K2 and to take additional risk.

Watch her interview below!