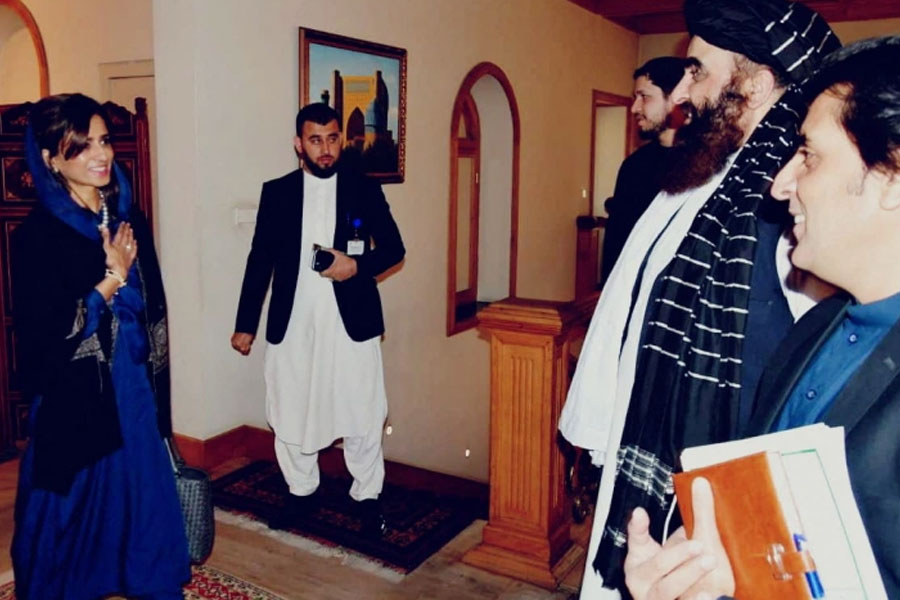 Amongst the delegation is Hina Rabbani Khar, the female Pakistani minister of state for foreign affairs,  was in charge of leading the meetings with the leaders of the Taliban government in Kabul.

These meetings were held after the Pakistan Taliban (TTP) on Monday asked its fighters to launch attacks across the country. “As military operations are ongoing against mujahideen in different areas … so it is imperative for you to carry out attacks wherever you can in the entire country,” the group said in a statement.

“As a friend and neighbour of Afghanistan, Pakistan will reaffirm its abiding solidarity with the people of Afghanistan, in particular through its efforts to ease the humanitarian crisis in Afghanistan and to create real opportunities for the economic prosperity of Afghan men, women and children,” the statement added.

The irony of this visit is that while Khar has led the delegation through these meetings, the Taliban have become more regressive on gender-sensitive issues, including female education. While primary education has been allowed, the TTP is not keen on girls receiving secondary and tertiary education.

The UN special rapporteur on human rights in Afghanistan said Friday that Taliban restrictions on women and girls could amount to a “crime against humanity”.

“You serve as an example of the status of women in our neighbouring country,” the Afghan Women’s Network, representing several activist groups, said in an open letter to Khar. “We call on you to use your visit not only as a minister but as a woman and as a Muslim woman leader to support the women of Afghanistan and strengthen our solidarity.”

On the other hand, Pakistan is home to over a million Afghan refugees. We have yet to see how successful Hina Rabbani Khar has remained throughout the dialogue and if she can improve Pakistan’s relationship with TTP.