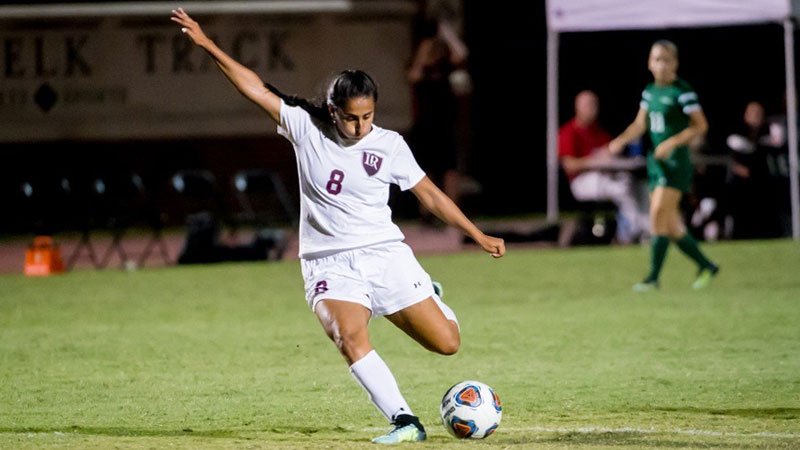 It is a moment of pride and honor for Pakistan and females in the sports world as Pakistan origin female football player, Aqsa Mushtaq gets signed by Italian Serie A side Napoli’s ladies team, an Italian female football club, reports Samaa News today, Wednesday.

The 22-year old player hails from Bradford, England and plays primarily as a midfielder. As per the official website of Napoli, Aqsa scored 13 goals in 17 games for Lenoir-Rhyne University during the 2019-20 season, in the United States.

According to latest updates, Aqsa will be donning the number 12 jersey in 2020-21 season playoffs. The midfielder has also won the South Atlantic Conference Player award.

Amidst cricket and hockey and other sports in our country, football is one of the most neglected one, specially female football. In general, the future of football in Pakistan looks bleak as there is no local football being practiced in the country  while global ranking has also fallen down.

Here are a few training videos of the female footballer making Pakistan proud on International grounds:

The signing of Aqsa Mushtaq in an international team holds major significance and is a historic moment. It is so because not many Pakistani players have been signed by top football clubs of the world.  Pakistan’s previous captain, Zesh Rehman played for Fulham in the Premier League. Ghiyas Zahid is another noteable player who plays for APOEL while Otis Rehman is a former Sheffield United player.

Hailing from a country where fate of football is still unknown as Pakistan Football Federation is currently involved in a power struggle, Aqsa Mushtaq is an inspiration for all other struggling female athletes who are often forced to give up on their dreams. A reflection of women empowerment, Aqsa outshines in a sport that is primarily male dominated.

When talking about Italian football clubs, the famous Roma was sold to Friedkin Group, a US business conglomerate for approximately $700 million, earlier.

In a statement, Roma said that the club agreed with The Friedkin Group for the sale of the club, “the Transaction is valued at approximately Euro 591,000,000.”

“I am pleased to confirm we have reached an agreement with The Friedkin Group for the sale of AS Roma.”

Roma is one of the most popular football clubs in Europe; it won the top-tier Italian Serie A title thrice in 1942, 1983 and 2001. The team has won nine Italian Cups in history and last won a trophy in 2008.