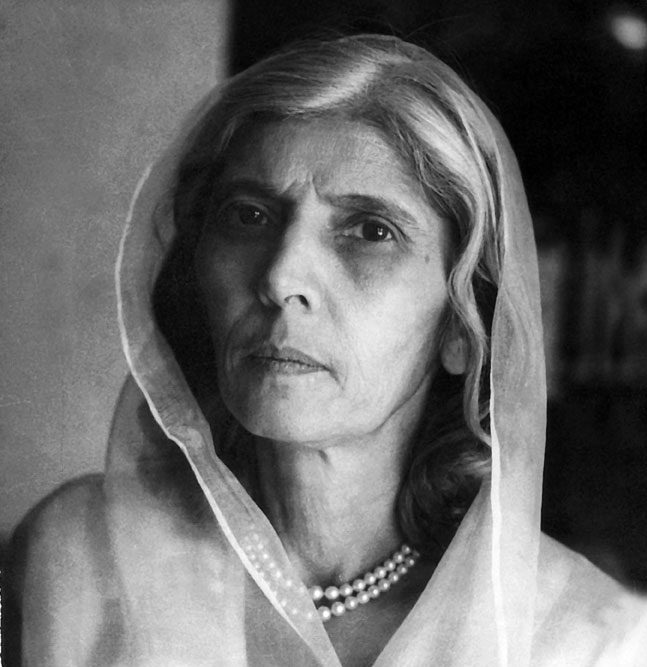 With every 14th August, one somehow finds oneself tracing the roots of Pakistan; remembering the nation for what it was, what it is, and what it could have been. It is a reminder of those that helped build this nation, and make it a reality – we pay homage to the founder of Pakistan, M.A Jinnah, and in conjunction, also to Mohtarma Fatima Jinnah who is known as the ‘Mother of the Nation’. However, we remember her as a subsidiary of our Quaid, and can forget the role pioneering women, such as herself, played in making this nation a reality, and continue to do so, despite all the limitations placed on them.

Jinnah & The Women of Pakistan

Discussions around Mohtarma Fatima Jinnah lend itself to an understanding of the different roles women are capable of playing in this nation and have previously played despite not being remembered in the same way like others.

In this lack of remembrance somewhere, we have grown accustomed to the Pakistan we know now. Despite, what Jinnah would have wanted for Pakistan is largely at odds with its present. While we remember what he does and what he believed in, there is much that one can think about, and how he visualised the role of the women of Pakistan. 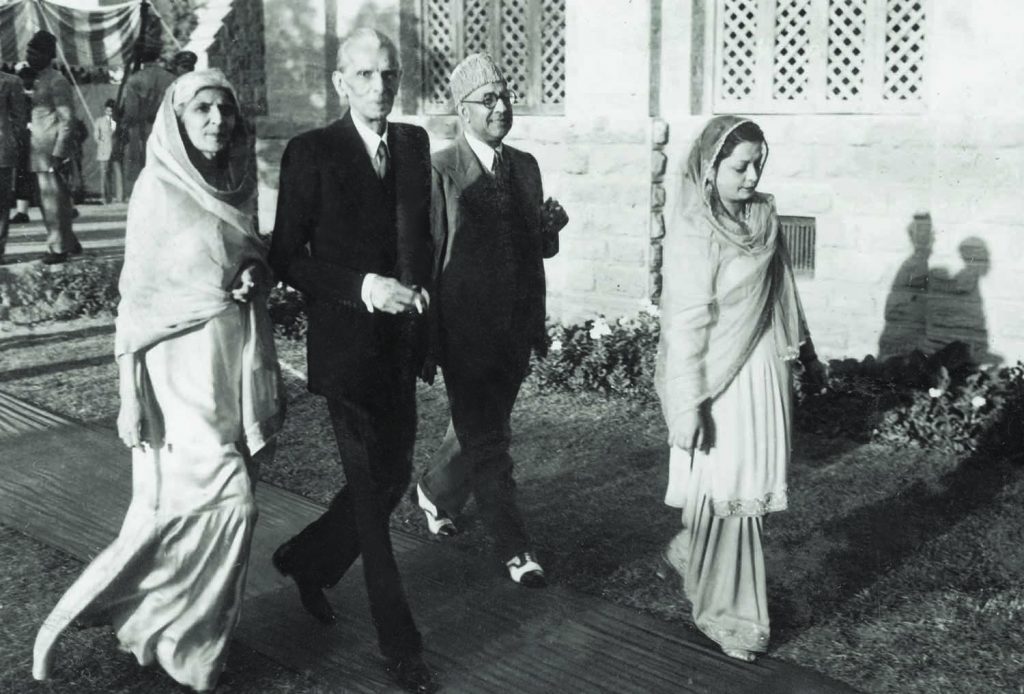 With a woman such as herself, who stood alongside Jinnah, supported him and was herself a strong woman who played a great role in the political sphere, there is no doubt the image of a nation Jinnah held dear was one that elevated its women. When Jinnah described women as a stronger power than that of the sword & pen, it was testament to the capability he visualised in women and the role they were able to play in the world.

Thinking back to Jinnah’s Pakistan always feels like a strange nostalgia for a nation that really embodies democracy and equates women as equals. The politics of this nation, and most others is navigating the ‘What Ifs?’ that could have been, and changed our nation in ways that we imagine made us more successful, prosperous and tolerant.

Similarly, navigating what Jinnah’s Pakistan could have looked like leads us to examine the spark that came with Fatima Jinnah’s decision to run for president in 1965.

For most that saw this spark, it was deeply rooted in seeing Jinnah’s democratic ideals represented within Fatima Jinnah. Fatima Jinnah was a powerful candidate, not only because she was closely connected to our Quaid, but because of her strength as an individual, who was largely powerful and able to display her popularity in the elections despite the limitations Ayub Khan’s government created for her. 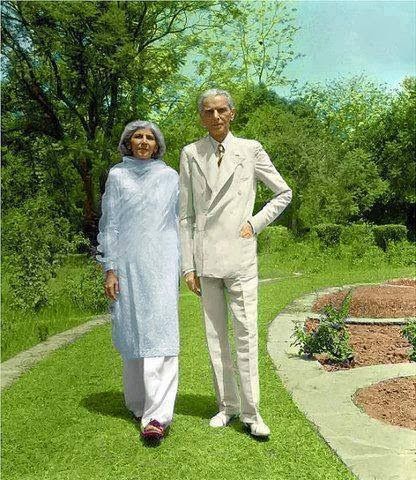 Recounting Mohtarma Fatima Jinnah’s defeat in the 1965 election is a reminder of the same tragedy that continues to plague Pakistan- that was, that could have been and that is. With the swiftness with which Fatima Jinnah’s re-entry into politics brought hope for democracy, and for a nation that respected its women, it was as swiftly that this hope and dream was taken away from us with the alleged corruption that led to a divergent path from that of Jinnah’s Pakistan.

However, the importance and symbolic virtue of the presidential election of 1965 is rooted in the fact that a woman was able to contest the highest political office, and even orthodox parties were willing and able to support her. This displayed that there was great potential for the women of Pakistan to be in such roles, and that Mohtarma Fatima Jinnah was an icon and role model for Pakistani women.

Thus, there exists two lessons that Mohtarma Jinnah’s story reveals to us – within her, the young girls, and women of the nation have found hope, they have seen represented the strength that is capable of running not only a nation but a woman who is able to empower other women. This lesson remains a reminder for every girl; a lesson for the growing potential that exists within all women, regardless of whether this nation can recognize it or not. 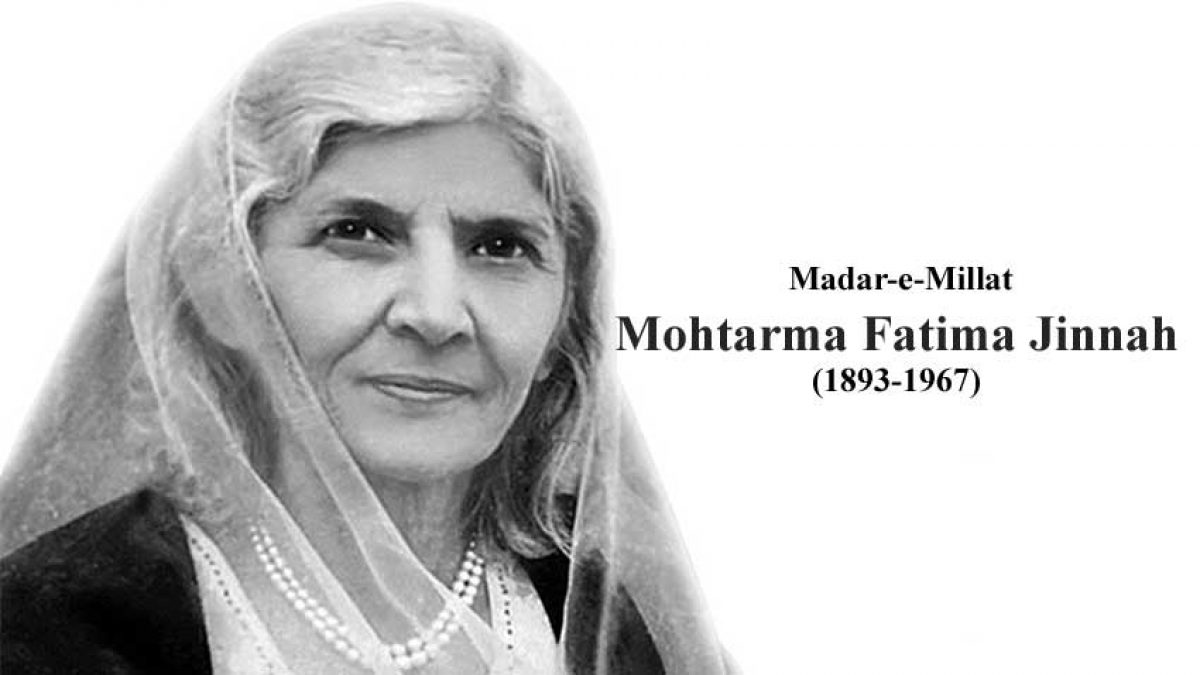 On the other hand, while she is remembered fondly, the limitations she faced following Jinnah’s death, as well as the hindrances that limited her from becoming the head of this nation – such as the opposition utilising the ulema to prevent her from being able to take up this position. The fact that such hindrances continue to be faced by the nation’s women and limit Pakistan from truly reaching it’s potential can be difficult to stomach.

As we look back on Jinnah’s Pakistan, we are reminded of how far we are from what Jinnah visualized for the women of Pakistan. While we may feel bound to the path history seems to take us down, Mohtarma Fatima Jinnah remains an uncontested icon for the women of Pakistan, and a reminder that there is great potential within the female population of this nation. There are times when where we are going can feel bleak, but there is comfort in remembering that we can reach new heights when supporting and empowering the women of our nation.

She is currently a First year BA History and Politics student at the University of Cambridge, UK