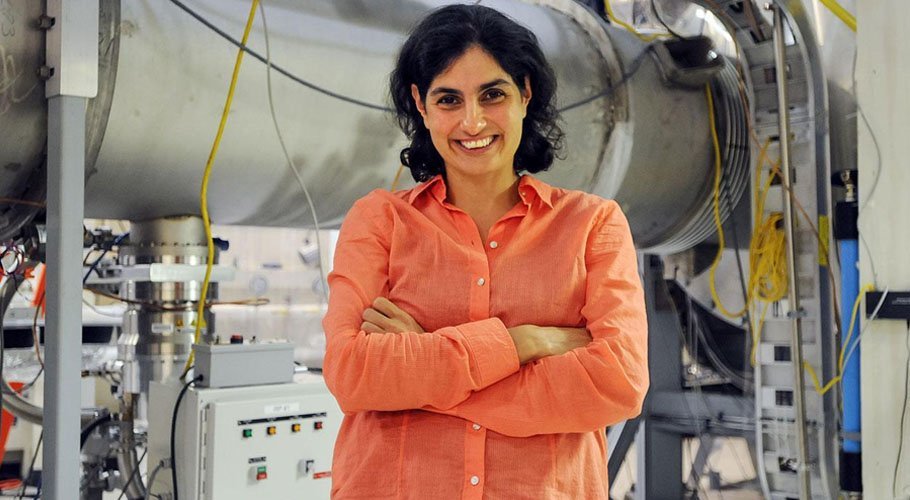 Pakistan born astrophysicist Nergis Mavalvala has been named the new dean of the number one ranked Massachusetts Institute of Technology (MIT) School of Science in the United States. This is the first time in the 88-year history of the prestigious institution that a woman has been appointed to serve as dean.

Born in Lahore and raised in Karachi, Mavalwala, will be taking office responsibilities from September 01, 2020.

Nergis is recognized for her commendable work done in gravitational wave detection- the hypothesis of ripples in space and time continuum by Albert Einstein. She has been heading the Department of Physics at MIT since 2015.

Mavalvala is also the first person to receive the Lahore Technology Award, presented by the Lahore’s Information Technology University.

Proud of Nergis Mavalvala who has been named the Dean of the School of Science at MIT. Nergis grew up in Karachi.

She was the commencement speaker at our first ITU convocation & delivered inaugural Lahore Technology Lecture about her groundbreaking work on gravitational waves. pic.twitter.com/XJMVnb7W9s

The Curtis and Kathleen Marble Professor of Astrophysics, Nergis conducted her pioneering work in gravitational-wave detection, while being leading member of the Laser Interferometer Gravitational-Wave Observatory (LIGO). According to MIT News, Nergis has received several honors and awards for her research and teaching.

As MIT News reports, MIT President L. Rafael Reif had the following to say about Mavalvala:

Nergis’s brilliance as a researcher and educator speaks eloquently for itself. What excites me equally about her appointment as dean are the qualities, I have seen in her as a leader: She is a deft, collaborative problem-solver, a wise and generous colleague, an incomparable mentor, and a champion for inclusive excellence. As we prepare for the start of this most unusual academic year, it gives me great comfort to know that the School of Science will remain in such capable hands.

Like with everything she takes on, Mavalvala is optimistic about her role as Dean of MIT School of Science and even though the school is facing challenges in this unprecedented time, she is positive that they will together tackle and overcome them.

We’re in this moment where enormous changes are afoot,” Mavalvala says. “We’re in the middle of a global pandemic and economic challenge, and we’re also in a moment, at least in U.S. history, where the imperative for racial and social justice is really strong. As someone in a leadership position, that means you have opportunities to make an important and hopefully lasting impact.

Twitter rejoiced as they heard the news, with everyone sharing their anecdotes and stories about Mavalvala:

Not sure how else to say this. This makes me SO PROUD. Nergis Mavalvala is among a handful of world-class Pakistani scientists. @htaneja and I hosted a lunch with her & @MIT alumni two years ago. And my family loved meeting her! Congrats on becoming MIT's new Dean of Science. pic.twitter.com/eaV2t09byE

One of the greatest honors of my life was to be able to meet Dr. Nergis Mavalvala with @betterpakistan at MIT in 2016. Congratulations on her appointment as Dean of School of Science (the best science department in the world)! pic.twitter.com/ySnjiUe6ul

Fantastic news: Astrophysicist Nergis Mavalvala, a key contributor to @LIGO and an outstanding leader within @MIT_Physics, has been named dean of @ScienceMIT! She is the first-ever woman in this role. Congrats! 👏🏻 https://t.co/hqlosg3b8p pic.twitter.com/J0ojkvdgqM

– Very glad to hear that Nergis Mawalwala has been appointed Dean of Sciences at MIT. I met her in 2017 and she was extremely charming, inquisitive, forthcoming, and eager to learn about the life of young graduates in Pakistan that we talked about. https://t.co/C1KEWnAgvX

This is an incredible achievement. I hope our whole species feels proud. Her smile has a genuine joy that only a wise carefree person can have.

For the past years, ever since she has become the Head of the Physics Department at MIT, Mavalvala has deeply cared about the student’s well being and has overseen department’s academic programs. She has applied more flexible doctoral exams, has introduced online versions of many core subjects thus expanding digital learning. She has also set up an extensive mentoring program and introduced positive changes to the department’s graduate and undergraduate programs.

Mavalvala has made it a priority to listen to students, through open office hours, and town hall meetings; she even includes student representatives in key departmental committees. 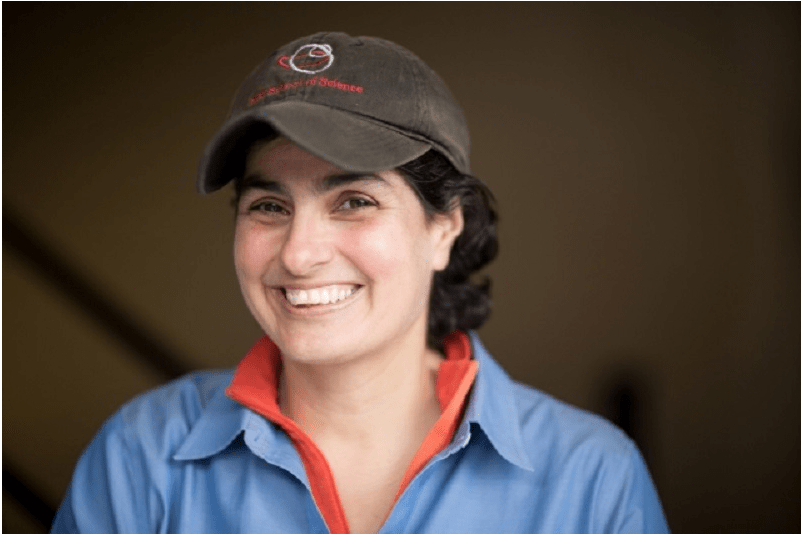 I have had the privilege of working with some amazing people,” she says of her time as associate department head. She credits the many students and colleagues she has worked closely with, especially Fisher: “Through him, I’ve learned about leadership with compassion, with heart.

According to MIT news, Nergis also launched initiatives through which they are better able to meet the department’s educational and advisory goals, while reducing stress and workload for faculty, staff and students.

In order to improve equity and promote a more diverse student body, she even revised the department’s admissions procedure.

Born in Lahore and raised in Karachi, Mavalvala always had a flair for mathematics and physics. After acquiring her early education from Pakistan, she earned her bachelor’s degree in physics and astronomy from Wellesley College, before moving to MIT in 1990, where she pursued a PhD in physics.

After completing her PhD at MIT, Mavalvala went to Caltech in 1997 for her post doctorate to study the cosmic microwave background. She joined as a staff scientist at the LIGO Laboratory in 2000, where researchers were collaborating to build LIGO’s detectors. After spending two years with the Caltech team she joined the MIT faculty in 2002 as assistant pbrofessor of physics.

Isn’t this a moment of pride for our nation and for all the talented females struggling to make a name for themselves in fields dominated by males.