Nida Yasir Apologizes After Facing Backlash But Waqar Zaka & Others Prove How She Lied for TRPs Once Again! 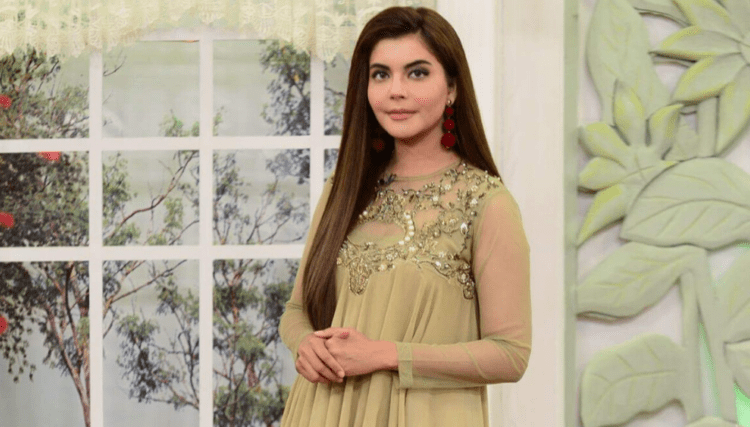 Currently the most notorious of the morning show hosts in Pakistan, with her ‘Good Morning Pakistan’ show on ARY Digital, Nida Yasir has once again found an opportunity to crawl back into our lives. Nida made it to one of the top trends in the past week with #BanNidaYasir trending number1 on twitter.

The morning show host recently invited the grieving parents of Marwah on her show and left no opportunity to cash in on their sorrow. As a result, the woman received intense backlash on social media for being insensitive and heartless.

The horrific and tragic incident of the five year old girl Marwah occurred a few weeks ago where the innocent little girl was brutally abused, burned and dumped by a man in their neighborhood. Nida called her parents on her show and kept asking insensitive and inappropriate questions from Marwah’s parents, asking them to describe her last moments.

Apparently, twitter flooded with comments and people wanted her removed from the show.

It feels like a police station, not like a morning show on TV. Ignorant policemen ask such questions. Shame on #NidaYasir#BanNidaYasirShow#BanGoodMorningPakistan#BanNidaYasir pic.twitter.com/7Vj8SV0LMO

Okay so here we have Nida Yasir again. I don't even have word to describe her. She is purely Jahil. What on earth made her do this? And her questions to parents? I mean @ARYNEWSOFFICIAL is litterraly out of their mind. @reportpemra #BanNidaYasir pic.twitter.com/sgCI43RYbe

However, after receiving severe backlash, Nida Yasir has now apologized for inviting Marwah’s parents on her show and asking questions she believes ‘she shouldn’t have asked’.

She started by apologising to her ‘fans’ and expressed regret on asking questions that the audience did not like. She agreed that she hurt people’s sentiments with the way she put her questions forward and said she had no intention of hurting anyone.

She then went on to give a clarification that Marwah’s parents approached Sarim Burney, responsible for running a charitable organization.

Here are the claims made by Nida in her apology video:

She claims that it was because of her show that Marwah’s family got exposure and a chance to share their story with the public. They also got financial help through the show.

Furthermore, Nida went on to claim that it was because of her show that the rapist was caught two days after the show was aired.

Public wants PEMRA to take action because this is not the first time this host has offended people and then apologised; they have seen it all before.

Seeing how this has already been done before, some people believe this makes the apology entirely futile, useless, and another gimmick to gain ratings!

After watching Nida’s video, Waqar Zaka, who has become quite the social activist and openly speaks on unjust social issues and hence, has gained many followers in the recent past, lashed out at Nida Yasir.

The Living on the edge famed Waqar Zaka recorded a 9 minute video, proving how Nida Yasir actually lied in her apology. As Zaka shows in the video, she stated how Marwah’s family approached ARY while Marwah’s family completely denied this, saying they have no contacts in the media, and it was ARY who called them in the first place. According to Waqar Zaka’s video, she allegedly lied about the FIR as well.

He said that it’s not the first time Nida lied for the sake of ratings, she has been doing consecutive mistakes and will continue to do so. He proved his allegation using another social activist as a witness.

To know the whole story, watch the video below.

We are not sure who lied and who is out to gain ratings and viewership, all we know is that this situation has been twisted and taken advantage to an extreme, and someone should put an end to it!

Do you think her apology was a sincere one? Share your thoughts below.