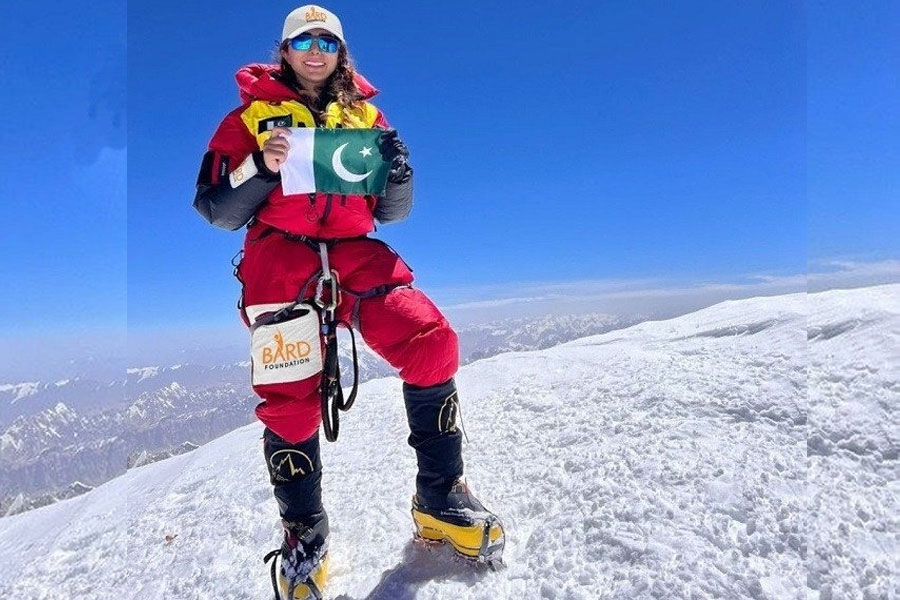 Reportedly, Kiani reached the top of Gasherbrum-1 – the 11th highest mountain in the world – at 7:45 am today, despite extreme weather conditions between the C2 and C3 points.

The Dubai-based banker summited K2, the second highest peak in the world, in July, and the 13th highest mountain, Gasherbrum-II, in 2021.
Last month, the country celebrated Samina Baig for her massive achievement of ascending K2. The 31-year-old had reached the top of the 8,611-metre (28,251-foot) peak as part of a seven-member local team and was followed hours later by Naila Kiani.

Moreover, Prime Minister Shahbaz Sharif praised the two women for their accomplishments and tweeted from his official Twitter account calling them ‘symbols of courage and bravery.
Hats off to these amazing women giving hope and the will to dream to countless children and women across the country.
Stay tuned to WOW360 for more news and updates.
featuredNaila Kiani
0 comment
0
FacebookTwitterPinterestEmail