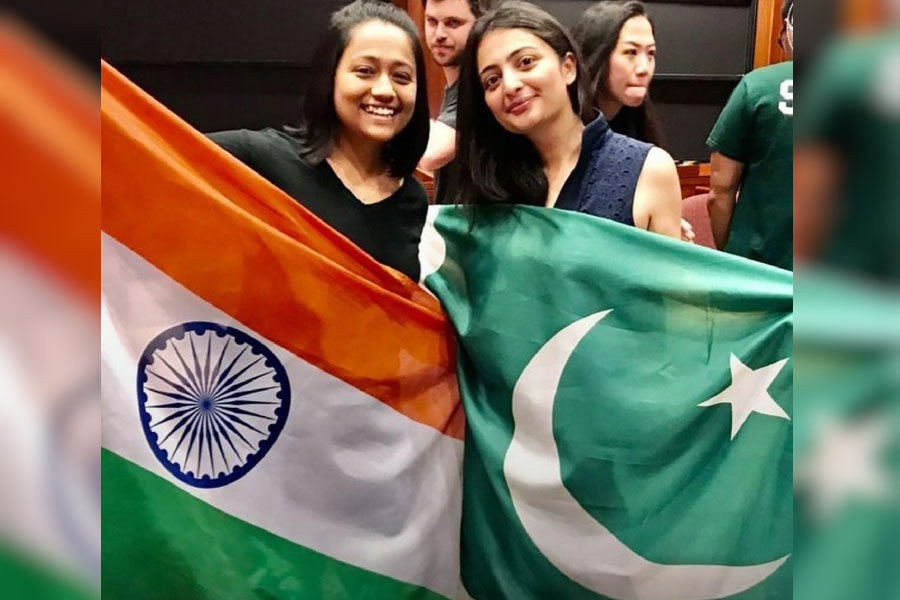 We have often heard that friendships can conquer the highest of mountains, and this pair of friends is proof of just that. Meet Sneha Biswas, an Indian woman whose social media post praising her Pakistani friend is going viral.

Even though Biswas did not give her friend’s name away in the post, she shared a heart-warming account of how their friendship bloomed.

Growing up in a small town in India, my knowledge about Pakistan was limited to cricket, history books and the media. All revolving around rivalry and hatred.

Decades later, I met this girl. She is from Islamabad, Pakistan. I met her on my Day 1 at Harvard Buinsess School. It took us 5 seconds to like each other and by the end of first semester she becane one of my closest friends on campus.

Over multiple chais, biryanis, financial models, and case study preps, we got to know each other. Her stories of growing up in a conservative Pakistani dackdrop, but blessed with supportive parents who gave her and her younger sister the courage to break the norms and chase their dreams, resonated with me. Her stories of fearless ambitions and bold choices inspired me.

I realized that while pride for your individual nations stand strong, your love for people transcends geographies and boundaries. People, fundamentally, are similar everywhere. Boundaries, borders, and spaces are built by humans, and while it all might make sense to the head, the heart often fails to understand them.

Look at us on the famous flag day at #harvard flaunting our flags and smiling away at the joy of ‘breaking barriers’ not just literally between India and Pakistan, but also for countless little girls from India and Pakistan who are scared to shoot for stars. 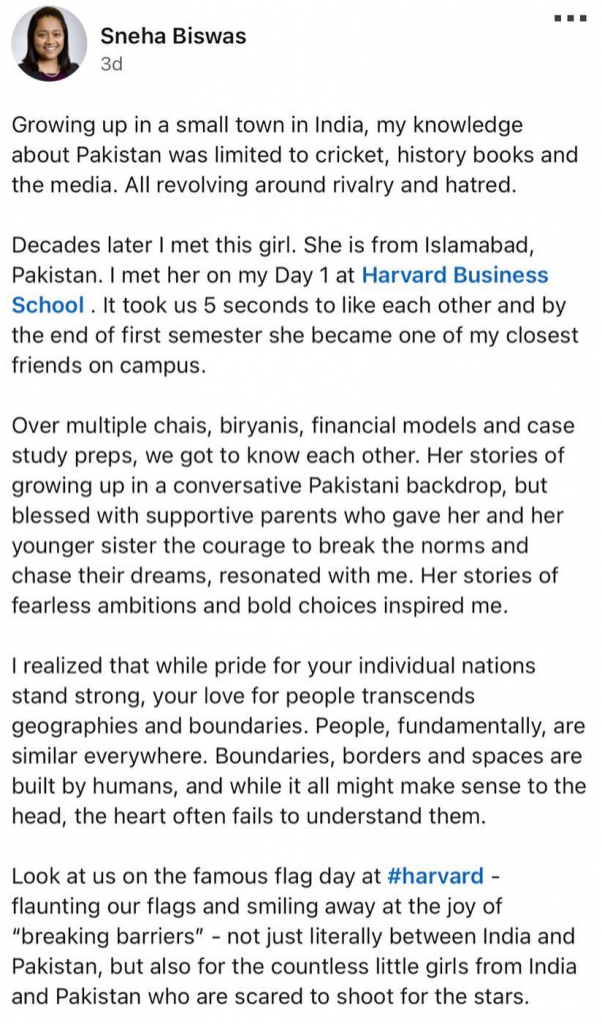 The post has received social media attention in the week running up to India’s and Pakistan’s independence anniversaries celebrated on 15 and 14 August respectively.

Both nations’ independence is also linked to the Partition in 1947, which led to the division of India into India and Pakistan. The partition was one of the bloodiest events in history, and one that experts say laid the seeds of animosity between the two nations.

We are extremely proud to see young women like Sneha and her friends who are breaking stereotypes and proving that love and friendship can conquer much more than hatred can.
Stay tuned to WOW360.