Sunday, June 26 2022
Top Posts
4 Antioxidants That Your Skin Needs if you...
5 Ways to Prevent Ovarian Cysts in Women
3 Lassi Recipes to Beat the Heat in...
3 DIY Hotpot Recipes You Can Make at...
5 Tips to Keep Your Hair Sweat-Free During...
Fawad Khan to Make Debut in Ms Marvel...
“Women Can Accomplish Anything They Set Their Mind...
TikTok Releases First Album of Viral Hits
Mehwish Hayat Makes Her Debut as a Djinn...
‘Girls are No Less Than Boys’ Says Pakistani...
CultureEditors' Picks 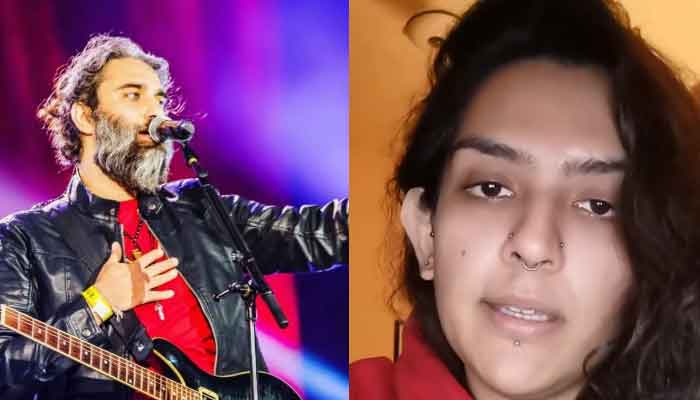 The singer took it to his Instagram to deny allegations of sexual harassment. He uploaded a story on the platform that had a tombstone with his name in Urdu. Above his name, the phrase “we will change the world, we have sworn in our hearts” was inscribed,  while below his father’s name and other details were inscribed, similar to an actual tombstone.

He wrote, “Ayesha Binte, I am done being concerned about you. I sent you an apology by putting my entire life on stake, and you have the audacity to not accept my heartfelt words. I deny all allegations of sexual harassment against me and I never admitted to them to start with. I was already not in a good place. Now I am gathering the courage to move on to the next world. I have absolutely no guilt. I hope you finally find your solace and an answer for my children”. He tagged the journalist and added #StopMockeryofMeToo in the post. 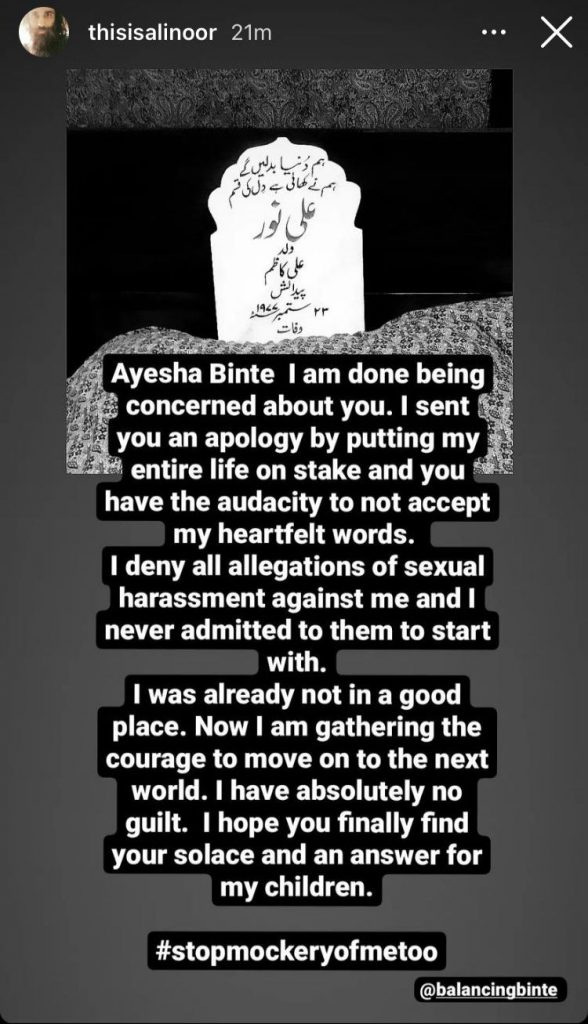 In another story, Noor wrote, “To the few left that still love me… Remember I am no sexual abuser. Also, remember… Every Human Being Matters. Wishing a better life for everybody.” Then he added hashtags again at the end of the post, #MeinNeChorhDiya, and #StopMockertyOfMeToo. 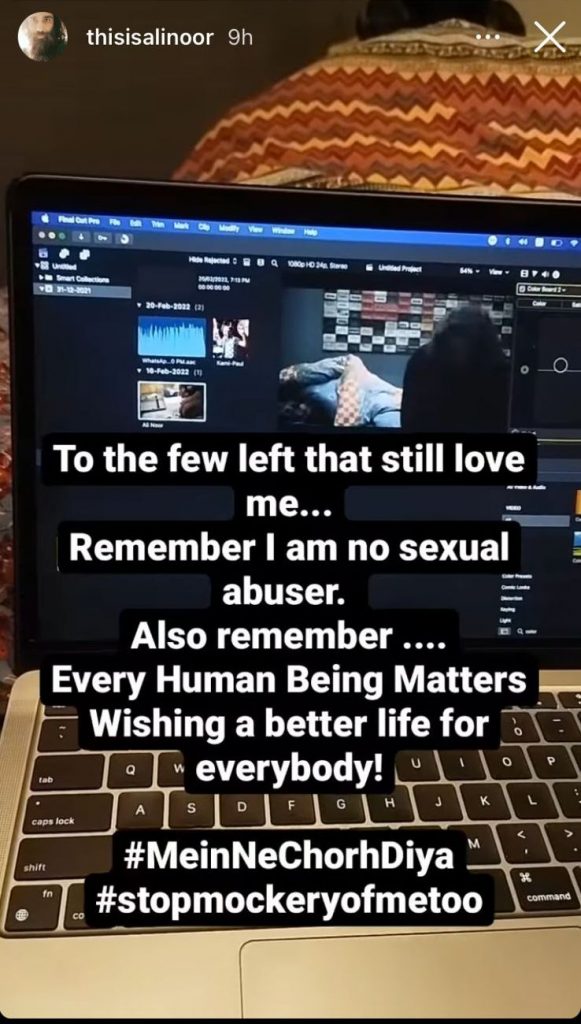 Over the weekend, there was a lot of conversation around the harassment allegations against Ali Noor. Following his statement from last night, where he denies these allegations, Twitter users have had a lot to say:

very good of Ali Noor to apologize to someone he has never harassed to stop them accusing him of something he definitely didn’t do because he was so concerned about them. What a nice chap. pic.twitter.com/aMweN7aLIk

“How dare you not accept my apology for sexually harassing you? Hain? Bas theek hai phir me bhi nahi Maanta,” tweeted a user.

How dare you not accept my apology for sexually harassing you? Hain?
Bas theek hai phir me bhi nhi maanta.
Ali Noor pic.twitter.com/pQ6P5xyNEJ

“The #MeToo case exposes so many Desi men who are incapable of accepting harassment even exists,” says a user.

This latest #MeToo case exposes so many Desi men who are incapable of accepting harassment even exists. #AliNoor actually admitted it in his own post. If you don’t believe the victim or the perpetrator then your denial probably stems from your own experience as a harasser.

So what we learned today is that the victim in s.harassment is a man who basically needs to work on himself, whereas women on other hand should learn how to forgive & work on self because they might drive people around them nuts with their sexual harassment story.#AliNoor wtf?

Ali Noor, you filthy scumbag, you have ruined our childhood. The memories associated with Noori and Manwa Re. #AliNoor

Clearly, Ali Noor is not making a lot of sense to Twitter users

every day i check twitter with a genuine fear of bad news but these ended up in my group chat today because my friends know my love for Noori.

Ali Noor, thank you I guess for once again proving that fear of our celebrity idols turning out to be predators & harasses is v genuine. pic.twitter.com/ogxaDEp4KV

One by one, musicians and their real faces are coming forward, one incident at a time

Actual text from a friend: first Ali Zafar, now Ali Noor. I think Ali Azmat must also have hidden a skeleton or two. Should I change my Ali's name? (Ali is her toddler son.)

“Why do all harassers hide behind their wives and a ‘spiritual journey’? ” asked a user.

Why do all harassers hide behind their wives and a 'spiritual journey'?#AliNoor

#MeToo survivor comes forward with allegations against Pakistani singer Ali Noor and he is still garnering support from his social circles. Who says allegations ruin a man’s career? Shame on those protecting his predatory behavior. More power to Ayesha Binte. Standing with her.

Ali Noor: *writes a 500 word unhinged note about how he is a harasser*

Men: Okay but where is the proof that he harassed her????

Have something to add? Let us know in the comments sections below.