Sunday, June 26 2022
Top Posts
3 DIY Hotpot Recipes You Can Make at...
5 Tips to Keep Your Hair Sweat-Free During...
Fawad Khan to Make Debut in Ms Marvel...
“Women Can Accomplish Anything They Set Their Mind...
TikTok Releases First Album of Viral Hits
Mehwish Hayat Makes Her Debut as a Djinn...
‘Girls are No Less Than Boys’ Says Pakistani...
Punjab Government to Provide Scooties to All Female...
Is Akshay Kumar’s Upcoming Film ‘Raksha Bandhan’ a...
On This World Music Day, Spotify Celebrates K-Pop...
Editors' PicksTravel 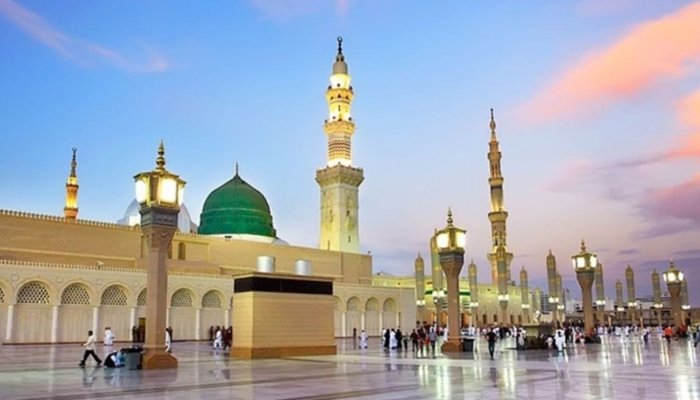 Saudi Arabian city Madinah has been stated as the world’s #1 city, safe for solo women travellers. The insight is revealed by a US-based travel insurance company, InsureMyTrip.

Titled “World’s Safest Cities for Solo Women Travelers,” is a list by InsureMyTrip that comprise 65 cities. These are ranked based on the perception of women who have visited the listed cities.

InsureMyTrip is a travel insurance company that has been offering insights since its inception in 2000. The insights reveal travel destinations based on tourists’ ratings and reviews to help other travellers with their trips. Women travellers were asked two questions for their latest survey.

1 – How safe do they feel regardless of their gender?

2 – How safe do they feel walking alone at night?

Women who travelled to these 65 cities were only included in the survey. As per the respondents, Saudi Arabian country Madinah received a perfect score.  This makes it the world’s safest city for solo women travellers.

Here are the top 5 safest cities in the world for female solo travellers:

Here are the top 5 least safe cities in the world for female solo travellers:

South Africa’s Johannesburg had the lowest safety rating at 0 out of 10 due to its high crime rate.

The Vice President InsureMyTrip, Suzanne Marrow, said: “Everyone deserves to feel safe while travelling. At InsureMyTrip, we strive to take the worry out of travel because it should be fun. We hope this ranking empowers more women to travel, with or without a companion.”

Hunza Valley is one of the Safest Places for Women to Travel in the Northern Areas of Pakistan. Read the full story here:

Hunza Valley, a popular tourist spot, is located in the Gilgit-Baltistan region of Pakistan. As summer holidays are here, many tourists make their way to the valley to unwind. If you’re planning a trip to the northern areas of Pakistan, Hunza is a great destination. It is also known to be safe for women if you are planning to travel alone or in groups. The literacy rate in the valley is above 95%, and the best time to visit is between April and October.