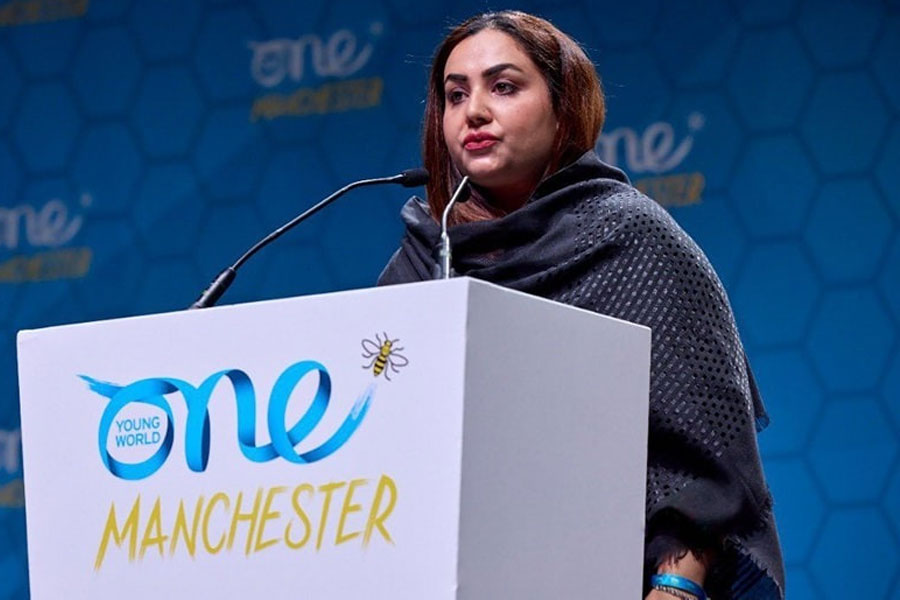 Shams was shortlisted among 15 candidates from 190 countries and won the title among 5 politicians based on her parliamentary services. She was 26 when she was elected as MPA KP assembly on PTI’s ticket.

On the occasion, she said that it was a great achievement for her that she was selected for the award, adding that it would encourage other females from backward areas to come forward and become a part of a solution the country has been yearning for.

Proud to announce that PTI MPA Chairperson @WPC_KP Dr @SumeraShams has been awarded as one of the 5 young incredible politicians around the world by @OneYoungWorld in Manchester United Kingdom. pic.twitter.com/mneGgegy2z

Dr. Sumera Shams is heavily involved in women’s rights work and has worked on various bills including the Female and Youth empowerment bills, awareness on HIV/aids, violence against females, children’s harassment and underage weddings.

Moreover, she was the first lady member of the Public Accounts Committee while also performing services as chairperson of the standing committee on health. Her younger sister Noreena Shams has represented Pakistan in an International squash event.

She is the youngest person to be elected as a Member of the Provincial Assembly. She was also one of the first women to cast a vote in Lower Dir. Previously she served as a district councillor in Lower Dir in 2015.

The annual One Young World Summit brings together 2,000+ of the brightest young leaders from every country and sector, working to accelerate social impact both in-person and digitally. Delegates from 190+ countries are counselled by influential political, business, and humanitarian leaders such as Justin Trudeau, Paul Polman and Meghan Markle, and many others to harness the knowledge and skills needed for being impactful change makers.

Delegates participate in four transformative days of speeches, panels, networking, and workshops. They also have the opportunity to apply to give keynote speeches, sharing a platform with global leaders with the world’s media in attendance.

Delegates have the opportunity to challenge world leaders, engage with, and be mentored by expert industry influencers and make lasting connections. Together we celebrate our young leaders through social events and unforgettable Opening and Closing Ceremonies.