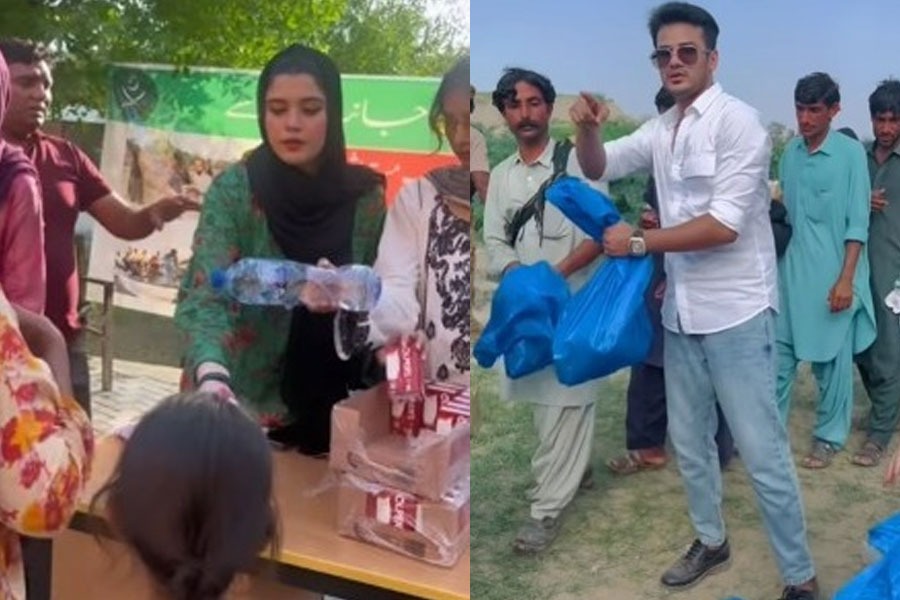 Influencers Kanwal Aftab and her better half Zulqarnain have been out and about trying to contribute their share in the relief work.

The couple has been seen distributing goods to flood affected survivors and have been posting on Instagram to spread awareness.

Unfortunately, while the two were out doing good deeds, a group of robbers took advantage and looted their home.

Reportedly, the TikTok stars had been in interior Sindh for two days, and when they came back home they realized what had happened.

The robbers took everything from cash to jewelry and other valuable good they could find. On the other hand, accounts of flood relief goods being stolen before reaching their destination have also been surfacing on social media. The couple lodged FIR and also requested fans for prayers.

They opened up about the incident in their recent vlog:

Zulqarnain also tells an incident about how his friend’s father in Islamabad was looted and that the robbers took the car he was driving as well, and that more and more incidents are being reported every passing day.

On the other hand, relief good trucks are either being looted while en route or drivers are secretly selling the goods in exchange for money. Social media is furious as to why the good has not reached their destinations yet.

Multiple reports of children dying from starvation have been surfacing, leaving netizens even angrier. While people are demanding answers from authorities, others are questioning if anyone is willing to take responsibility for these acts.

We request our readers to take caution when going out of their homes. Avoid taking out money or valuables when commuting. Try not to use your smartphones and keep them silent.

Do not resist a robbery, if you have been targeted give them the goods to avoid the risk of firing. Most importantly, stay aware of your surroundings, do not discuss money, property, or such details when traveling with ride-hailing services or public transport, look here and there and track if anyone is following, if you think someone is being suspicious ask the driver to change the route and always inform someone about your whereabouts.