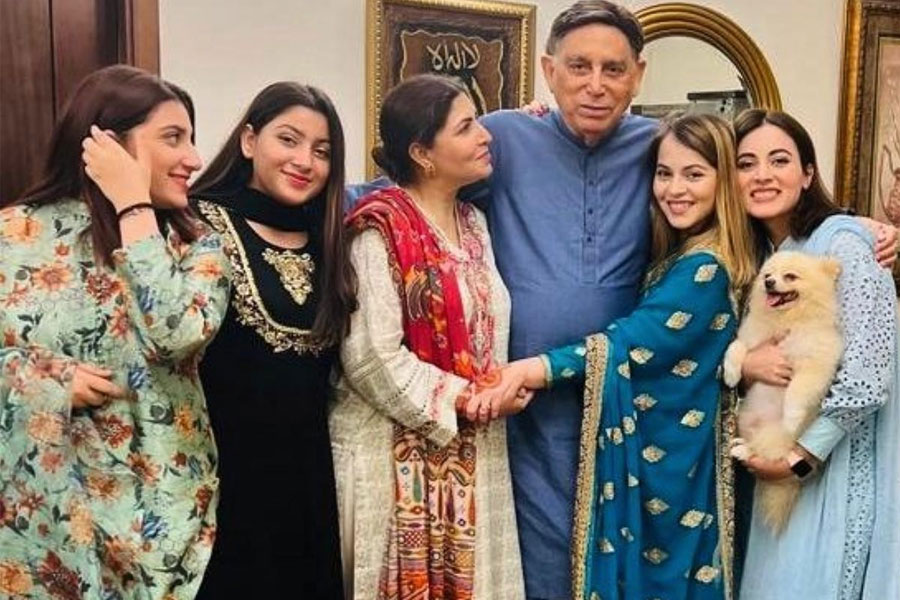 Pakistani veteran actress Shagufta Ejaz recently appeared in an interview in which she got candid about her personal life.

While talking to the host, the ‘Mushkil’ star boldly stated that she never desired to have a son after being blessed by the Almighty with four daughters.

Her eldest 2 are married and the actress often shared pictures of them with her sons-in-law on social media showing that despite being married, they are very close to their mother and father.

Her statement also signifies that daughters are blessings to parents and that they are very well capable of taking care of their parents, the husbands, their in-laws, and their careers, and can do just about anything a son is capable of doing.

Moreover, we have often seen in our society that individuals say that a family without a son is ‘incomplete’ however in her case, Shagufta Ejaz showed deep gratitude towards Allah for her 4 girls and added that she never prayed to have a son because her daughters are enough as is.

It is highly unfortunate that female fetuses and children are often discarded before or right after birth because of their gender. Even after living in the 21st century in a progressive era, the backwards thinking of preferring a male child over a female child still exists.

And even if the girl child is not killed, she is confined to the kitchen, with the male being the preference for education, career, and other choices that the girl never has. There are several cases in which fathers have married their minor daughters thinking they’re a burden and that through the marriage the burden will come to an end.

Women make up almost half of Pakistan’s population, and it’s about high time we unite as one country and protect the girl child giving awareness and live examples of women who have proved time and time again that they are enough and can perform the same tasks if not better than their counterparts.

Share your two cents with us in the comments below. Stay tuned to WOW360.