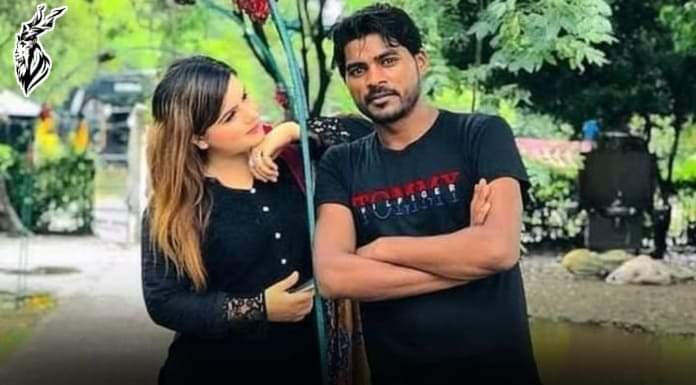 An audio clip has been released of the victim, Ayesha Akram, of a mob harassment case from the 14th of August in conversation with her partner Rambo. The audio reveals that the two were allegedly discussing the possibility of extorting money from the arrested suspects in the case.

A leading news channel played the clip during their segment that has been going viral on social media. People are furious to find out that the victim and his partner are planning to extort the suspects. #AyeshaAkramExposed has been trending on Twitter since then

As per sources, the conversation has been obtained from their phones. In the recorded audio, Rambo, aka Amir Sohail, asks TikToker Ayesha Akram as to how many suspects have been arrested yet in the case. Ayesha informs him that only six people have been recognized and arrested.

Rambo then questioned Ayesha what should each suspect pay if you are ready to let them off the hook. He said they couldn’t demand a huge sum of money from the arrested as they belong to low-income families. Ayesha allegedly responds that they can hardly demand half a million, which also seems difficult to acquire.

“How much money should we take from each one of them? #Rambo is then heard asking her. “Most of the suspects are poor,”

Ayesha lodged a complaint with the Lari Adda police station in August. She said she was filming a video near Minar-e-Pakistan on the 14th of August with her friends, with who she went along when a mob of 400 men attacked her. She was stripped, and her clothes were torn apart.

The woman told the police that the mob picked her up and tossed her around. Her phone, cash, and gold ornaments were also snatched. She added that she cried for help, but no one came to her rescue. The horrifying incident was recorded by many people, and the videos circulating on social media for days.

Top 5 Trends on Twitter in Pakistan Today are About the Horrifying Assault of a Woman at Minar-e-Pakistan by 400 Men. Read the full story here:

On independence day, a mob of at least 400 men harassed and assaulted a woman in Lahore’s Greater Iqbal Park. In her complaint, which has been lodged with the Lari Adda police station, the victim said she was filming a video near Minar-e-Pakistan on the 14th of August with her friends, who she went along with Minar-e-Pakistan when a mob of 400 men attacked them.