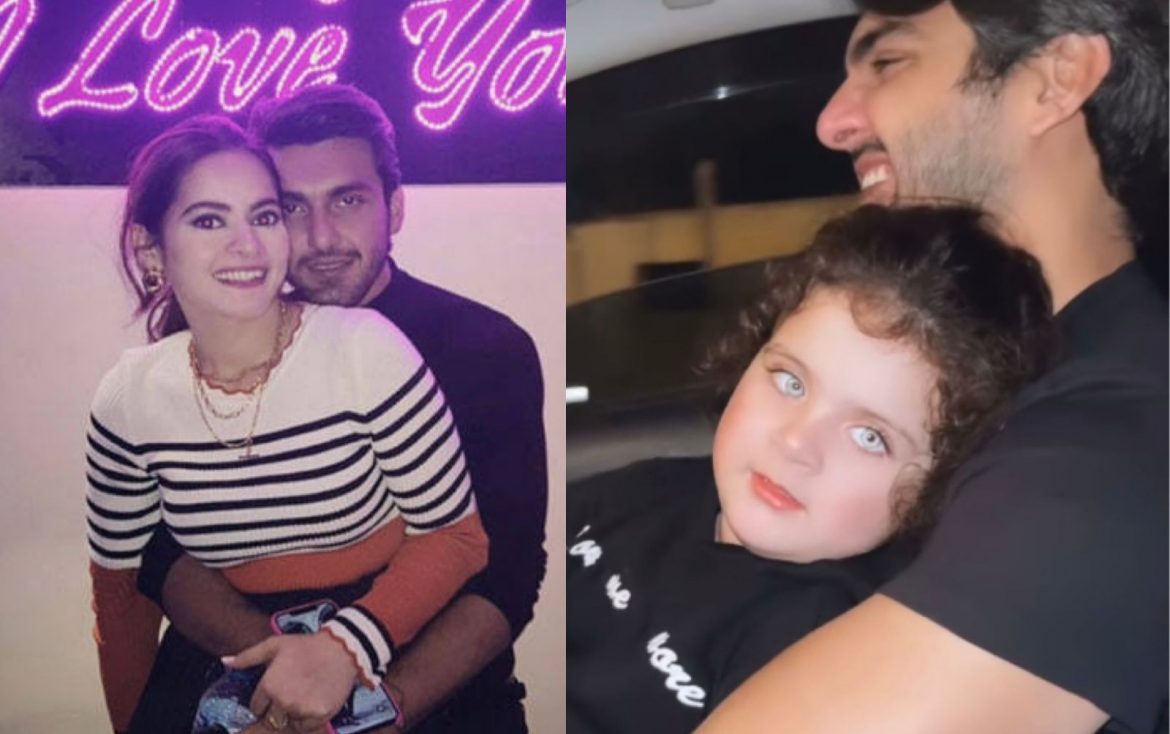 Minal Khan and her husband Ahsan Mohsin Ikram were seen cruising on the road with niece Amal who is the daughter of Aiman Khan and Muneeb Butt.

On Minal’s Instagram story, Amal was seen sitting on husband Ahsan’s lap while he drove the car and Minal recorded the scene, clearly ignoring road safety rules once again. This is not the first time, the two of them have ignored the road safety rules. Last year, in July, it was raining when both Minal and Ahsan were seen driving in the streets of Karachi without their seat belts on.

The two were criticized by Shaniera Akram, who is the wife of a former cricket player, Wasim Akram. Following Shaniera’s comments, a lot of Internet users and the general public criticized Minal and Ahsan for doing so. Journalist Maliha Rehman also posted the clip which was making rounds on social media. She captioned the post, “Little #amalmuneeb driving about with Khala and Khaloo #MinalKhan and #AhsanMohsinIkram! Let’s hope that wasn’t a very busy road!”

Minal Khan responded to the post saying, “Yes! Don’t worry we were driving around in our street”.

Many internet users pointed out how dangerous it is for a child to be sitting on the driver’s lap. If Minal and Ahsan wish to spend some fun time with Amal, they can head to the parks. The road is not a place to have fun. 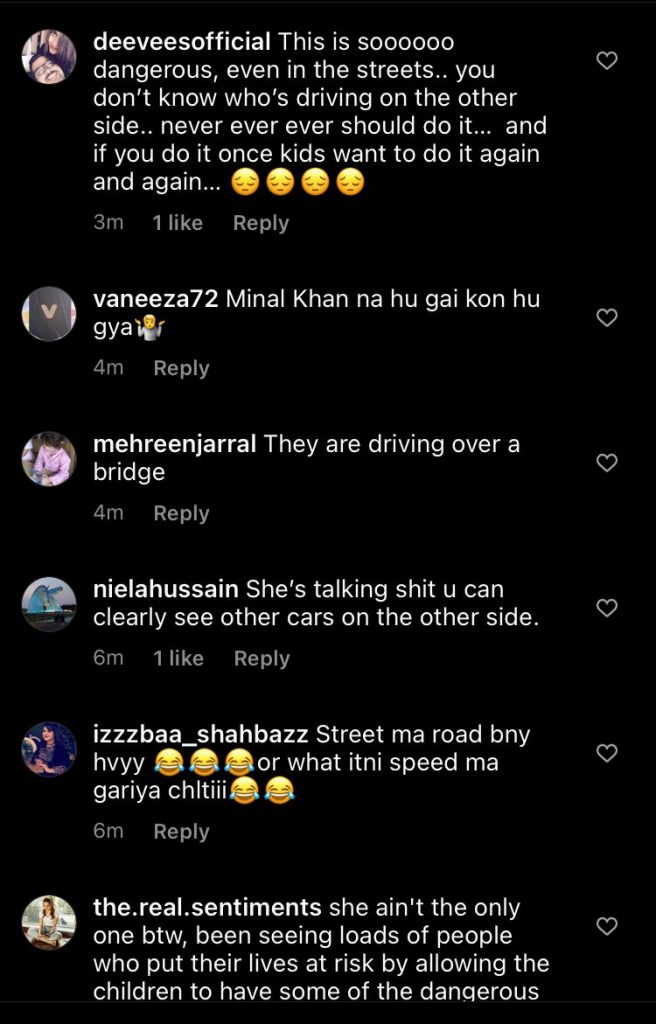 Someone commented this is why education is important. Some said this was irresponsible of them. 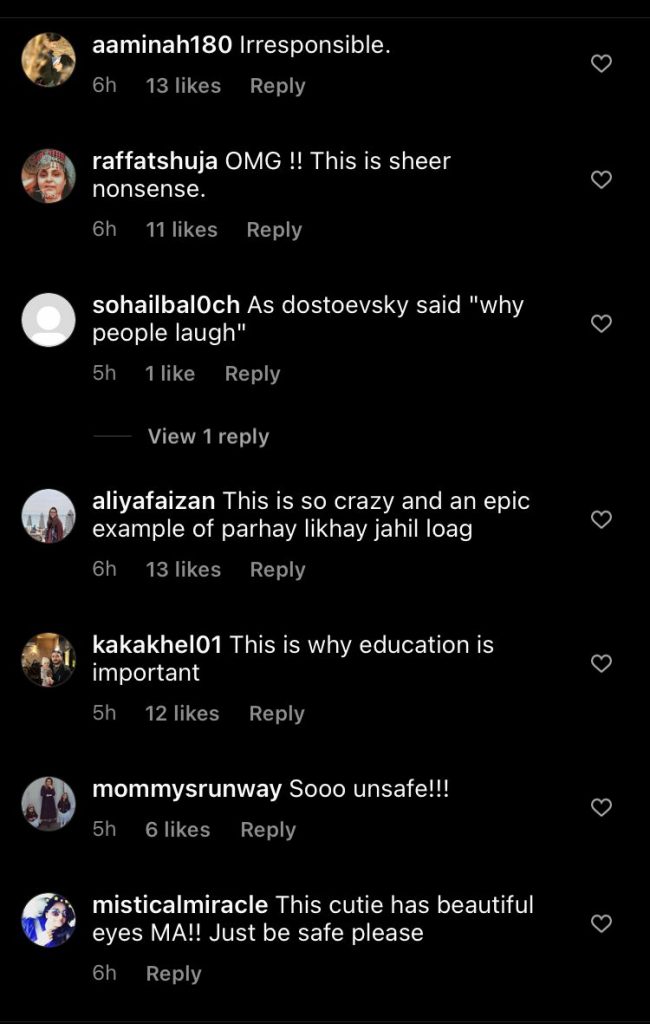 Someone commented imagine if you would have done this in the USA. Probably you get 11 years term for being on-road and not taking care of child safety. 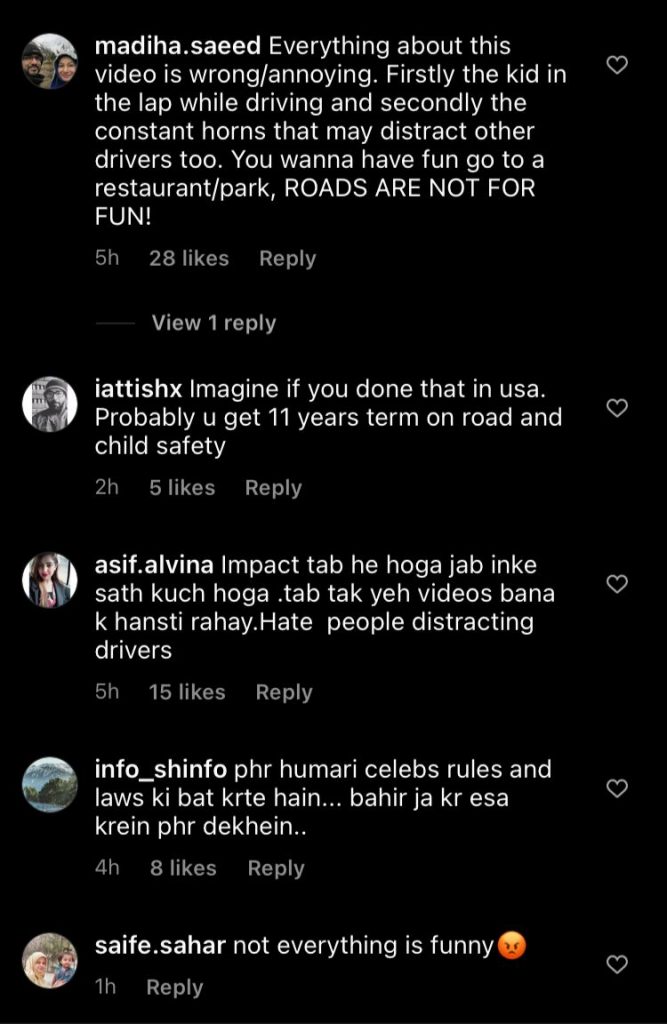 Earlier this morning, Shaniera Akram took it to her Instagram stories to school Pakistani actress Minal Khan and fiance Ahsan Mohsin Ikram over road safety rules. Yesterday, Karachities experienced their first rainfall this monsoon season. Naturally, everyone was out and enjoying the rain and posting all the fun snaps on social media.