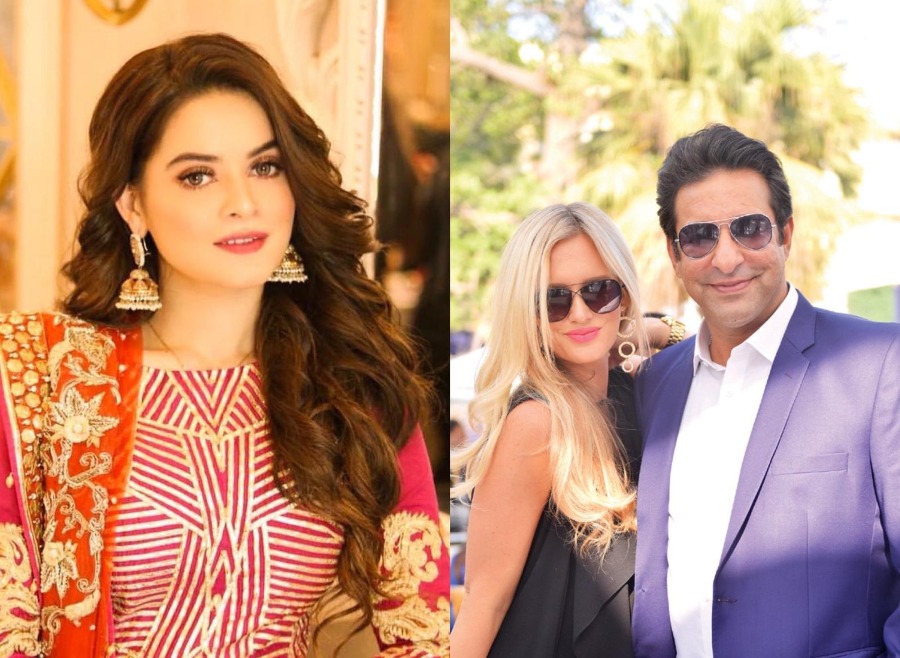 Yesterday, Karachities experienced their first rainfall this monsoon season. Naturally, everyone was out and enjoying the rain and posting all the fun snaps on social media. One such clip of Minal Khan recorded by her fiance made rounds on social media, which clearly showed that the two were not adhering to road safety rules: Minhal without a seat belt and her fiance recording the clip. 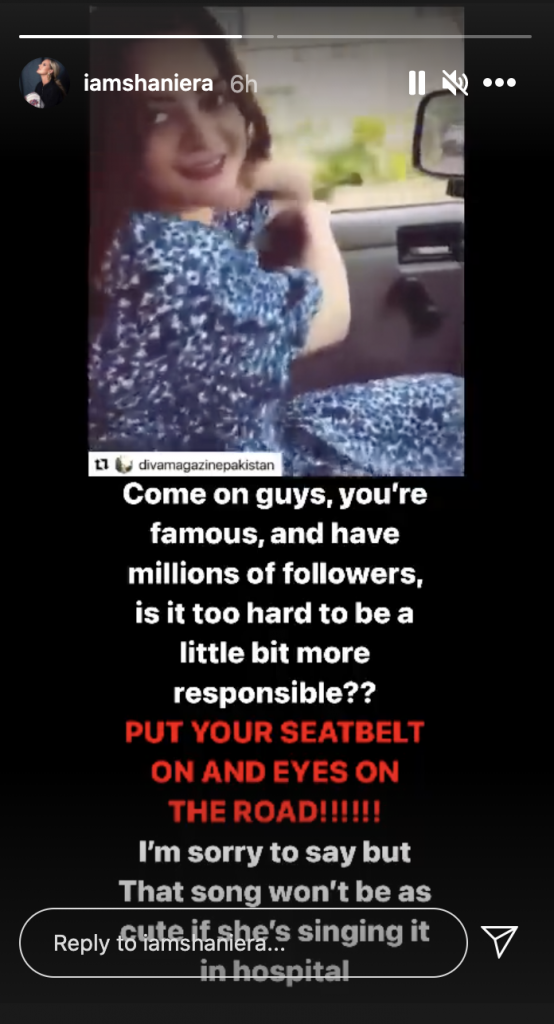 Shaniera wrote in a post: “Come on guys, you’re famous and have millions of followers, is it too hard to be a little bit more responsible? Put your seatbelt on and eyes on the road! I’m sorry to say, but that song won’t be as cute if she’s singing it in the hospital.”

Shaniera often uses her platform to address numerous social issues that persist within our society. Last year, she found hazardous waste being dumped in the sea during her morning run during quarantine. She raised her voice on the concern alongside her husband Wasim Akram and called out authorities for not keeping this in check.

It seems as if Akram’s concern over the safety rules was not offensive, given that many people watch these clips and tend to follow in the footsteps of the stars. Minal Khan is one of the most-followed people from the industry on Instagram, with over 7m followers. Someone with a big following holds a lot of responsibility for what they put up on their platform.

Once again, Shaniera Akram has taken to her Instagram to give sound advice to brands regarding responsible packaging and marketing of their products. She has been actively involved in cleaning up litter on Karachi beaches and is now strongly advocating recycling as a priority.  Previously, she urged the authorities and the public to start working together to keep the city clean and contribute to making it a safe space to live in.