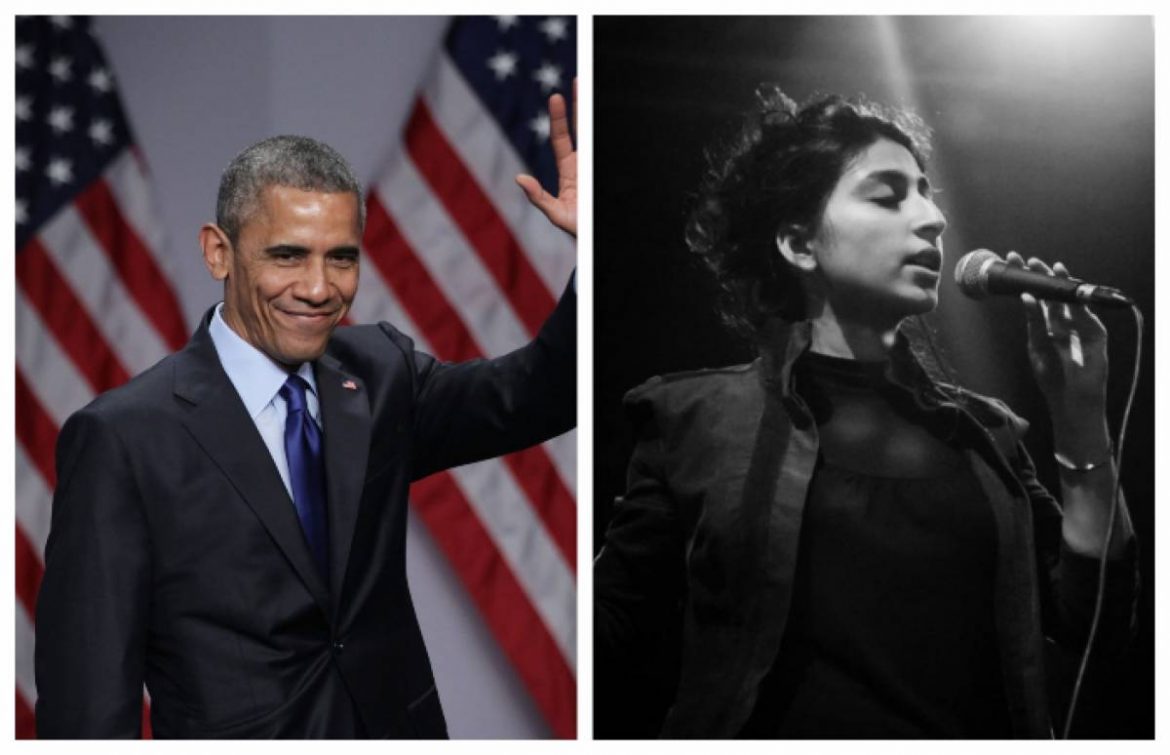 In today’s news, talented Pakistani singer and composer Arooj Aftab’s song ‘Mohabbat’ made it to Barack Obama’s summer playlist. He is the former President of the United States of America.

Obama summer playlist comprises 38 songs in total.  The list includes big artists such as Rihanna, The Rolling Stones, Jay-Z, Bob Dylan, Bruno Mars, among many others.

He wrote on his Instagram: “With so many folks getting together with family and friends, there’s a lot to celebrate this summer. I put together a playlist of some of the songs I’ve been listening to lately — it’s a mix of old and new, household names and emerging artists, and a whole lot in between.”

Apparently, Arooj woke up to this news and was particularly excited about it. She took to Instagram to express her joy for being featured in Obama’s list of favourite songs. She shared Obama’s picture on Instagram captioned, “Well, this has been wonderful to wake up to. Thank you, Barack Obama”.

Arooj is a 36-year-old Brooklyn based singer who was born in Saudi Arabia and grew up in Pakistan. She moved to New York after graduating from the Berklee College of Music in Boston.

At the beginning of the year, Arooj released Vulture Prince, her album, which has earned quite a reputation among people ever since it first came out. She is known to bring forward Rumi and Mirza Ghalib’s poetry together with electronic samples and jazz. She was awarded by the Latin Academy of Recording Arts and Sciences for her additional vocals in Antes Que El Mundo Se Acabe (Residente).

A septuagenarian folk singer of Thar, the woman, made waves in the Pakistani music industry with her melodies in Coke Studio Season-8. The band has also performed at SXSW Music 2015 festival in the United States; her unique style of music garnered massive praise there. “Although Marwari [the language spoken in Thar and Rajasthan] is not understood by many Pakistanis, Mai’s English-speaking American audience deciphered it as the language of love.”

Summer Trends 2021: Styling Tips on How You Can Don a Kaftan