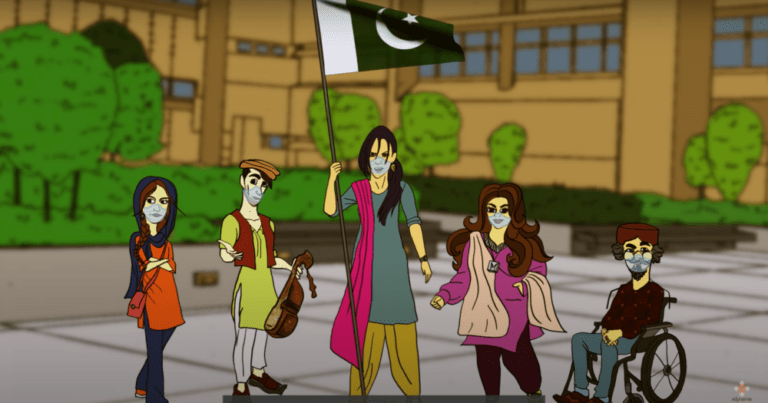 Just because the lockdown is over, doesn’t mean the pandemic is over too. It is imperative for us to understand that the ongoing virus is still just as deadly, even more now that people have stopped wearing masks being open in public.

Even though things are gradually resuming to normal, the virus is still rampant across the world, including Pakistan. Since people tend to take the crisis lightly, several awareness campaigns have been initiated to help people cope with the virus and stay safe.

One such campaign is the #elaajsirfehtiyaat initiative released by Xdynamix Media that features Pakistan first animated transgender superhero called Bijli.

The message the campaign delivers is ‘precaution is the only cure’. Bijli leads the way in guiding her members and addressing some of the prevalent social issues. 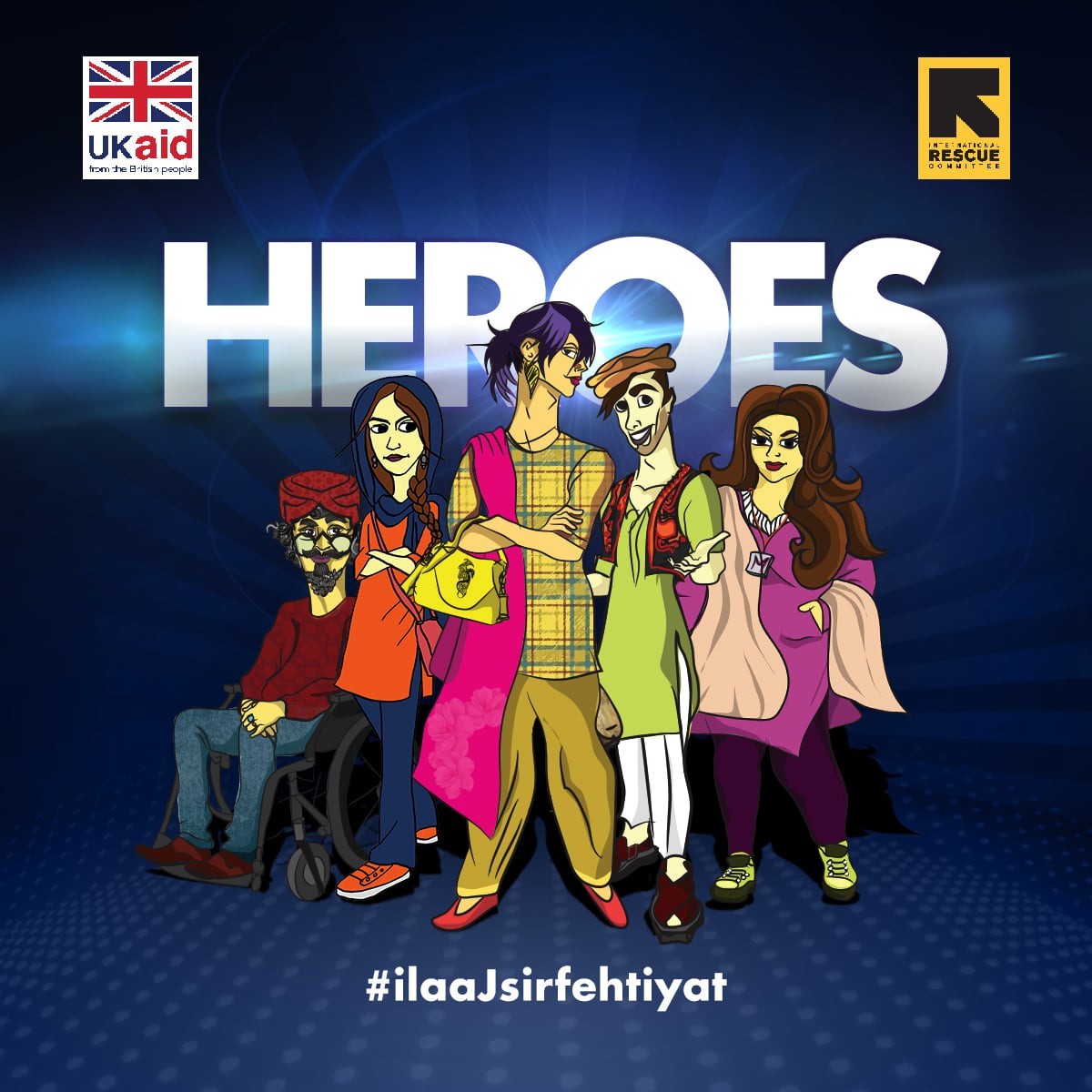 Bijli is a transgender activist and has been chosen to be a part of this interesting initiative to reflect gender equality. The voiceover for Bijli’s animated character is Nadeem Kashish and the core purpose of this is to show support for the transgender community. She is one character that stands for betterment of society and Pakistan overall.

There is still a long way to go for the transgender community to attain equal human rights and this is what this project aims to shed light on. The purpose of the campaign is to make people aware of the discrimination transgenders still face in the Pakistani society and how this taboo must be broken.

Apart from positive info, we see many pages, websites and social media platforms spreading the wrong myths about this pandemic. Please do not believe in every piece of info and follow the basic Sop’s in public and private places. 🌪️ Basic protective measures against the coronavirus as recommended by the World Health Organization (WHO) are as follow: ✔️Wash your hands frequently ✔️Maintain social distancing ✔️Avoid touching eyes, nose and mouth ✔️Practice respiratory hygiene ✔️If you have fever, cough and difficulty breathing, seek medical care early ✔️Stays informed and follow the advice given by your healthcare provider Our Heroes are here to guide you and provide the authentic info, don’t forget to watch another exciting episode under the leadership of Bijli. Their goal is clear to help the community and its vision is to protect Pakistan. Presented by our Partners: @rescueorg and @dfid_uk Department for International Development . #ilaajsirfehtiyat #PakistanfightsCorona #StayhomeStaySafe #staystrong #likeforlikes #like4follow #instalife #coronavírus #Covid19 #behonestgethonesty #vipeshipevibe #ozairism #wednesdaymotivation #Karachi #Pakistaniblogger #Sidrastic17

People like ‘Soomro’ in the film, who is a differently abled character, have also been included in the campaign to reflect on how these people face exclusion, neglect and discrimination even in today’s time. 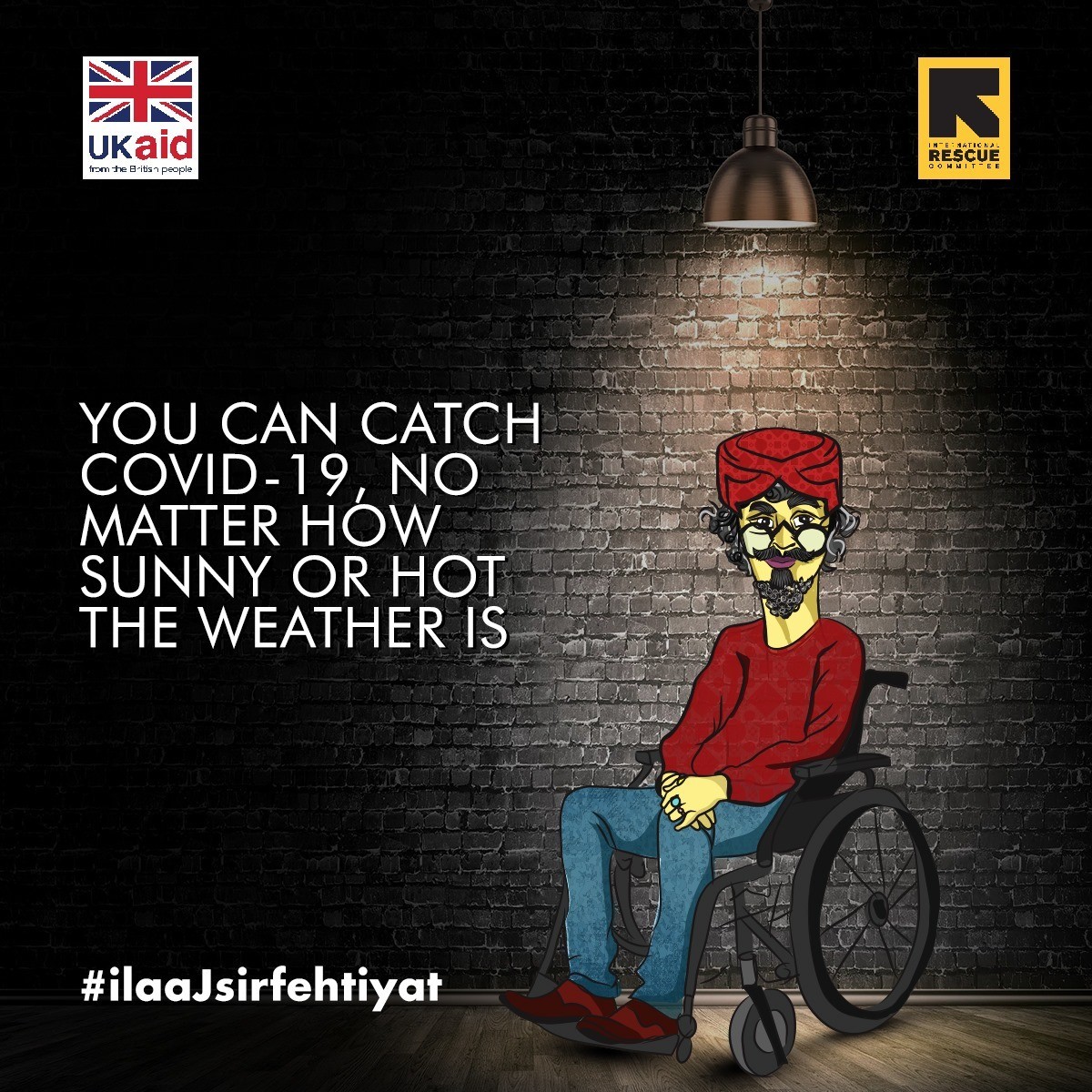 The idea of releasing this campaign is to break stereo types and include such superheroes to show that they too can have a significant role in bringing about a change in the society.

It is great to see such an ‘all inclusive’ initiative being taken and a character like Bijli been showcased to our youth and children. This brings a sense of awareness for people who don’t count transgenders a part of their community.

Have something to add to this story? Share thoughts below.

How to Start an Online Business in 7 Simple Steps