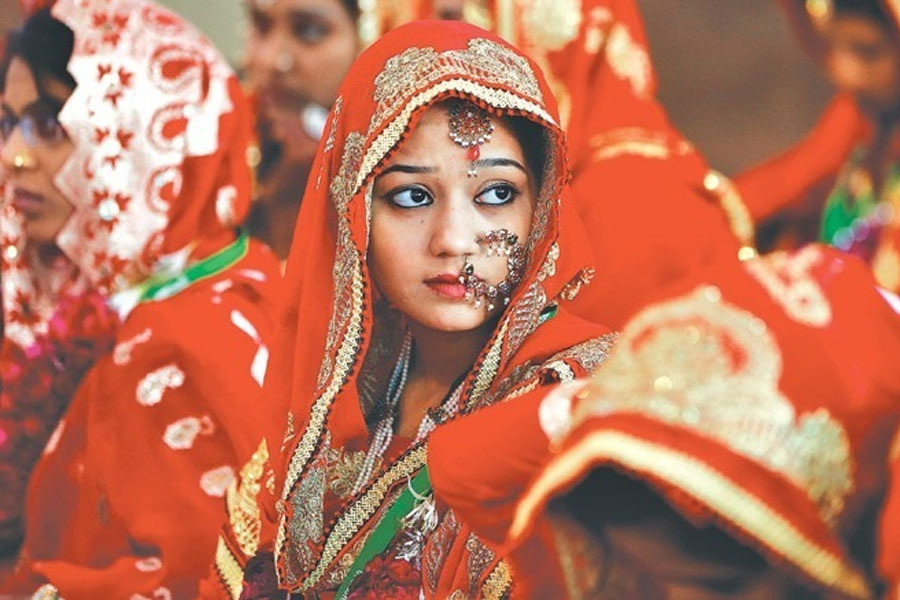 In a heartbreaking turn of events, BBC Urdu reported how a family agreed to their minor daughter’s marriage for money to repair their house that was damaged in the recent monsoon floods.

Reportedly, the 12-year-old girl was married off for a price of Rs. 50,000 by her 50-year-old father belonging to Tehsil Mehar of District Dadu.

They are looking for a relationship with a 10-year-old daughter. NGO ‘Zindagi Development Organization’ claims Qadir Bakhsh is not alone among those making such decisions but two dozen girls from different families so far in his village.

Marriages have been arranged illegally and child marriage is considered a crime, yet no authority has taken action against the families.

When the media confronted the father, he justified the marriage by saying:

Our house, belongings have all been washed away. No one is helping us, not even the government, not even a kilo of flour has been found. The water will recede and we will go back to the village, so what will we do there with empty hands?

He continued by sharing that he has received 25,000 PKR and the remaining amount will be received on the day of the wedding, which will take place next month. When he was told that this marriage is illegal and a crime, he reportedly became angry and stated:

First ask the government to help us and then explain to us what is wrong and what is right. Where will six people eat food? Who will arrange medicine for my wife who is sick? We don’t know when the water will recede and when we will go back, how will we survive until then? Who will solve our problems?

He is not the only one asking these questions and awaiting a safe haven for himself and his family. Video on social media showing how most ration is being wasted by being thrown out of helicopters, and showing people fighting with one another for a single bag has left people with chills.

5 Pakistani Dramas with Strong Female Leads You Must Watch

How to Apply for Commonwealth Scholarship in the UK