The United Nations has selected youngest Nobel Peace Prize laureate, Malala Yousafzai amongst numerous other famous personalities including multi-Grammy winner Beyoncé to appear in a short film based on prevalent global issues. This indeed  is a big honor for Malala who hails from Mingora, Swat Pakistan.

Other influential personalities besides Beyonce include actor Don Cheadle- the film Nations United: Urgent Solutions for Urgent Times will be promoting actions that need to be taken to tackle the biggest issue of the coronavirus pandemic as well as poverty and inequality.

According to the UN, the 30-minute film is set to be broadcasted worldwide, and will premiere on Saturday, September 19th at 9 pm on the UN YouTube channel, announced the UN on Monday,

The short movie is set to “take audiences on a dynamic exploration of the times we live in, the multiple tipping points our planet faces, and the interventions that could transform our world over the next 10 years,” the UN said.

The UN further added that the Oscar-winning actress Julia Roberts will host a radio broadcast and podcast version of the show while António Guterres, UN Secretary-General and Deputy Secretary-General Amina Mohammed will also be part of the film.

The United Nations said that the movie will set out actions to create a better world amidst and after the coronavirus pandemic- tackling climate change, poverty, injustice and human rights is dire now.

Born with an extraordinary gift of public speakingm Malala has always used her voice to fight for the right of education for all women. Hailing from Mingora, Swat where females were suppressed and religious extremists carried out open fires on girls schools and educational institutions to stop them from acquiring education, Malala took a stand and dared to stare the lion right in the eye.

She spoke openly against the Taliban and as result, the then 15 year old Malala was shot three times by the Taliban man, on October 9th 2012. 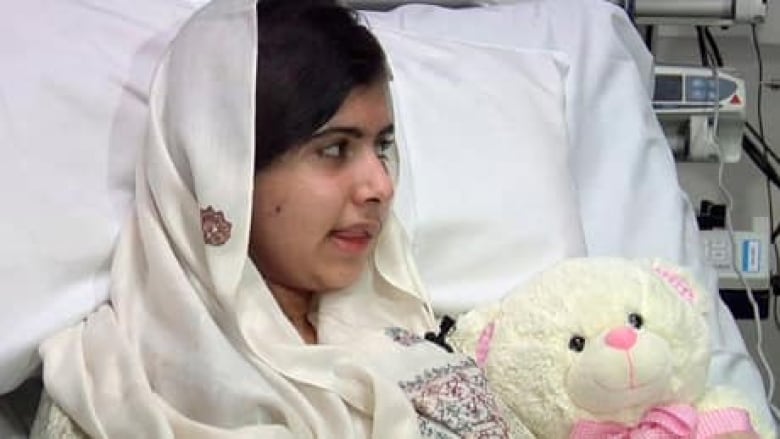 Malala in hospital in the UK after being shot in the head by the Taliban Source: Dailymail.co.uk

However, this didn’t weaken her spirits, infact it gave her more courage and supporters to continue her fight for the provision of education for children and women. She was Nominated for a Nobel Peace Prize in 2013, she was awarded the prize in 2014.

Malala may not describe herself as a feminist, but she most definitely is the face of an international movement for a better world. Her mother, Toor Pekai Yousafzai, learned to read and write in 2014.

What do you think of this new? Share in comments below.

Top 5 Wedding Venues in Karachi to Celebrate Your Big Day!