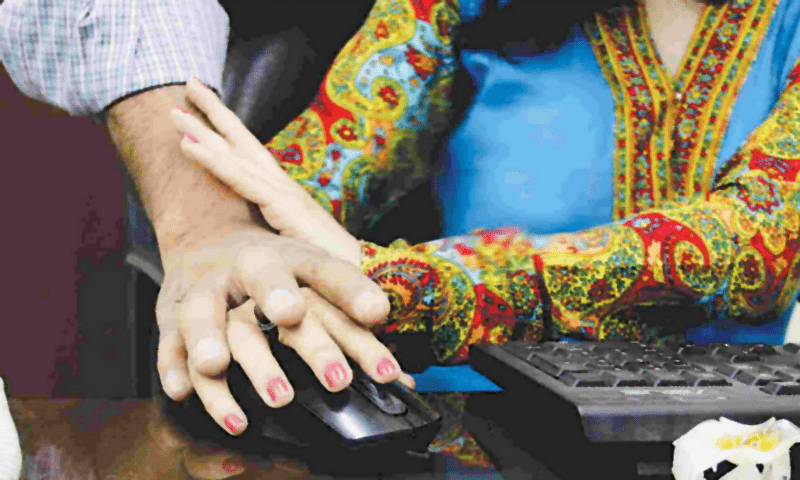 Recently the internet was flooded with shocking revelations of sexual harassment by four faculty members of Lahore Grammar School 1A1 branch.

Students of O & A levels have repeatedly made complaints regarding inappropriate behavior by the four named teachers but sadly the administration has turned a blind eye to these complaints. The teachers accused of harassment are Sir Umair, Sir Warraich, Sir Aitzaz, Omair Rana and staff members.

These teachers were accused of cracking double meaning jokes in class, sharing inappropriate texts and pictures with the students and conducting overtly sexual gestures. The revelations have upset both teachers and parents making them reconsider the safety of their children in this elite school.

A friend of mine posted this about her school LGS 1-A 1. This is so disturbing. How can a school still have these guys roaming around their premises after all these allegations. Disgusting. More power to the girls who brought this up and saved many girls from becoming a victim. pic.twitter.com/YrEARSofkA

These four teachers have reportedly been sacked over allegations of sexual harassment, Dawn News reports. One teacher had sent objectionable pictures to almost eight girls in the school and has been doing so since the past four years. The harassment in this school was long rampant; as one student confronted about it on social media, many came forward with their own stories.

Student upon student studying in LGS school branches (1A1, JT) are coming forth with their experiences of sexual harassment and having to sit through inappropriate behaviour by male faculty, specifically for O/A levels. THESE ARE MINORS.

An ex-student of LGS, Rubina Daud, shared some shocking stories on social media against the teachers of LGS 1A1 branch and many came forward with different versions of the same story. “I didn’t expect this post to receive so much response and am so proud of the girls of LGS 1A1 for sparking a revolution. I was a student of Sir Aitzaz and knew of his crimes but could never come forward with proof since I wasn’t his victim. The pictures below are from a brave girl who shared it anonymously on an insta page.”

An online petition was also started against these teachers:

The students of LGS 1A1 started a petition against these predators. Please help us out by signing it!https://t.co/yjLYIYAihX

1A1 has terminated all of these teachers. pic.twitter.com/DRyn3lHokr

The famous actor, Omair Rana who was the dramatic and theater coach at LGS school was also accused and is now in hot waters:

Pyar Ke Sadqay Actor OmairRana who was a teacher at Lahore Grammar School (LGS) has been accused for harassment by students. pic.twitter.com/YKRn7Qfv46

I can believe this because Omair Rana is actually affiliated with many schools in Lahore, but then again, authenticity matters. But I really hope somebody gets to the bottom of this. pic.twitter.com/19WoFKrKmz

Inquiry committee to probe into the allegations of harassment

Even though LGS hadn’t issued a public statement initially, the school’s Director’s Office has recently released an official statement:

In light of the recent highlighted allegations that have been brought to the attention of Mrs. Nighat Ali, Director Lahore Grammar School, the services of the four following accused employees have been terminated with immediate effect:

1/ Mr. Aitzaz Rehman Sheikh (A Level Faculty Member)
2/ Mr. Zahid Warraich (A Level Faculty Member)
3/ Mr. Umer Shareef (Support Staff)
4/ Mr. Shehzad Irshad (Custodian Staff).
Further to this, the services of Mrs Shakil (Principal 1A-1), Ms. Maira Omair Rana (Administrator 1A-1), Ms. Rubab Hassan (Co Ordinator 1A-1), have also been suspended as of immediate effect.
Moving forward a full committee has been formed to investigate these above stated allegations by the student body.
Lahore Grammar School reserves the right to pursue all legal avenues if these above parties are found guilty of any mis conduct, to ensure that such instances are never repeated again.

Inside sources had revealed that the school’s management was shaken and troubled over the development and was “trying its best” to reach a solution. “Teachers and directors of all the schools are deeply concerned over the revelations,” revealed the source while talking to Dawn News. “However, what’s problematic is that the students also claimed that the administration turned a blind eye to their complaints.”

The social media pages were flooded with posts by girls who had faced the alleged harassment:

One girl said; “He used to bite his lip whenever he talked to me, which made me uncomfortable.”

“The culture is to shame a person who complains,” source revealed.  “Cover-up is the usual reaction. But this is also because parents don’t want to take action. A mother, who said her daughter complained about the school security guard ogling at her, said she solved the problem by making her daughter wear abaya to school rather than complain,” she said.

The District Education Authority constituted an Inquiry Committee on Tuesday to probe the allegations further.

Principal of Government Islamia High School, Cantt Mr. Ghyas Sabir is appointed as the committee convener. The goal of the committee is to dig out facts and submit a report in 3 days along with recommendations.

I will deal with the case in Lahore Grammar School 1A1 myself. Have talked to the Principal this morning. Getting all the details. These Children are my Children. I will protect them. This case will be brought to a proper conclusion according to law. Make NO mistake about it.

What do you think about this issue? Let us know in the comments below.