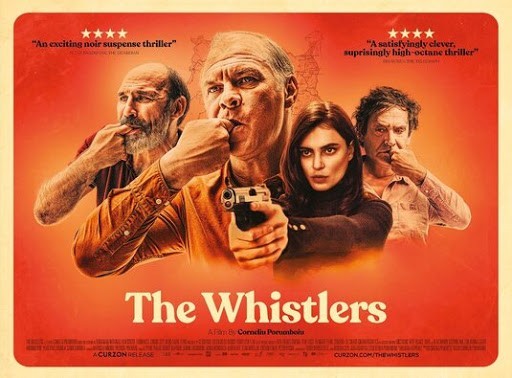 The year 2020 has been an unpredictable one for the movie industry. No one expected that a pandemic will hit us, leading to a worldwide lockdown and theaters being shutdown for this long.   Movies that had to be theater maestros are now being released online and have received great response. Since people are quarantined at home, they are looking for outlets to keep themselves entertained.

For this reason, with an uncertain cinematic future awaiting and with us almost halfway through 2020, we have decided to curate a thorough list of the 10 Best Hollywood Movies of 2020 so far!

Directed by Kitty Green (Bleecker Street), The Assistant is a movie about the life of a working woman trying to survive in the #MeToo era. Julia Garner (of the popular Netflix show Ozark), has fantastically portrayed a junior assistant who is young, energetic and while assisting in menial tasks like making copies, and getting food orders for her womanizing bosses, she realizes the toxic culture of the organization and decides to raise her voice.

Directed by Eliza Hittman (Focus), the movie is an experiential and painful, quest of a young woman getting an abortion. Sidney Flanigan, the protagonist unspoken pain and intense reserve really speaks to the viewer. This film, which otherwise would not have gotten much attention in mainstream cinema is, a fantastic journey towards freedom and difficulties of coping with ending something. This maybe the best movie of 2020, yet.

A movie quite fitting to this time, Bloods is packed with action and entertainment. It beautifully sheds light on racial injustice and Black patriotism. An engaging war drama about African American vets who come back to Vietnam, realize old problems still haunting them.

Watch this movie on:  Netflix

Dir. by Cathy Yan (Warner Bros.), Harley Quinn Birds of Prey, starring Margot Robbie, is about an open season on Harley Quinn when her breakup with the Joker puts a target on her back. She is on the run and uprotected, facing the wrath of thugs like Black Mask and similar others.

However, soon things turn out in her favour as Harley forms friendships with Black Canary, Huntress and Renee Montoya, three deadly females.

Dir. by Jeff Barnaby (Prospector Films), Blood Quantum is a Canadian horror movie about zombies. The dead are coming back to life in this movie, in an isolated place in Red Crow, however, the twist in the plot is, that the residents are all strangely immune to zombies!

This one is a treat for horror movie buffs and zombie lovers.

This outstanding thriller, starring Elizabeth Moss and directed by Leigh Whannell explores the abuse a woman faces by a force unseen by anyone else, and apparently no one believes as she insists it’s her dead ex. This thrilling will keep you at the edge of your seats the whole time.

Directed by Corneliu Porumboiu, The Whistlers is for crime thriller buffs! The movie addresses genre conventions while still exceeding our expectations. The detective Cristi, played by the Romanian actor Vlad Ivanov, goes on an assignment in the Canary Islands, where he gets involved in a local mob intrigue while learning a whistling-based dialect which will help him unlock a case at home.

8. True History of the Kelly Gang

This Disney’s film production is about Alexander Hamilton and the early American days. A fantastic history lesson, amazing character study and catchy songs, this 2020 movie is a must-watch.

A tale told over several decades, Tigertail is a fantastic family drama that revolves around a Taiwanese man (Tzi Ma) who struggles to make a connection with his daughter (Christine Ko) who is a workaholic. He has left love behind years ago and comes to America in search of a better life.

Watch the movie on: Netflix

Which out of these is your favourite? Let us know in the comments below.