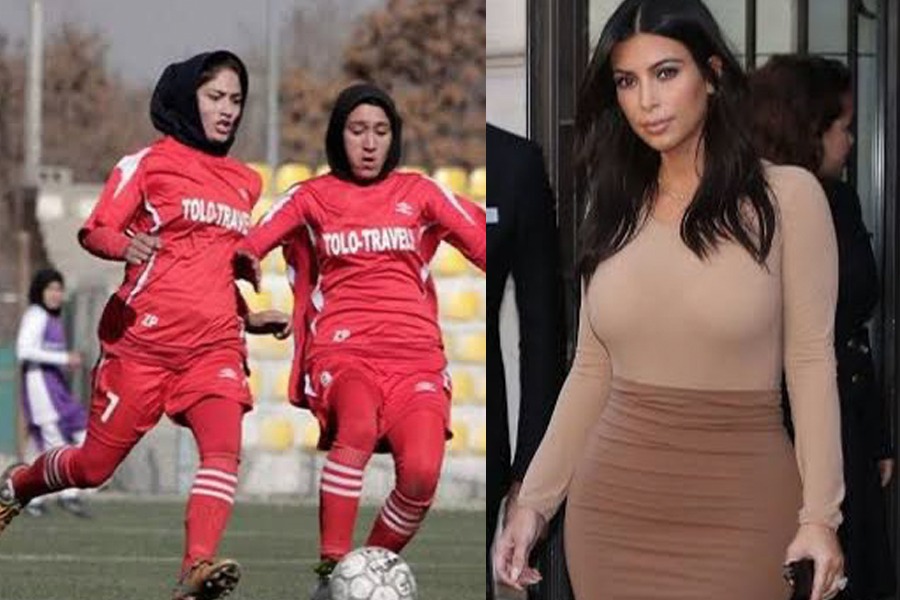 On Thursday [18 November], members of Afghanistan’s youth development soccer team flew from Pakistan to the United Kingdom (U.K.) with the help of a New York rabbi, a U.K. soccer club, and Kim Kardashian.

The reality star Kim Kardashian rented a plane that carried 30 teenage players with 100 family members to Stansted Airport near London. There, the authorities will hold the 130 people to fulfill their 10 days quarantine for coronavirus before they begin their lives in Britain from the beginning. In the U.K., the English Premier League club Leeds United will also be supporting the players in their sports careers ahead.

Many developed and underdeveloped countries across the globe helped thousands of Afghanis evacuate from Afghanistan when Kabul fell to Taliban militants in August.

Since then, many people have left Afghanistan and moved to neighboring countries in hopes of traveling to the West and starting over. During the crisis in the country, women were heavily policed. Playing sports is considered an act of resistance against the new government, and so hundreds of female athletes left Afghanistan to follow their dreams and passion.

Even though the reports suggest that the future of women from in Afghanistan onwards seems to be dark, Enamullah Samangani, a member of the Taliban’s cultural commission who represents the first comments on governance, suggested otherwise in August. As per the representative, the Taliban have declared an “amnesty.” They are urging women to join its government. Samangani said, “The Islamic Emirate doesn’t want women to be victims. They should be in government structure according to Shariah law.”

Malala Expresses Concern for Women in Afghanistan, Says She is Still Recovering from Just One Bullet. Read the full story here:

On Tuesday, Nobel Laureate Malala Yousufzai expressed her concern for the women in Afghanistan. She narrated her struggle nine years ago due to the group which currently governs Afghanistan. Malala said she was in Boston for facial paralysis surgery after numerous surgeries in the past nine years in a blog post. This was when she observed the developments in Afghanistan after the U.S. withdrew its troops from the country after 20 years.