Iqra Aziz Talks About Age Difference in Marriage, & Growing up in Saddar 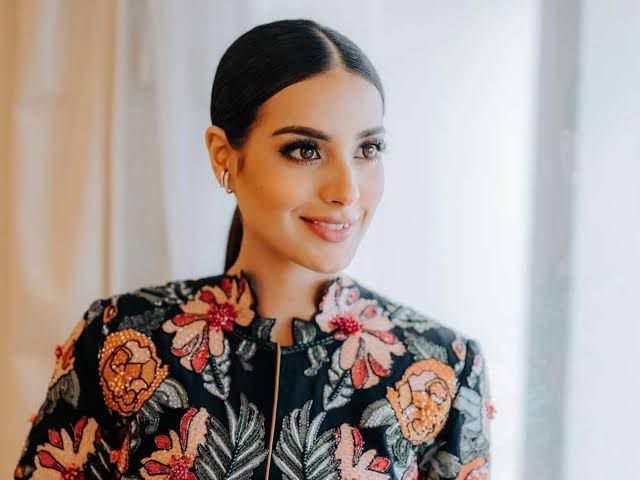 Pakistani actress Iqra Aziz sat down for an interview with FUCHSIA Magazine. She shed light on multiple subjects such as her childhood spent in the streets of Saddar in a close-knit neighbourhood, age difference in marriage and much more.

Aziz has been away from the screen lately, but we remember her as a promising actor who has delivered hits after hits due to her raw talent and excellence in craft.

Aziz revealed that her father passed away at the age of 12. Her mother, who was now single, worked, which left Aziz on her own, doing things for herself, which helped nurture her confidence. She attended a convent school in Saddar, where she had to walk to get on a bus and from the bus to school every day.

Her commute back was similar, but she was home alone, unlike other kids. She often prepared food for herself, such as roti and chawal, as her mother had already prepared the curry before leaving for work. It was tough, but it taught her important life lessons.

She shared, “I grew up going out into the streets in Ramazan and playing on rides because the area is so busy. I have spent my life there, and my mother and grandmother had also lived their whole lives in the area. We lived there for over 30 years. Everyone knew us… I am so thankful that I got to live that life. I have seen that phase. I know how to be street smart and I know how to deal with people. I know how to conduct myself when I go out into the crowd.”

There is an 11-year-old gap between Iqra and Yasir. The host asked Iqra what benefits it would serve to marry an older person. Aziz replied that obviously, with age comes experience, and you are at liberty to learn from them. She said these experiences have groomed her and had made her a better person. It is not about depending on them but the advice they can give over matters they have come across and experienced before.

Reporter Claims Ahad Raza Mir Cheated on Sajal Aly with Another Actress from the Industry. Read the full story here:

A reporter has claimed that Ahad Raza Mir cheated on his wife, Sajal Aly, with another actress from the industry. Pakistani entertainment industry’s famous couple, Sajal Aly and Ahad Raza Mir, have parted ways legally. The news was confirmed last week. It has broken the hearts of thousands of fans across the globe. Many speculate on what caused the actors to separate and are coming up with various reasons.