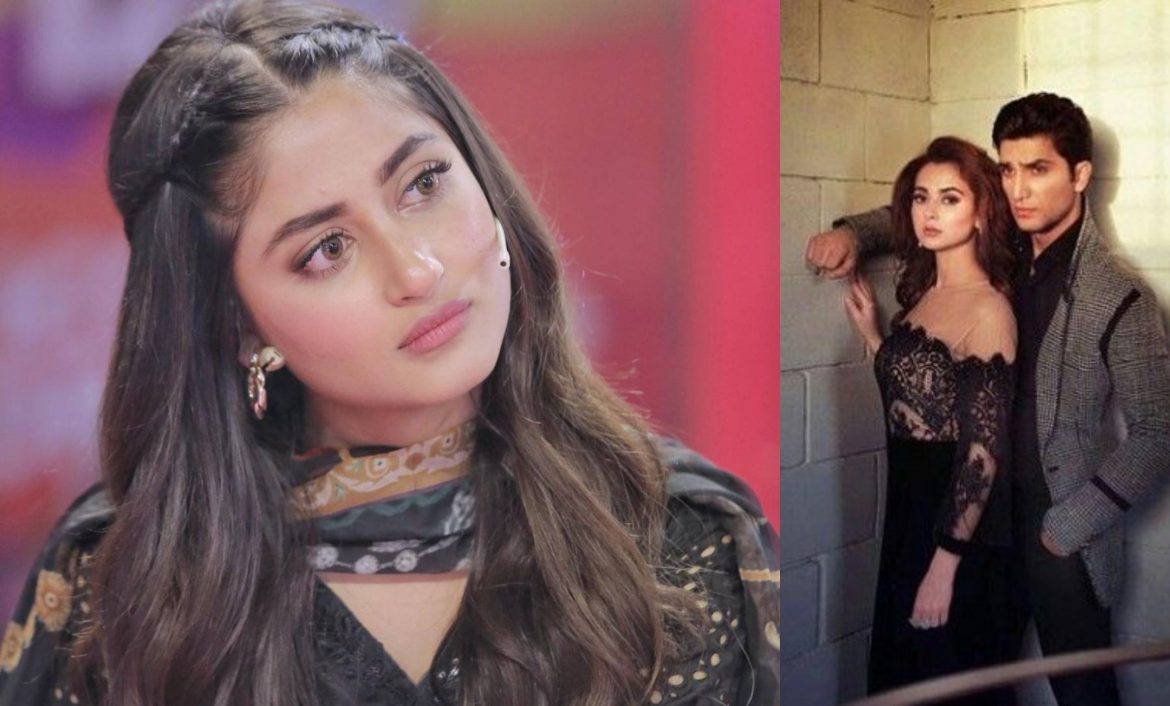 A reporter has claimed that Ahad Raza Mir cheated on his wife, Sajal Aly with another actress from the industry.

Pakistani entertainment industry’s popular couple, Sajal Aly and Ahad Raza Mir have parted ways legally. The news was confirmed last week. It has broken the hearts of thousands of fans across the globe. Many are speculating on what caused the actors to separate and are coming up with various reasons.

Amid various speculations, a journalist has come forward and revealed the reason behind why the two separated. It was due to Ahad cheating on his wife Sajal with another actress. Journalist Matloob highlighted many people in the media know about Ahad Raza Mir’s personality, the kind of person he is, the kind of affairs he has had in the past.

He said he has a chance to come out as a big person and accept that he cheated and it was he who is responsible for the divorce due to his ‘mistake’. Matloob then addresses that he was cheating on his wife Sajal with a star from the industry. He was caught red-handed with another actress, and many in the industry already know about this.

Matloob concluded by saying that let’s hope Sajal gets better things in life ahead.

On Twitter, few users have pointed out that this is in fact true and they have found out from different sources that Ahad Raza Mir is dating Hania Aamir.

Following the rumor, a Twitter user pointed out that Ahad Raza Mir and Hania Aamir together will look great as a couple.

In the latest developments, sources confirm that Sajal Aly and Ahad Raza Mir are legally divorced now. Fans were already speculating the divorce rumors for some time now but were confirmed they had separated when Aly changed her surname two days ago. Today sources have confirmed the news that the couple has called it quits. Sajal and Ahad tied the knot in March 2020 and have now separated in March of 2022.