Imran Abbas Says Meera is Perfectly Fine, News of Her Being Unwell & Admitted to a Hospital is Fake 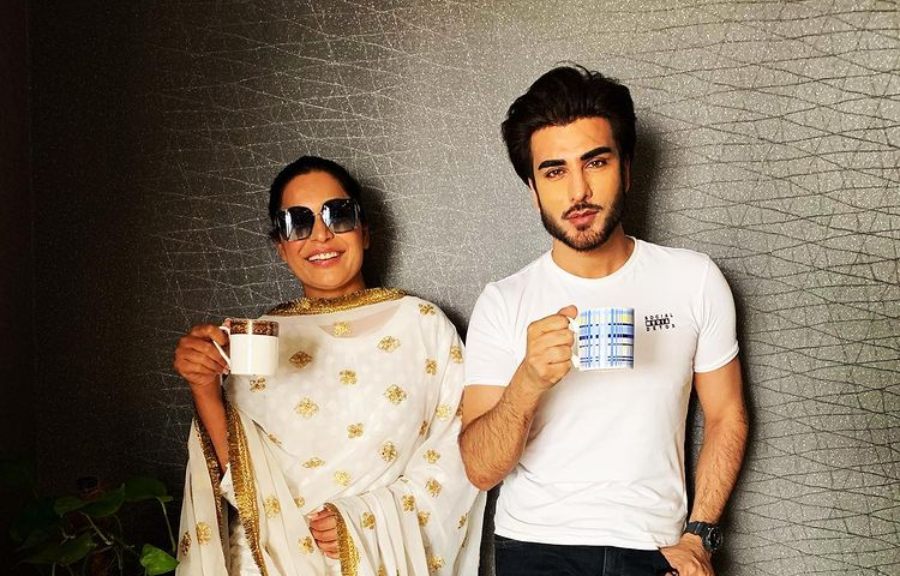 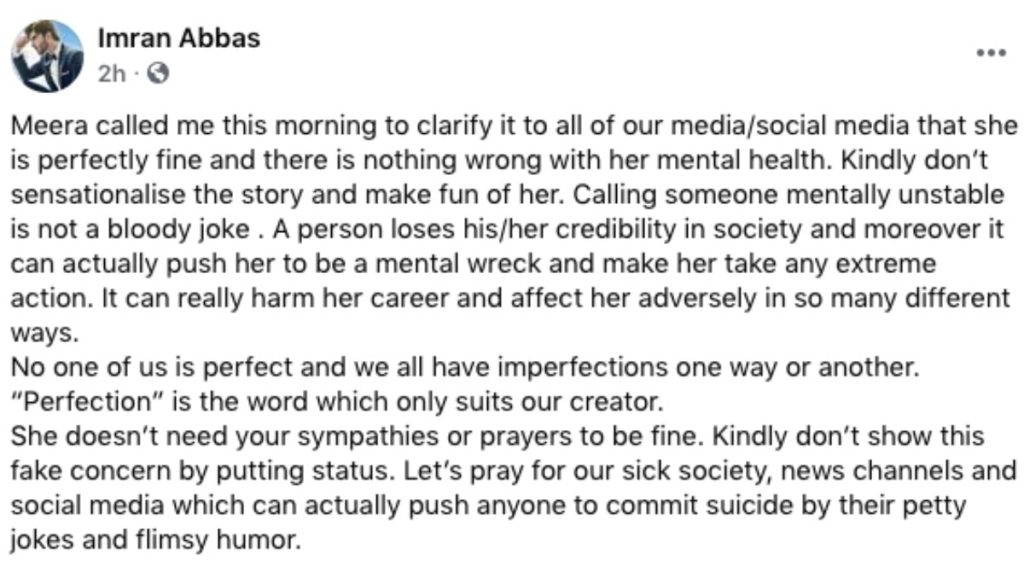 He wrote in a post, “Meera called me this morning to clarify it to all of our media/social media that she is perfectly fine and there is nothing wrong with her mental health. Kindly don’t sensationalise the story and make fun of her. Calling someone mentally unstable is not a bloody joke.”

Internet users were seen making fun of the scenario, even though the news involved a sensitive topic. The actor was furious. He added,  “A person loses his/her credibility in society, and moreover it can actually push her to be a mental wreck and make her take any extreme action. It can really harm her career and affect her adversely in so many different ways.”

He reminded everyone that the news of someone getting sick is not a topic to joke about. “No one of us is perfect, and we all have imperfections one way or another. ‘Perfection’ is the word which only suits our Creator.”

He concluded his post by saying, “She doesn’t need your sympathies or prayers to be fine. Kindly don’t show this fake concern by putting statuses. Let’s pray for our sick society, news channels and social media, which can actually push anyone to commit suicide by their petty jokes and flimsy humour.”

How Did the Rumour Began?

A clip of Meera’s mother made rounds on social media where she told a correspondent of a local news channel that her daughter is admitted to a hospital due to her mental health with force. She said,  “She was protesting against the decision, pleading that she wasn’t mental, but they said they are going to run some tests.”

“I’ve been trying her personal number since morning, but no one’s picking up.”

A local publication reached out to Meera’s manager, Muhammad Qasim, who said Meera also said she is perfectly healthy mentally and physically. He said, “It seems like Meera’s mother is spreading rumours to resolve a personal dispute, and I have nothing more to add because she is, after all, her mother.”

According to Meera’s manager, there is an ongoing dispute on a property which is why this has happened. He also said, “She has on a number of occasions spoken publicly how her family loots her all the time.” That is probably the reason why Meera is also avoiding her mother’s calls.