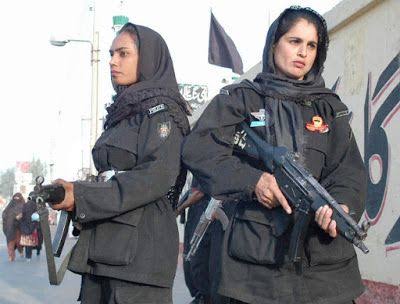 The first Provincial Women’s Police Conference was organized in Lahore on Monday in collaboration with Punjab Police and USIP.

The Punjab police force in Pakistan is taking a major step towards gender equality by increasing the number of women officers in its ranks.

Inspector General Police Punjab Aamir Zulfiqar Khan said on the occasion that women officers and officials are a very important part of Punjab Police who are being appointed in various districts from the positions of SHOs, in-charge investigation to the district police chief.

The IG Punjab said that the recruitment quota of women in the police force will be increased by 25% and the posting quota of women SHOs will also be enhanced according to the district.

This move is part of the government’s commitment to increasing the participation of women in the police force.

The Punjab police force has been working to make sure that women have equal representation in the force.

This includes recruiting more female officers, creating a gender-sensitive working environment, and ensuring that female officers have the same opportunities and rights as their male counterparts.

The Punjab police force has taken several steps to increase the number of women officers in its ranks.

Second, the police force has also created a gender-sensitive working environment. This includes providing a safe and secure work environment, as well as ensuring that female officers receive the same rights and opportunities as their male counterparts.

Finally, the Punjab police force has also taken steps to ensure that female officers have access to the same resources and equipment as their male counterparts.

This includes providing the necessary equipment and resources to help female officers perform their duties.

This move will help to ensure that female officers are given the same rights and opportunities as their male counterparts.

This move is also an important step towards encouraging more young women to join the Punjab police force.

By increasing the number of female officers in the force, young women will be able to gain experience, develop their skills, and make a difference in their communities go curb crimes and encouraging more victims to speak up against their abusers and wrongdoers.

By taking these steps, the Punjab police force is showing its commitment to gender equality and creating a more inclusive and welcoming environment for young women. This is an important step towards creating a more equal and just society.

Trigger Alert: Indian Women & Underaged Girls Are Being Sold as Brides in Kashmir

3 Exciting Things About Karachi’s Electric Bus You Should Know