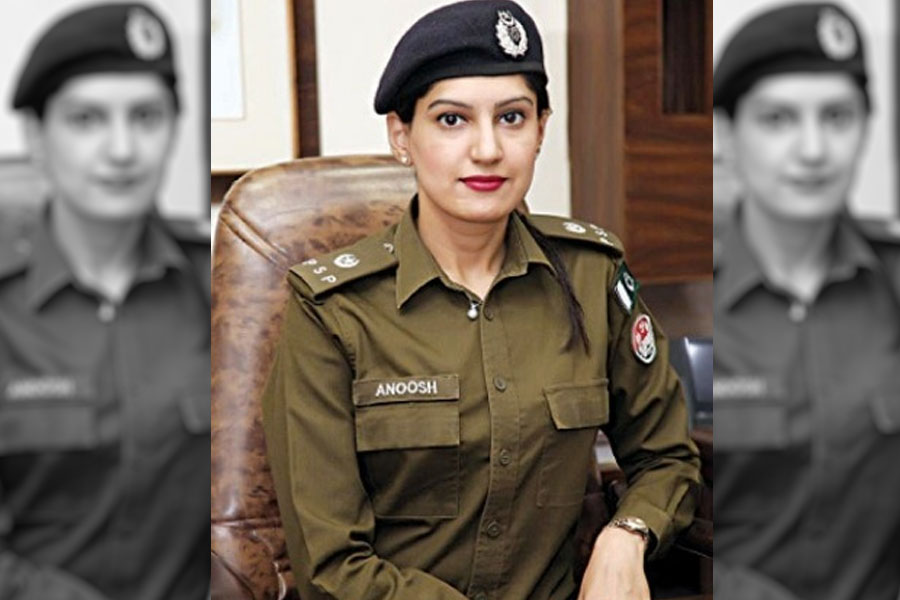 Dr. Anoosh Masood Chaudhry has made history by becoming the first female to be appointed as SSP Operations Lahore.

She has served in Lahore as SP in Cantonment and Model Town police divisions, besides serving as an assistant superintendent (ASP).

After doing MBBS first, she became a doctor, and then she took the CSS exam. After clearing the CSS, she became the first female ASP of Khyber Pakhtunkhwa.

Social media celebrated her appointment and praised her for this historic achievement. Moreover, they added that having a woman in such a position will help Pakistani officers curb crimes against the gender more efficiently.

No doubt her appointment is a major reason to celebrate as the majority of the officers in the Punjab force are men. Reportedly, the Punjab Police has around 175000 personnel.

However, there are only 4000 women on the force which is less than 1%. Therefore, it is a welcome development for Pakistan when women break the stereotypes and assume leadership roles in the police force.

As per Global Village, female officers have also proven to be an asset to Pakistan, for example, back in 2019, the first female Station House Officer (SHO) of the Pakpattan district, Kulsoom Fatima, solved 200 rape and sexual abuse cases in just two months after her appointment.

Previously in 2019, in a test to judge the performance of senior supervisory police officers, Dr. Anoosh Masood secured 1st position among the SPs of all six divisions of the provincial capital by scoring 346 marks.

Congratulations to SP Anoosh Masood Chaudhry for coming out on top in departmental performance test. After proving that women can be whatever they want, now women are practically raising the bar of performance & excellence in every field they join.
More power to women! pic.twitter.com/onwP7VvCsp

The positions were announced on the basis of the marks awarded by Lahore’s Investigation Headquarters after analyzing the crime data of the six police divisions of the city.

On the other hand, in 2018, Dr Anoosh Masood was declared as Lahore’s best crime fighter for 2018. As per reports, under her brilliant supervision, the Model Town division for investigation had successfully filed challans in court for 74% of the cases that came to them in 2018.

Will 2023 be the Year of Pakistani Women?