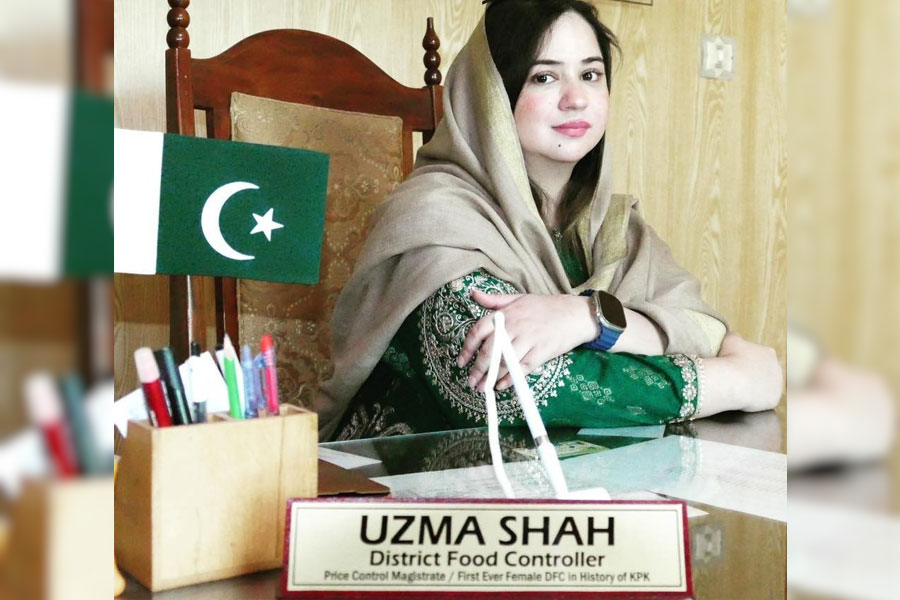 Syeda Uzma Shah is the first ever woman to have been pointed as the district food controller of Mansehra, KPK.

Ms Shah who previously holds the title of first-ever female assistant commissioner in the province in 2015, says that she has worked hard to prove that women can work as hard as if not better than men.

Earlier in October 2022 when she was appointed, she stated “I am glad as this is a great honour for me to be appointed the first-ever female district food controller in the province,” she further added “In our society, girls mostly prefer to join traditional health and education professions as doctors and teachers. But now they could join other fields too.”

Uzma Shah since then has worked hard and personally paid surprise visits to flour mills, markets and godowns, where wheat and other essential commodities had been hoarded. Moreover, according to her, if she could achieve a milestone other women should as well, asking them to make their place in every profession.

“As the district food controller, I will prove that the women officers are also as competent as their male counterparts,” Ms Shah said. “I would ensure quality control of wheat flour and other food commodities being sold in my district of posting,” Ms Shah added.

In an interview with ARY, Shah shared that people in KPK have openly accepted her and contacted her through calls and messages calling her the pride of the city.

We are delighted to see Uzma Shah in this position and hope that she gets all the moral support needed. Moreover, we also hope that she encourages more Pakistani men as well as women to enter government jobs and work towards a better and equal Pakistan.