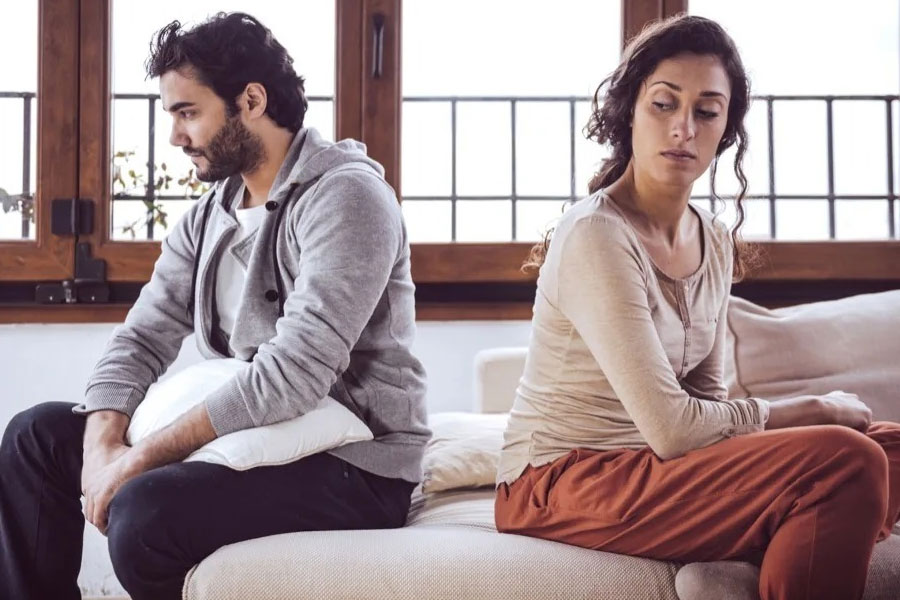 Inflation has become a global crisis, whether you belong to the lower, middle, or upper class, we all are struggling to make ends meet.

With a drastic rise in taxes, prices, and pretty much everything, the value of everyday essentials, clothes, electronics, and everything in between has risen and almost doubled.

School fees, rents, and bills have also been affected, not to mention the sudden hike in petrol prices. But, little does one understand the strain inflation has currently been putting on one thing that is important to all of us, our relationships.

“It depends on where you are in the class-caste pyramid,” Harvard-educated economist Shrayana Bhattacharya told VICE. “If you have limited access to the luxury of family wealth and savings, and the country witnesses a massive increase in living costs, single women with lower paying jobs relative to [single] men, may feel greater incentives to marry a man with a home and steady income.”

Homemakers are finding it hard to deal with the financial crunch as prices are rising, but the salary earnt is the same. Some individuals had lost their job due to COVID-19 and the inflation crisis at hand, causing even more tension in their households.

Bhattacharya added that migrant single women may not date much, if at all, as the cost of going out to mingle may be too high. This clearly shows that those who are unmarried are also suffering the consequences of those who have a spouse and children.

According to a report by Forbes, economists have long noticed a link between inflation and divorce. Some studies suggest higher inflation as a reason for preserved family ties and stronger marriages. These studies claim that economic recession pushes married couples to consider alternative options other than divorce to save costs.

“Financial distress has an ambiguous effect on families. For families facing a lot of personal financial stress, it can fuel marital conflict and instability. But, surprisingly, in the population at large it makes people more appreciative of their family bonds, including their marriages.” said W. Bradford Wilcox, Director of the National Marriage Project at the University of Virginia.

“So, at least in the midst of major financial traumas, you typically see marital commitment rise and divorce come down. So, if inflation keeps raging, I’d expect marriages to be more stable,” he said further.

Some economic analysts believe that the option of divorce during inflation may be different for households and largely depends on their economic status. “Inflation and monetary policy are nuanced and complex things and don’t have a simple or linear impact across different households. To start with inflation, high food and energy prices impact lower-income families much more than they do high-income families as food and energy represent a much larger portion of disposable income for lower-income households,” said David Bahnsen, founder and Chief Investment Officer at the Bahnsen Group.

There are a couple of ways a couple can improve their savings and maintain a healthy relationship.

How to Save During Inflation

1. Cut Down on Extra Expenses

Instead of drifting apart, couples need to communicate and stick together. They need to firstly make a list of their expenses and try to cut down on extra spendings starting from cutting down on junk food to sticking to a budget and list-only buying method.

Couples can also do a SWOT analysis by listing down the pros and cons of certain purchases or expenses to weigh if the expense is worth the finance.

Moreover, try to keep an emergency amount that can only be spent in the worst of situations to help you get by a couple of weeks if not months until you find a better job or alternative income source.

It is highly important to understand that divorce or separation will not solve the issue at hand but can likely increase it. Hence, it is vital that the couple talks it out and resolves the matter to come together and resolve the matter at hand. If your partner is unwilling to spend or invest money in a certain item, appreciate them and try to see from their perspective why have they decided against it.

Working a full time job? Try landing a freelance gig or start a home business that your spouse or family can help run. Several households have started home~based food businesses during COVID19 to keep up with the expenses.

Have any other helpful tips? Share them with us in the comments below.

Stay tuned to WOW360 for more news and latest updates.