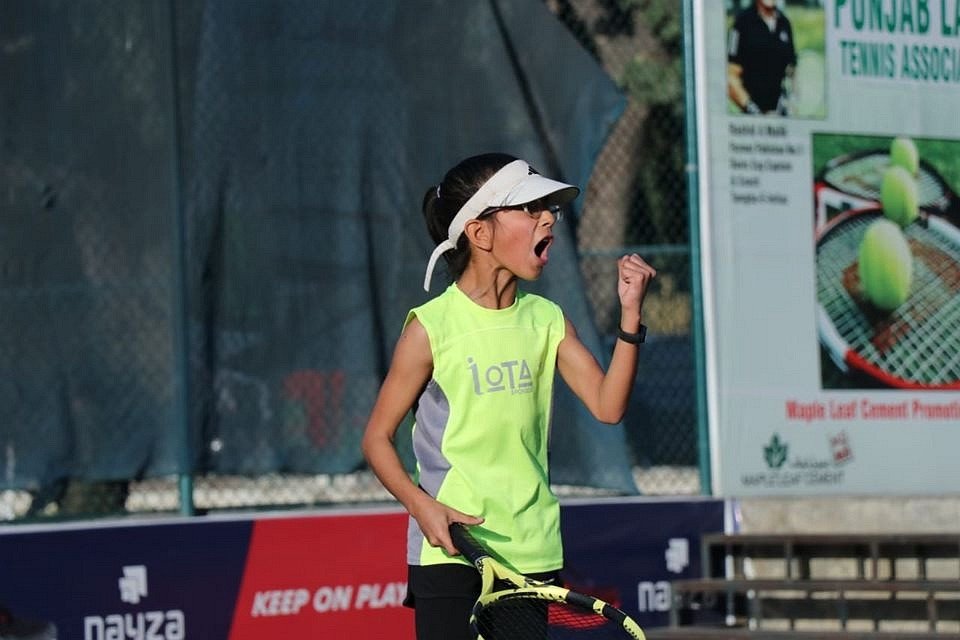 Minhas has created history yet again by defeating Tunisia in her final group match.  She beat Tunisia’s number one, Zeineb Jaiez, 6-0, 6-0. She has made her country proud by achieving her position in the Final 8 out of 24 finest females in the Tennis World Championship.

In Jan 2022, Minhas became the first Pakistani to be ranked in the top 3 Asian Tennis Sports. She achieved this goal at the mere age of 10. Haniya’s father, Muhammad Minhas, cheers his daughter’s accomplishments on social media. Haniya partook in the Under-14 Sobir Cup ATF Tournament in Dushanbe, Tajikistan. She won 2nd seed against Sumaya Tukhtaeva of Tajikistan 6-1, 6-0 in straight sets in the tournament’s Final.

Muhammad Minhas said on social media that his daughter had played many tennis matches against international players. However, her win against Tajikistan has put her on the map. Haniya was sponsored by the BARD Foundation (Bilquis Abdul Razak Dawood Foundation).

Haniya has several other accolades under her belt. She is the first girl in the World to Win 90 professional tennis tournament titles. She is the youngest in history and a Pakistani to Win the Asian Tennis Championships. She is also the first in Pakistan to win an Asian Tennis title.

Because of her dedicated career in tennis and her many accolades, Haniya has also been invited by Pepsi and ARY for the Pakistan Sports Awards as the Emerging star of the year.  With her tennis career, she has inspired many girls to pursue sports and become prodigies in their fields at such a young age.

In a first for Pakistan, a woman named Heer Soho has been appointed the chief of her tribe in the southern Sindh province. For Soho, it is a tremendous honour. Heer Soho is a lawmaker at the provincial assembly of Sindh. Like all cases, Soho also had a robust support system – her family and the community members running the clan’s affairs. The previous chief of the tribe and Heer’s father, Muhammad Ismail Soho, passed away in February due to coronavirus.