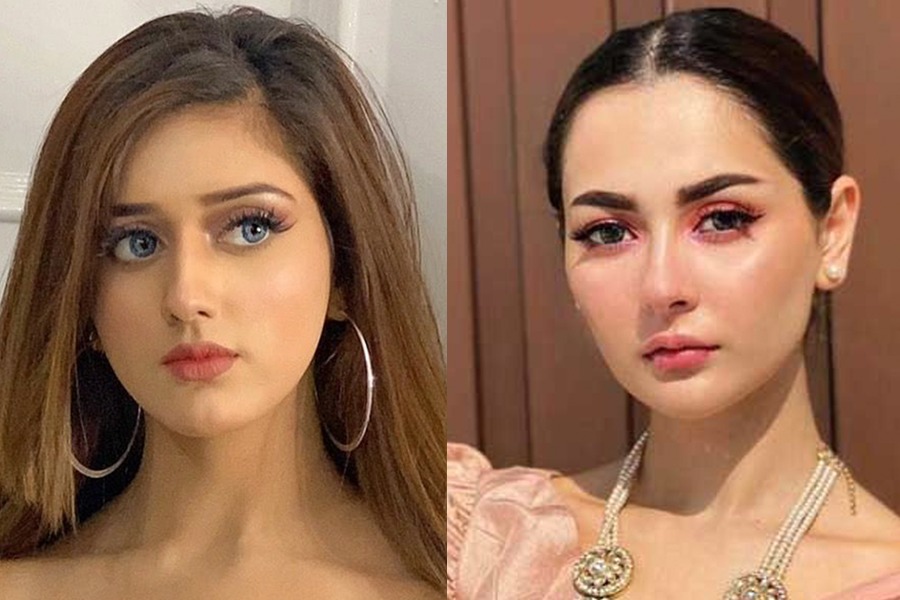 Over the weekend, Hania Aamir‘s video was heavily criticized by many on social media for being indecent. The video clip shows Hania showing affection towards Ashir Wajahat, who is heard calling her ‘baji’,

While the scenario started getting ugly, Hania’s ex-boyfriend Asim Azhar jumped into the narrative leaving a cryptic tweet that said, “Alhamdulilah.”  Azhar has maintained silence since his breakup with Hania Aamir, and now, he finally chose this moment to break his silence.

All hell broke loose, and Azhar started to trend on social media for his cryptic tweet.

That didn’t go down well with Aamir, who was already dealing with a lot of hate and misogyny online for the controversial video.

She said in a tweet, “You can either be a celebrity or a bitter ex with no dignity.”

You can either be a celebrity or a bitter ex with no dignity.

The tweet was fire and so Asim had to reply to it.

All in all, things turned ugly. Aamir said she’s calling out Cyber Bullying because people need to understand that they can’t just say things online whenever they like – in the case of Azhar, while Aamir was already facing backlash.

Another instance is of Bushra Ansari leaving a comment on TikToker Jannat Mirza’s picture on Instagram. Ansari called the TikToker out for disrespecting religions. She said,

The comment didn’t sit well with Mirza. She replied,

While these are just other tragic and ugly cross-overs on the internet we have witnessed today, it has become painfully frequent for celebrities to share cryptic tweets and bully each other online. For instance: when Nabila left a nasty message for Nadia that was shared publicly, or when Yasir Hussain felt the need to bully Nausheen Shah live on TV,
or when Umar Sayeed felt the need to leave an ugly response to a headline about Nausheen Shah and so many more.

Gossip columns thrive on such news after sensationalizing the headlines, but at what cost – someone’s mental health or someone’s confidence? It is high time celebrities learn to go back to old-school ways of resolving issues with other fraternity members.